Central Asia claims zero cases of coronavirus, but the economic symptoms are everywhere. This and more in our monthly briefing on Chinese business in the region. 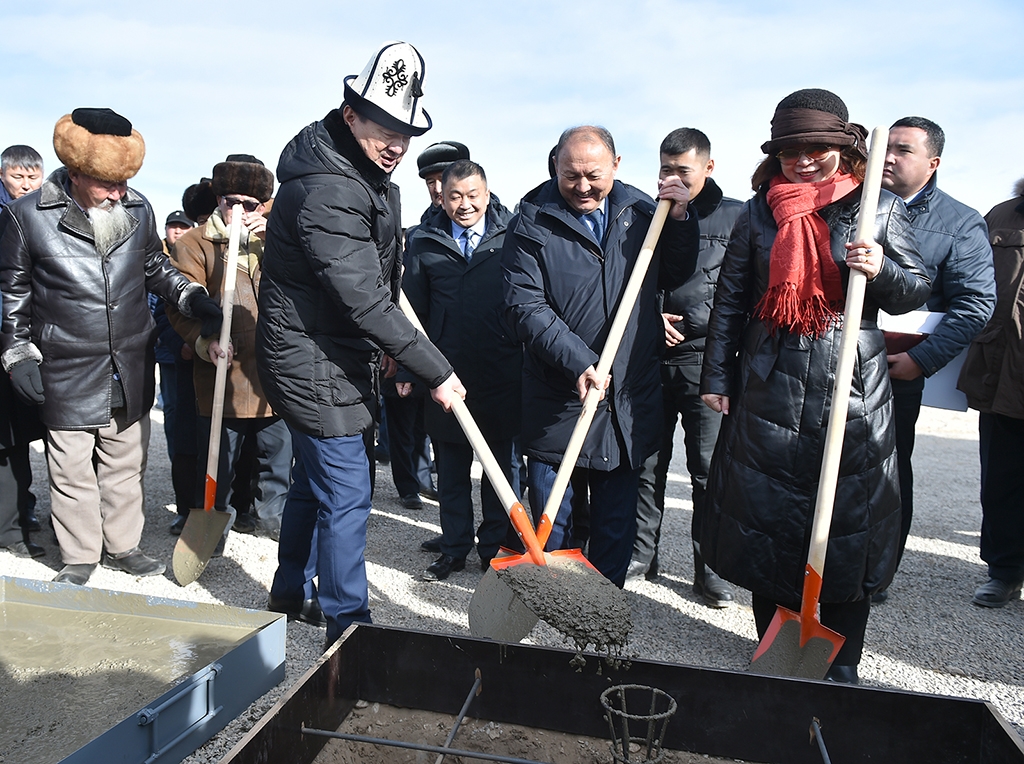 The five states of Central Asia were among the first to slam shut their borders with China at the start of the COVID-19 outbreak. Though all five still claim – in the face of healthy skepticism – zero cases of the novel coronavirus, supply disruptions and economic anxiety have swept the region.

Banana prices in Uzbekistan fell 60 percent as consumers feared the fruits were arriving from China. In Bishkek’s Junhai market, a crowd forced Chinese traders to close up shop on February 29. Turkmenistan has largely barred its citizens from leaving the country.

In more sanguine quarters, the damage is beginning to add up. For the first time in three years, China is not Uzbekistan’s chief export destination, data from the Uzbek State Statistics Committee show.

Uzbekistan postponed a major investment forum scheduled for this week. And though Tashkent has cancelled flight connections with China, in Hebei Province a train departed for Uzbekistan on February 26, the regional government’s news service reported.

A number of infrastructure projects in Central Asia have been paused as Chinese workers and supervisors are barred entry, says a source in China who facilitates paperwork for Chinese laborers, adding that only a small number of Chinese projects in the region are staffed at normal levels.

Local governments in China are adjusting how they do business. Chongqing city authorities have begun signing contracts over online video chats, rather than in person. A deal to open an office of the Union of Kyrgyz Industrialists and Entrepreneurs in the city was inked in this “cloud signing” manner on February 15, Xinhua reported.

Kyrgyz protestors give China the boot

On February 18, over 1,000 protestors, some on horseback, rallied against a $280 million Chinese trade and logistics center in the mountainous Naryn region near the Chinese border. Demonstrators feared the center would erode Kyrgyzstan’s sovereignty. It was scrapped that day.

According to the Chinese partner, One Lead One Trading Limited, the Kyrgyz government pulled the plug. A source close to the negotiations later told Sina Finance News, one of China’s largest news conglomerates, that the Kyrgyz government now owes the company about $650,000 for breaking the contract.

The At-Bashi industrial, trade and logistics center was designed to turn Kyrgyzstan into a transit hub connecting China with Central Asia and beyond, the Chinese partner, Liu Ying, told a Xinjiang government news portal. At-Bashi would compete with the Khorgos dry port on the Kazakh-Chinese border, which had taken some business from the massive Dordoi market outside Bishkek.

Construction began in December, at a ceremony attended by Kyrgyz Prime Minister Mukhammedkaliy Abylgaziyev and Chinese Ambassador Du Dewen. At the time, Abylgaziyev hailed the logistics center as a “clear example of friendship and trust between the Kyrgyz and Chinese peoples.” He added that it would provide 9,000 local jobs.

Fast forward two months and Kyrgyzstan looks further isolated; the cancellation cements Kazakhstan as China’s Central Asian transit hub. As Sina opined on February 25, “It is not difficult to see that Kyrgyzstan has tasted a lot of sweetness with the help of Chinese capital in recent years due to its geographical advantage (long border with China). The decision to cancel the [At-Bashi] project will undoubtedly reduce the image of this Central Asian country in the hearts of Chinese investors.”

Separately in February, a team from Xinjiang Hualing Industry and Trade Group proposed a logistics hub on the Uzbek-Kazakh border, Uzdaily reported. Chinese officials also talked up Kazakhstan as a transit route for Russian coal and gas.

On February 29, Chinese Politburo member Yang Jiechi embarked on a five-day tour of Kazakhstan, Tajikistan and Uzbekistan. Prior to the COVID-19 crisis, President Xi Jinping had been scheduled to headline the tour.

Yang is widely seen as a serious powerbroker, not just a policy implementer, and a sometimes-rival to Xi. If his visit were to include major business deals, then someone like Foreign Minister Wang Yi would come along. State media this far has said little about Yang’s visit, describing it as a bid to reaffirm Beijing’s status in the region while informing China’s neighbors about efforts to fight COVID-19.

Uzbekistan is close behind, with plans to launch 5G service on Huawei networks this year, said Olimjon Umarov, the deputy minister for the development of information technology and communications, on February 20. (Though in both countries international internet connections can be so slow as to make 5G moot.)

Tajikistan showed off newly acquired Chinese military gear, including a number of armored vehicles, during a February 21 parade in Dushanbe. Jane’s Defense Weekly believes the vehicles were provided by China as donations.

Earlier this week, Bradley Jardine and Edward Lemon published this commentary on China’s business and military strategy in Tajikistan.

Belt and road to your heart

The Chinese Embassy in Tashkent has invited children from across Uzbekistan to enter a drawing contest. Submitted works will not be critiqued or returned, the call for entries warns. But perhaps the subject – “One Belt, One Road in My Heart” – can distract a weary parent from the economic anxieties these days along the path of Beijing’s signature international infrastructure project.