Beijing wants its neighbors to believe it is not abandoning them. 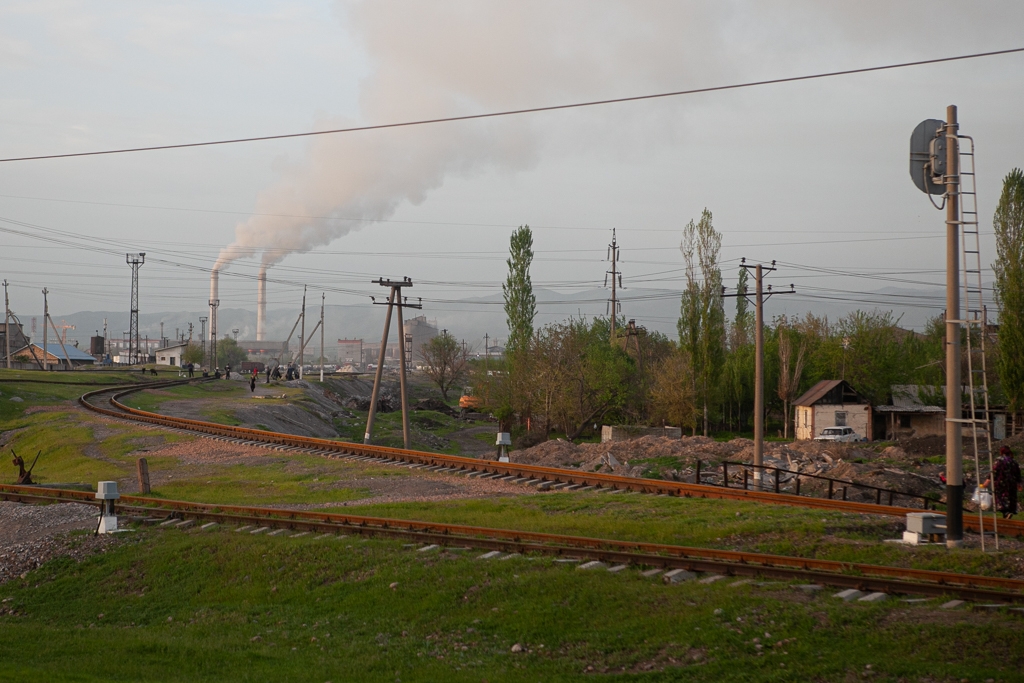 A Kazakh bureaucrat sifting through the heaps of dire economic news these days would be rewarded by a glance at Chinese customs data.

Exports to China grew 11.1 percent year-on-year in the first five months of 2020, according to Beijing’s statistics. By contrast, Uzbekistan’s exports to China fell 47 percent in the same period; Kyrgyzstan, Tajikistan and Turkmenistan all saw exports to the People’s Republic fall over 20 percent.

It has a longer history integrating with China. Exhibit A: the trade hub they share at Khorgos and the region’s only direct train line to China. At other frontier posts, truck drivers must sherpa their wares across. Under coronavirus-related restrictions, China has banned these drivers from crossing and placed other restrictions on trucks. Not at Khorgos, where the dry port allows cargo to cross unmanned, which is also faster. (The Chinese have not closed Khorgos during the pandemic, though Kazakhstan did close its side from late January through early March, which explains the 24 percent decline in Kazakh imports from China in that period.)

Kazakh farmers have been well-placed to benefit from the Trump administration’s trade war. Its exporters already had experience meeting Chinese customs standards for meat, tobacco, fruits and nuts. Trade experts in Kazakhstan probably understand these rules better than elsewhere in the region, though Uzbekistan is striving to catch up with assistance from the Chinese Embassy in Tashkent and lobbying help from the Uzbek Embassy in Beijing.

Not all of Kazakhstan’s southern neighbors appear eager for a piece of this bountiful pie, however.

On June 5, China, Kyrgyzstan and Uzbekistan inaugurated a new rail-to-road transport corridor to be managed by China Railway Express, a Chinese-German-Russian joint venture. Twenty-five containers of electrical goods were transported by train from Lanzhou west to Kashgar, where they were loaded onto trucks to cross the Kyrgyz border at Irkeshtam. In Osh, they were loaded again onto trains to make the crossing into Uzbekistan.

The three countries have been discussing a railway link across southern Kyrgyzstan since the late 1990s.

One might think an end to Kazakhstan’s monopoly over the tracks connecting China to Central Asia and points west would appeal in Bishkek. But as Central Asia analyst Bruce Pannier recently noted, the Kyrgyz don’t like the route because it bypasses major towns. (The Kyrgyz are not in a position to finance their section of the route, he added.)

It’s no wonder, then, that former Kyrgyz Foreign Minister Muratbek Imanaliyev said earlier this year that ties between Bishkek and Beijing were not only the poorest in the region, but had sunk to their lowest ebb since independence. He largely blamed the Kyrgyz.

Might a railway help the relationship get back on track? It looks like Beijing is giving the project a nudge. Normalization of this rail-to-road-to-rail transport corridor could convince investors of the value of a railway.

Beijing wants its neighbors to know it is not abandoning them. At a virtual meeting on June 10, Kazakh and Chinese officials agreed to implement “seven investment projects worth $576 million,” Kazakh media reported. Details from both sides were few.

Only slightly more information has been forthcoming about several Chinese projects in the region which happen to have World Bank support.

State-owned Power China announced on June 18 a joint-venture with Tajikistan’s state electricity monopoly to help modernize parts of the Soviet-era Nurek Dam, which produces the vast majority of the country’s spotty electricity supply. The World Bank is financing most of the project – the first phase alone is worth $325 million – with support pledged from Beijing’s Asian Infrastructure Investment Bank and the Moscow-backed Eurasian Development Bank. In June the World Bank committed another $50 million to the second phase.

Chinese President Xi Jinping spoke with his Tajik counterpart Emomali Rahmon the day before and elicited Dushanbe’s support for Beijing’s foremost foreign-policy priorities: “Tajikistan earnestly abides by the one-China principle and supports China's legitimate measures to safeguard its own sovereignty and security,” said Xinhua’s account of the call.

Beijing covets this kind of talk, especially as its relations with the West deteriorate over how it interprets these security needs. On June 30 Tajikistan became one of only two countries in the former Soviet Union (along with Belarus) to support China’s new security law for Hong Kong.

Though Turkmenistan did not openly support the law, Chinese Foreign Minister Wang Yi managed – on a June 28 call with his counterpart Rashid Meredov – to get the avowedly neutral country to bless its crackdown in Hong Kong and oppression of Muslims in Xinjiang. “The Turkmen side believes that the Hong Kong and Xinjiang issues are purely China's internal affairs, and according to the purposes and principles of the UN Charter, no country has the right to interfere,” Xinhua reported.

Chinese laborers are slowly returning to Central Asia after the initial COVID-19 lockdown. On June 12, the first charter flight arrived Bishkek with 139 workers to resume construction on a long-delayed north-south highway, reported state-owned China Communications Construction, parent of implementer China Road and Bridge. The road, worth $1 billion, is being financed by China's Exim Bank, adding a significant sum to Kyrgyzstan’s debt load.

On June 6, the first charter flight to leave the epicenter of the coronavirus, Wuhan, arrived in Uzbekistan with 112 Chinese workers for the $150 million Jizzakh Cement Plant, which had been delayed by the pandemic earlier this year. By the end of the month, parent company Hubei-based Huaxin Cement said the workers had begun trial production. Huaxin added that the plant is Uzbekistan’s first wholly foreign-owned enterprise; it will eventually produce 2 million tons of cement annually.

Many investments remain on pause.

In Tajikistan, TALCO Gold – a joint-venture between Tibet-based Huayu Mining and Tajikistan’s largest industrial enterprise, TALCO, a state-run company in the clutches of the president’s family – expected gold and antimony production to start in March, but the date has been pushed to October because 135 Chinese workers are waiting for Tajikistan to reopen its borders, Sputnik reported.

On June 20, 49 Chinese workers arrived in Uzbekistan to resume various projects in the country, such as the Ohangaron cement plant being built by Beijing Triumph International Engineering.

Later in the month, China received its first batch of Uzbek peanuts, worth some $1 million. China’s customs service in March determined that Uzbekistan had finally met the sanitary requirements to supply the crunchy legumes.

This month, for example: China Geological Survey, a state agency, donated a batch of medical supplies to its partner, Kyrgyz Geophysical Expedition. To a hospital in Osh, a Jiangsu-based hospital transferred a batch of PPE and antiseptic. The Chinese Ministry of Agriculture and Rural Affairs delivered a batch of aid to the Kazakh Ministry of Agriculture, and state-owned China National Chemical Engineering donated another batch of aid to the city of Atyrau, home to the company’s $2.6 billion plastics factory project, reported the Chinese Embassy in Kazakhstan.

The third batch of Chinese government aid to Tajikistan arrived at the border on June 17, Avesta reported. On June 2, the Tajik National University received a donation of 2,000 surgical masks from their Confucius Institute partner, Xinjiang Normal University in Urumqi. Tibet-based Huayu Mining – the partner in the TALCO Gold joint-venture – conveyed a batch of medical supplies to a hospital in Dushanbe on June 15.