Many Chinese workers have been stuck in Central Asia during the coronavirus lockdown, forced to work overtime to meet production quotas. 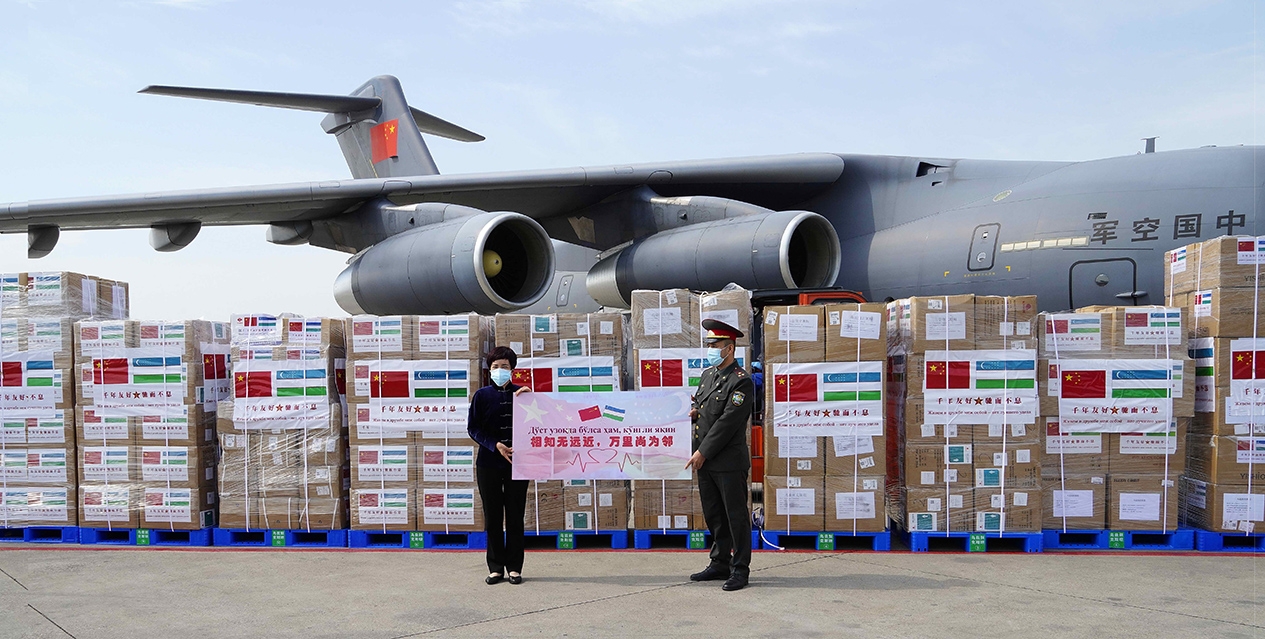 A PLA Y-20 delivering aid in Tashkent (Embassy of China)

As a source of raw metals, Tajikistan has become a destination for thousands of low-skill Chinese laborers. How Beijing regards these workers has charged into view during the coronavirus pandemic. Spoiler alert: They are not a priority.

Chinese workers at a mine in northern Tajikistan had been demanding passage home for weeks before learning that a Chinese national in the country had contracted COVID-19. Rumors then spread that two had died. On May 20, around 100 of the miners rioted, reportedly fearful they would not receive adequate treatment in Tajikistan if they, too, were infected. Authorities suppressed them with force. Many Chinese workers are stranded.

Contrast their treatment with the fuss made over a Chinese engineer in Turkmenistan: On May 1, China’s envoy to Ashgabat, Sun Weidong, called Turkmen Foreign Minister Rashid Meredov to ask that a Chinese medivac plane be permitted to land and fetch the engineer, who had suffered a detached retina. He was evacuated for surgery in Tianjin.

It often appears that Chinese diplomats elsewhere in Central Asia are more concerned with their nationals’ health and well-being. For months, embassy press releases from Kazakhstan, Kyrgyzstan, Turkmenistan and Uzbekistan have described efforts to distribute protective equipment and medicine to Chinese businessmen, teachers, engineers and students. The Chinese Embassy in Tajikistan, by comparison, has been more reticent. Judging by the outpost’s few statements, only a handful of students and teachers have received such packages. A package of aid did finally arrive for the miners, reported China Securities Journal on May 20, the day they resorted to rioting.

Still, for those lucky enough to be posted anywhere but Tajikistan, Central Asia is no workers’ paradise.

On May 1, state-owned China National Chemical Engineering Group Corporation revealed to Xinhua that it had since March 21 prohibited employees from entering or leaving the site of a $2.6 billion plastics factory under construction in Atyrau. Some workers have toiled over 200 days without a break, helping the company stay on schedule to open this year.

Efforts to fulfill quotas regardless of the pandemic have been reported in Turkmenistan, as well. The local subsidiary of China Petroleum and Chemical Corporation, or Sinopec, has kept 35 staff working on a drilling project without breaks, the company said on May 6. Next door in Uzbekistan on May 3, state-owned China Railway Tunnel Group opened a 3,657-meter shaft for a new coal mine in the southern Surxondaryo region. Chinese workers found a way to enter Uzbekistan, manager Wang Jian told Xinhua, even though commercial flights between the countries had been suspended.

China National Petroleum Corporation, the state-owned oil and gas giant, has been keeping busy after a series of devastating storms hit the region in early May. Though Turkmen state media altogether ignored the destruction, CNPC announced it had worked quickly to repair damaged facilities and took credit for repairing parts of the Turkmen energy grid that had failed during a storm.

In Uzbekistan, CNPC said its teams had worked overtime to ensure pipelines and gas fields were unharmed during the inclement weather.

Despite the storms and the pandemic, CNPC likewise said it had met its quota to construct 39 drills in Uzbekistan’s south since March. A irrigation project being built by Xinjiang Tianye Water Saving Irrigation System Company has even pushed growth at a cotton plantation in Syr Darya province ahead of schedule, reported China News Service on May 22.

Hardly a day passes without a press release about more Chinese aid arriving in Central Asia, often on military aircraft, to help fight the pandemic.

Returning to Tajikistan, to offer just one example in the region: The country received aid shipments in May from the People’s Liberation Army, the central government in Beijing, the Xinjiang provincial government, and charity groups in Qingdao, the embassy reported.

A group of Chinese doctors from Shaanxi arrived in Dushanbe on a May 24 charter for an eight-day visit sponsored by the Communist Party, during which they would help train Tajik medics. When they departed, said Chinese state news, they received a personal letter of thanks from the president’s son, Rustam Emomali. He had, after all, invited them.