The work will cost $289 million to complete. 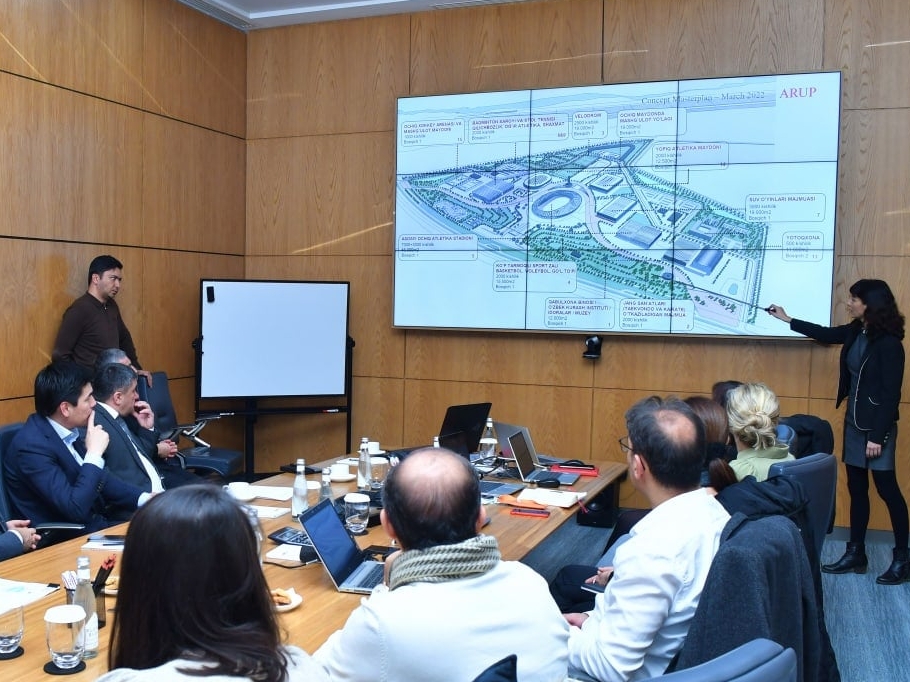 British engineering company Arup presented their project for the Olympic village in Tashkent in March. (Photo: National Olympic Committee of the Republic of Uzbekistan)

A Chinese state-owned company has secured a contract to build an Olympic village-style facility in Uzbekistan that will be used to host the Asian Youth Games in 2025.

China CAMC Engineering, a subsidiary of China National Machinery Industry Corporation, or Sinomach, agreed in a deal signed on November 7 to complete the work for $289 million.

The same company has an established track record in Uzbekistan, having taken part in building a $440 million chemical plant in the city of Navoi that was inaugurated in 2019. In September, on the sidelines of the Shanghai Cooperation Organization summit, the company signed an agreement with the Tourism Ministry to build cable cars near Uzbekistan’s mountainous Charvak reservoir – a holiday hotspot for Tashkent residents.

Uzbekistan won the right to host the fourth edition of the Asian Youth Games in September 2020.

The sports village will be built in Tashkent’s Yashnabad district over an area of 1.6 square kilometers. Features will include a 10,000-seat stadium, hotels, a hockey ground, a complex for water sports, a velodrome, and facilities for basketball, volleyball, handball, fencing, weightlifting, chess, table tennis and badminton.

A five-kilometer stretch of the nearby Chirchik River will be equipped for holding rafting competitions. A park spanning 2.7 square kilometers will be installed along the river’s banks.

The design of the Olympic village is the work of British engineering company Arup, which presented a model of the facility to President Shavkat Mirziyoyev in March.

Once the games are over, the sports village will be maintained for use in future competitions, officials have said. It will also be repurposed as a training base for sportspeople preparing for the Olympics. The plan is for the offices of the Institute of Higher Sports Excellence and multiple other national sports federations to be moved to the site.

Like many strongmen, Mirziyoyev is an enthusiastic proponent of sports and fitness. The government says 118 new sports complexes have been put into commission since he came to power in 2016 and that another 110 were refurbished over the same period. The president’s office, in a November 9 press release, listed government investments in sports totaling 4 trillion Uzbek sum (around $350 million at current rates) over the last five years.

World championships in judo, and Uzbekistan’s strong suit, boxing, are due to grace the capital this year and next year respectively.

Yet a lackluster sports education agenda has crimped Uzbekistan’s ability to compete internationally in more mainstream sports. No more than 10 sports recognized as Olympic disciplines have to date been taught at the country’s 190 sports schools for young people, officials admit. In order to address that shortcoming, sports schools are being reformatted into Olympic and Paralympic training centers.