The DNA was collected in western China’s police state, Xinjiang. Could the subjects have said no without fearing retribution? 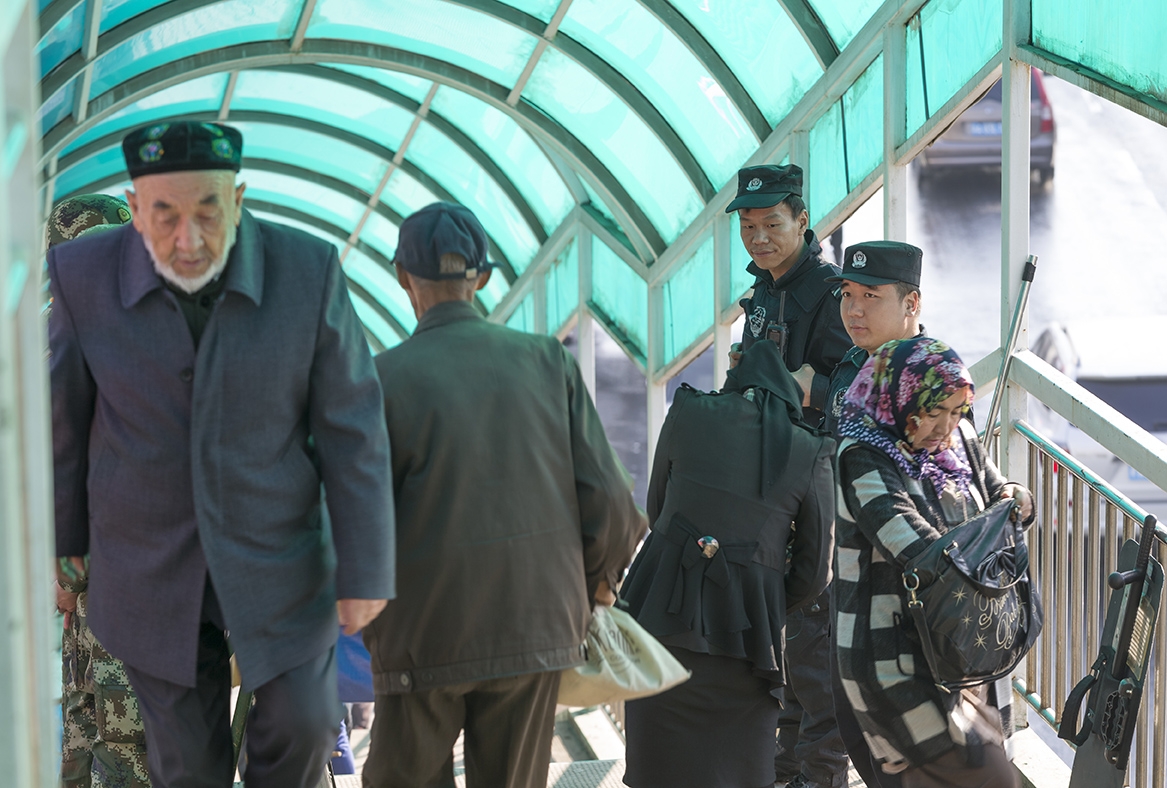 Chinese police patrol at a bus station in Xinjiang (iStock)

Geneticists in China studying Kyrgyz DNA have claimed that members of the Turkic ethnic group are closely related to people from Pakistan.

That’s sure to be controversial in Kyrgyzstan. A rise in Pakistani transit tourists this summer was met by fearmongering and uncommonly inhospitable behavior by some Kyrgyz who apparently took the visitors for Afghan refugees. Likely more alarming to the scientific community, however, is the way the DNA was collected.

The researchers, led by Feng Song at Sichuan University's Institute of Forensic Medicine and sponsored by China’s National Natural Science Foundation, compared mutations on the Y-chromosome of ethnic Kyrgyz men in China’s western Xinjiang region. They found variation patterns that indicate today’s Kyrgyz hail from two main ancestral groups – and are closely related to Kazakhs, which comes as little surprise. More specifically, the researchers posit that the “Kyrgyz ethnic group had great genetic affinity with Punjabi from Lahore, Pakistan,” after the identified haplogroups were matched against other datasets. (The conclusions do not get much more detailed than that.)

The DNA was gathered with cheek swabs taken from 314 men belonging to the Muslim Kyrgyz minority in Xinjiang. The paper says the swabs “were collected with the approval of the Ethics Committee in Sichuan University” and only “after receiving written informed consent.”

University ethics boards outside of China might ask whether it is possible for a Muslim in Xinjiang today to say no. China has arbitrarily detained up to a million Muslims over the past few years in Xinjiang – including Kyrgyz, Kazakhs, Uyghurs, and others – in a sprawling network of prison camps to silence calls for self-determination and mollify Beijing’s paranoia about Islam. Human Rights Watch calls the government campaign “crimes against humanity.”

The paper was published in July by the peer-reviewed journal Electrophoresis. Electrophoresis is owned by Wiley, a large scientific publisher based in New Jersey, which gives the research it carries a veneer of respectability. (The journal is named for a process that uses electrical currents to separate DNA, RNA, and protein molecules to allow for closer examination.)

Eight editors at another Wiley-owned title, Molecular Genetics & Genomic Medicine, resigned this summer over concerns about research carried out with Uyghur DNA, The Intercept's Mara Hvistendahl reported in August.

More recently, two journals owned by the publisher Springer Nature have retracted articles by Chinese forensic scientists also working with Uyghur DNA in Xinjiang. In both, members of the security services were listed as co-authors. The New York Times explained on September 9 that the retractions point “to broader failures in consent procedures and the need for extra scrutiny involving vulnerable groups such as oppressed minorities. […] Many Uyghurs told The Times that they had been called up en masse to give blood samples to the government under the guise of a free health check. They said they had no choice but to comply."