Chinese investors in Kyrgyzstan work to soften their image

Sinophobia runs deep in many parts of Central Asia, where anxious perceptions of Beijing’s designs abound. 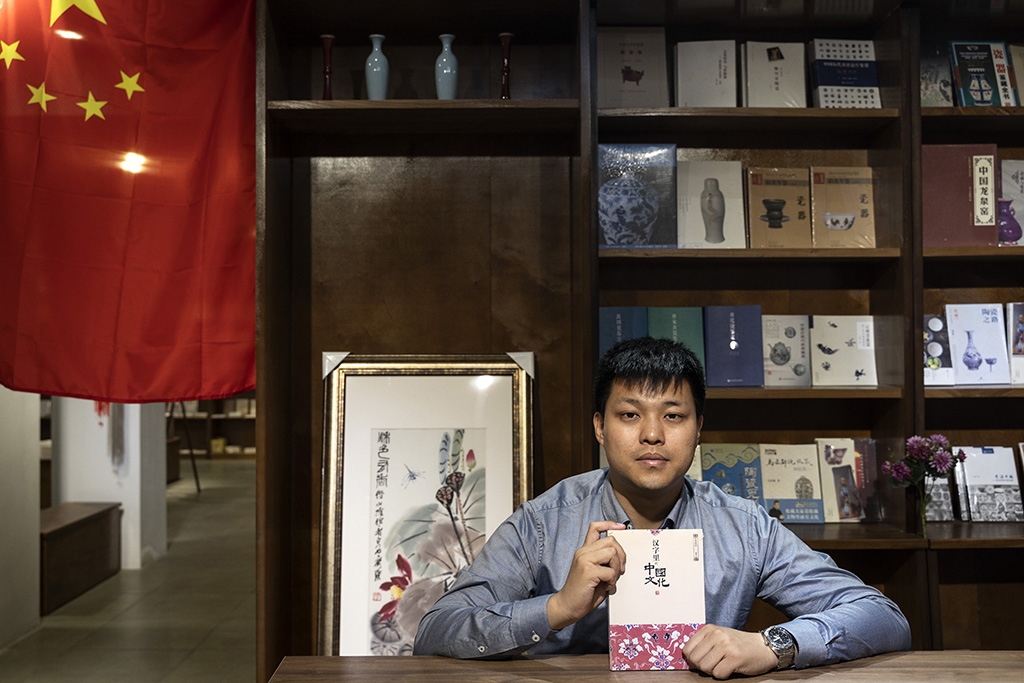 Teng Hao of the Xinhua Cultural Center in Bishkek says, “Chinese people here need support from the public, not just from the local government.” (photos by Yam G-Jun)

When Wang Tong-chuang first moved to Kyrgyzstan in 2007, Chinese nationals like him were a prime target for the police.

“Police would aggressively check our visas and work permits every time I went out,” the Bishkek-based businessman told Eurasianet.

Attitudes among the rest of the public were little better.

Sinophobia runs wide and deep in many parts of Central Asia, where anxious perceptions of Beijing’s designs for economic expansionism abound. The piles of Chinese debt racked up by governments, not to speak of the corruption and pollution that often accompanies investment, have soured opinions further.

Companies and capital from China have flowed in all the same. And so, determined to make life easier for workers and investors in Kyrgyzstan, the Chinese government and expat community have for some years engaged in a charm offensive.

A major change occurred when President Xi Jinping visited Bishkek in 2013 and petitioned his Kyrgyz interlocutors to pay more heed to the rights of Chinese entrepreneurs. That bought some relief.

Two years later, the Bishkek branch of an ostensibly volunteer-run international network called the Overseas Chinese Service Center opened its doors. Run by representatives of the expatriate business community, the center operates as a de facto affiliate of the embassy and is focused on trying to improve attitudes toward Chinese people.

A lot of groundwork had already been laid by the Confucius Institute, Beijing’s vehicle for cultural diplomacy. For more than a decade, the institute has been organizing singing, dancing, poetry-reading and ping pong competitions at universities in Bishkek.

But Wang, who is secretary of the Bishkek office of the Overseas Chinese Service Center, said this was just a start.

“We think that Confucius Institutes have led the way … but we are trying to do more,” said Wang, speaking at his center’s premises.

The décor at the office of the Overseas Chinese Service Center is an incongruous blend of folkloric and ideologically correct. The ceramics, lanterns and other traditional decorations stand in contrast to the bright red and yellow Communist party banners.

Twice a year, the center embarks on charity drives. They consult with Kyrgyz officials and then go out to buy stationery and warm clothes to hand over to schools and homes for the elderly. The donations are made in the name of the Chinese people, although they try to keep the whole affair low-key.

“We don’t want people to know,” Wang explained. “Americans tend to promote everything they do, but Chinese people are humble. We don’t put it in people’s faces.”

The Chinese Embassy is doing its bit too. In 2015, it created an award for local journalists deemed to produce friendly reporting on Chinese-Kyrgyz ties.

In 2017, Xinhua Bookstore, historically part of the Communist Party’s propaganda department, established a cultural center in Bishkek. The sight of heavy stacks of President Xi’s book on his ideology of governance is what greets visitors at the entrance. 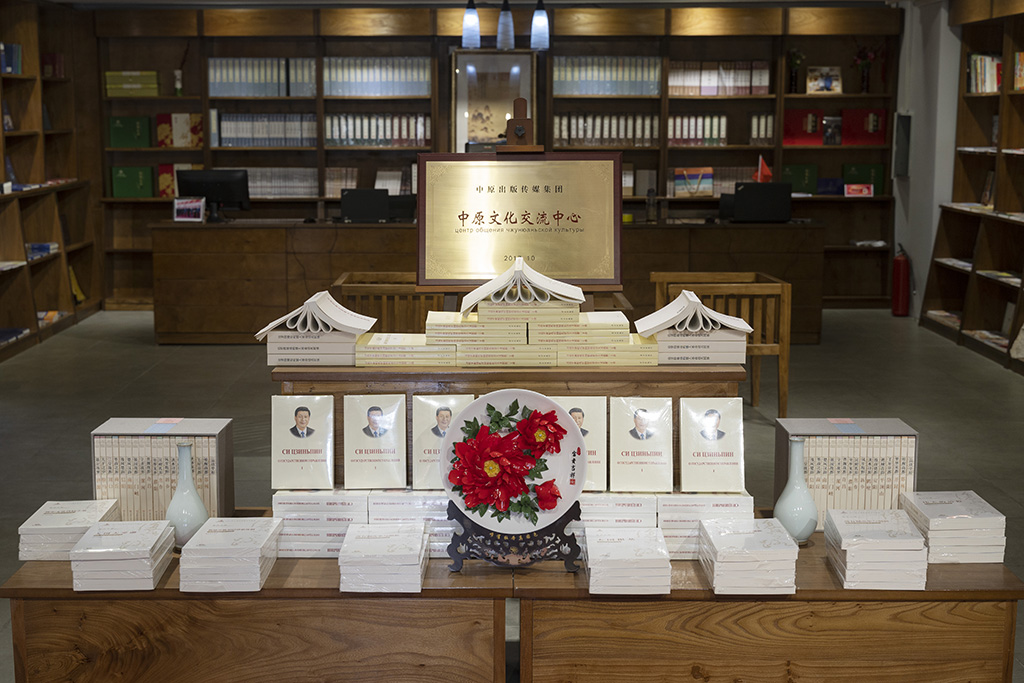 “We know that there are a lot of Chinese businessmen in Central Asia, but we are the main ones promoting Chinese culture here,” Teng Hao, a representative for the Xinhua Cultural Center, told Eurasianet.

The Xinhua Cultural Center says it has had 4,000 local visitors pass through its doors every year. Many of them are young people studying Chinese. The center hosts tea ceremonies, Chinese calligraphy displays, and discussion clubs intended for Kyrgyz youths studying Chinese culture.

“Some Chinese companies had gone to the Kyrgyz government for support, but it’s not enough. Chinese people here need support from the public, not just from the local government,” said Teng.

Teng said, for example, that the efforts of companies like Beijing-based China Road and Bridge Corporation to repair stretches of road in Kyrgyzstan is often viewed with suspicion.

“The Kyrgyz government did not do a good job explaining to locals why China Road and Bridge is repairing roads for free,” Teng explained.

Outreach efforts seem to have had some effect.

“The Sokuluk-Voenno-Antonovka road, once the Chinese took charge of it, they finished work so quickly. They are hardworking and more professional,” Nazgul, a resident of a Bishkek suburb in her 30s who works in the transportation sector, told Eurasianet.

The Xinhua Cultural Center also acts a vehicle for recruitment, putting forward Kyrgyz youths with good command of Chinese for placement in companies. Some have been taken on as trainees at telecommunications giant Huawei or as translators for mining engineers in the southern town of Jalalabad.

Xi’s continents-spanning Belt and Road Initiative is normally thought of as infrastructure, but there is an intellectual dimension to it as well. University scholarship programs are popular among Kyrgyz youths, who can qualify for stipends larger than the average salary in Bishkek. Graduating in China is typically a near-certain guarantee of employment at Chinese companies operating back home.

A scholarship initiative launched in 2015 by the Zhongda China Petro Company, which operates a refinery in the town of Kara-Balta, and the Northwest University in Xi’an funded the courses of dozens of Kyrgyz engineering students. By 2018, 81 alumni of that initiative had started working at Chinese-funded enterprises in Kyrgyzstan.

As current students explain, the benefits of this kind of education are about more than just technical expertise.

“To understand Chinese people and how they do business, English is not enough,” Almaz Eshbayev, a young Kyrgyz man currently studying in Shanghai, told Eurasianet. “You need to think and speak as they do.”