If Central Asian farmers don’t radically change how they use water, the region will not feed China. 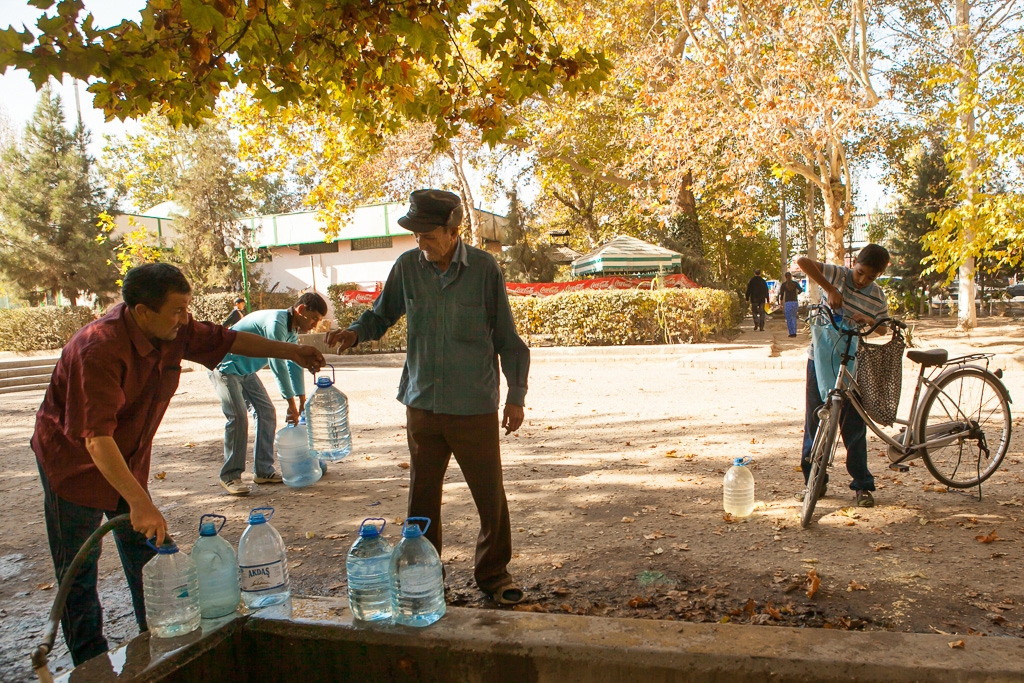 Central Asia is one of the most water-stressed places on the planet. Soviet efforts to farm the steppe drained the Aral Sea. Today the enduring cotton monoculture in Uzbekistan and Turkmenistan ensures the freshwater lake, once the world’s fourth largest, is not coming back.

Though Central Asia is the world’s poster child for water waste, its water insecurity has continued to worsen in recent decades as the region morphs into a source of food for neighboring China.

Cotton still guzzles too much. But wheat is the new curse. In a year, Kazakhstan’s agriculture alone uses 54 billion cubic meters of water – for comparison, that’s about twice what flows into the endangered Lake Balkhash. Most is used to cultivate wheat, a growing share of which is sold to China.

A forthcoming paper in Science of the Total Environment investigates the sustainability of this trade, a topic of evident interest to Chinese policymakers, who sponsored the research. As Beijing bickers with other food producers, like Australia, it is eyeing Central Asia’s prospects as a breadbasket. Should China, these policymakers must wonder, stake its food security on a region so reckless with its limited resources?

Yulin Liu of the Northwest A&F University in China’s Shaanxi province and her colleagues, including several who work for China’s Ministry of Water Resources, find a region that uses far more water than China (which they acknowledge can also be wasteful). In Tajikistan, it takes 61 times more irrigated water to raise a chicken; an Uzbek pig takes 10 times more; seed cotton in Turkmenistan demands 42 times more.

The way wheat is grown in Central Asia is so water-intensive that the authors conclude the countries would be better off buying from China – though that is unlikely because China is a net wheat importer. Indeed, in the last 10 years, Kazakh wheat sales to China have grown from almost nothing to 10 percent of total exports.

Measured as virtual water – the water used to make something, which is invisible to the consumer – 80 percent of Central Asian irrigation is used in products exported to China, Yulin and her colleagues write.

In short, Central Asian farmers are using far more water than China to produce the same goods, and then export many of those goods to China. “This leads to ecosystem degradation, seriously threatening local human water security and biodiversity,” they write. (Another forthcoming paper by researchers at the Chinese Academy of Sciences finds water supplies declining to more than a third of Central Asia’s cropland. The authors blame the "continuous and disorderly expansion” of farming, and dams built upstream in China.)

Yulin and her colleagues also explore the inefficient use of land, a topic that should interest Kazakh activists concerned about land sales to foreigners. But the increasing water demands, and prescriptions for savings, appear more urgent.

They run two scenarios to test Central Asia’s potential. In the first, they keep output constant at 2014 levels. With improvements to irrigation, better seeds and other “agricultural technology,” they calculate that 56 percent of water can be saved farming the same crops, meaning that about half the water is simply wasted.

In the second scenario, they measure how much food could be produced if water usage stayed at current levels. With modern technologies, crop production almost doubles. The greatest potential increases are seen in Kazakhstan, the least in Uzbekistan. Under this scenario, Central Asia could feed an additional 387 million people, or half the world’s hungry.

“Governance improvements” would further help. Central Asia is not the right place to grow some of these crops, Yulin and her colleagues write, and the governments “should not neglect rational land usage management, such as reducing the area of land used to plant cotton in the desert."

Economic planners still like eye-popping promises. In the past two years, the presidents of Kazakhstan and Uzbekistan have pledged big increases in exports: 350 percent more Kazakh wheat, five times more Uzbek food. Press releases accompanying those announcements did not mention water or new agricultural technologies at all.