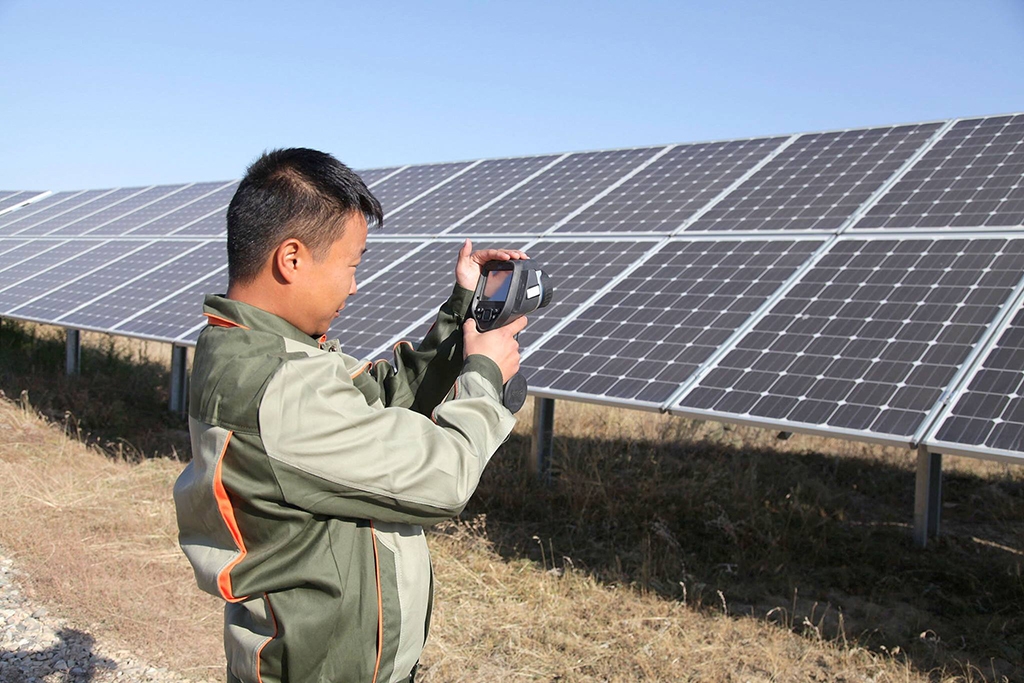 After years of making big promises to invest in solar, Kazakhstan and Uzbekistan are now competing to open the largest solar fields in Central Asia. And neighboring China, with a surfeit of domestic solar equipment manufacturers nurtured under subsidies that ended two years ago, is gunning for a big role in these fast-growing solar markets.

Kazakhstan has experimented with solar since 2012, when then-President Nursultan Nazarbayev inaugurated a small plant to produce photovoltaic cells in Astana. His speech at the ceremony was peppered with buzzwords: “The green economy is our future,” Nazarbayev said as he touted his country’s place on a “sun belt.” True, Kazakhstan has over 85 percent of Central Asia’s total solar potential, according to a UN estimate. Yet Nazarbayev’s ambition has been slow to meet reality: Four years later, Kazakhstan had only a modest 157 MW of installed solar capacity, about enough to power a small city.

State capitalism in China then offered Kazakhstan a nudge. By 2017, as China’s domestic solar capacity was outstripping demand, Beijing reined in its liberal aid for producers and instructed them to seek business abroad. The PRC offered Kazakhstan a taste of its technologies, gifting a 1 MW solar plant to the Alatau Innovation Park near Almaty. This “Bright Road” on the Belt and Road Initiative, as a Chinese official described it at a handover ceremony in December 2018, was intended to demonstrate Chinese know-how and encourage Kazakhstan to look east for its green energy needs.

Speaking at the groundbreaking, Yuan Jianping, Risen’s general manager, linked the project to Chinese President Xi Jinping’s signature foreign policy priority, saying that his company was “seizing the opportunity of the Belt and Road Initiative.”

Even so, European money is financing this stretch of the Belt and Road. The European Bank for Reconstruction and Development – the EBRD, which is 63 percent backed by EU members – loaned $22 million toward the plant in Karaganda. A few months later, the EBRD loaned another $42.5 million toward a $75 million 63 MW solar photovoltaic power plant that Risen is building in Chulakkurgan, north of Shymkent.

China, which now produces 70 percent of the world’s solar panels, is well represented in Kazakhstan’s new renewable projects, but it is not the only player. Kazakhstan’s largest solar project – a 100 MW field in Saran, Karaganda Province – was opened last year by a German company, also with EBRD backing. Russian engineers doubled capacity at the EBRD-backed Burnoye plant in Zhambyl in 2018.

This collaboration between Beijing and the EBRD dates back to 2015, when the bank pledged to spend 40 percent of its annual budget on renewable energy projects; in Kazakhstan, “sustainable infrastructure” currently accounts for 67 percent of the EBRD’s portfolio.

Yet for all the uplifting press about “green” investments, China’s influence in the sector highlights “two contradictory pressures,” said a Harvard University report published earlier this year: “China's investments in renewables drive down the cost of solar and wind, but China's concurrent demand for Kazakh oil and gas is financing large new [oil and gas] projects.”

Indeed, renewables are still small fry in Kazakhstan. Today solar accounts for 56 percent of the country’s total renewable capacity. Renewables overall, however, contribute just 3 percent of all power produced in Kazakhstan, the vast majority of which is still made by burning coal.

That may change now that solar is the “cheapest […] electricity in history,” according to a study released on October 13 by the International Energy Agency.

The next month, Universal Energy opened China’s largest solar farm in Central Asia, in Kapshagay, near Almaty, a 100 MW farm for $65 million. At the opening ceremony, then Deputy Prime Minister Zhenis Kassymbek praised Universal for its speedy construction, the company quoted him as saying: “It is unbelievable the construction of the power station only began one year ago, even the idea of ​​building such a photovoltaic power station here was put together only one and a half to two years ago.”

Universal added that the Kapshagay project helped create over 100 jobs, making it another “true example of win-win cooperation for the Belt and Road.”

Uzbekenergo, the state-run energy monopoly, briefly dallied with solar energy, before pushing away suitors and only recently announcing another go.

In November 2013 – long before anything remotely as large appeared in neighboring Kazakhstan – the Asian Development Bank (ADB) approved a $100 million loan toward a 100 MW solar farm in Samarkand.

But then the Uzbek government got nervous. It had trouble securing a contractor – owing both to a lack of Uzbek expertise in solar and lack of firms willing to work in what was then an isolated state with stringent capital controls.

In December 2016, when Uzbekenergo finally sealed a deal with Shandong-based China Shuifa Singyes Energy Holdings, ADB even negotiated for the company to operate and maintain the solar plant for three years after commissioning.

But in August 2017, the new government in Tashkent called off the project, explaining to the ADB that Uzbekistan did not have the technical capacity to run the plant. The government also argued that 100 MW was too ambitious for a first foray into solar (the previous government had said nothing smaller would be sufficient). In a 2019 report dripping with frustration, the ADB complained that “the new government has been taking steps to resume the project with private sector financing. […] This is a major lesson.”

More recently, Tashkent changed its mind again; in August, it submitted a proposal for a solar project of the same size in the same city, but this time to the EBRD. China Shuifa Singyes is out. Uzbekenergo is now working with France’s Total Eren. Industry insiders believe Total is now lobbying the EBRD to finance the project.

Beijing appears undeterred. A glossy investor guide distributed by its embassy tells would-be Chinese investors that “Uzbekistan has more than 300 days of sunshine throughout the year and is rich in solar energy. [...] Chinese companies should seize the opportunity to ‘go global’ with China's surplus photovoltaic production capacity and open up a new energy market in Uzbekistan.” The pamphlet recommends three areas for investments in Uzbekistan: agriculture, railways, and solar.