Chinese Troops Exercise In Russia, But Where's Rest Of The SCO? 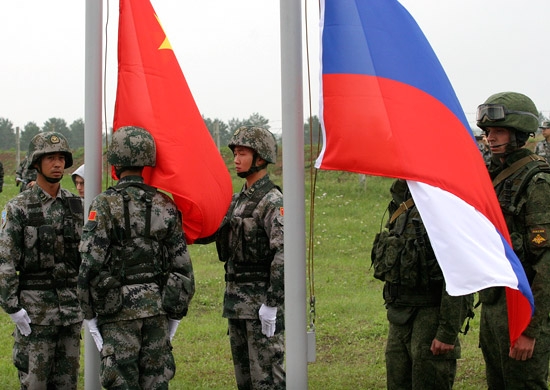 Chinese troops are currently in the Ural Mountains, carrying out joint military exercises with their Russian counterparts. The exercises include 600 Chinese troops and 900 Russians, practicing the usual "anti-terror" scenario, and are following joint naval exercises by the two countries earlier this summer. What is intriguing about these exercises is that they're called Peace Mission 2013, which is the name of the annual Shanghai Cooperation Organization exercises over the past several years. And those exercises usually included most of the other SCO members -- Kazakhstan, Kyrgyzstan, Tajikistan and Uzbekistan. And as RT says, "All Russian-Chinese war games are organized within the framework of the Shanghai Cooperation Organization." Meanwhile, SCO members not including Russia and China have already held exercises this year in Kazakhstan.

So is there any significance to these dual exercises? Why are Russia and China doing their own Peace Mission this year? I asked some veteran SCO followers, and to paraphrase, the collective response was: "Who knows?" The SCO operates in mysterious ways. But Peace Mission 2014 is already scheduled to take place in China, and at least Kazakhstan seems to suggest that it will be participating.

Being summer, it is the season for military exercises. Some of the others that have been going on around the region:

-- Russian armed forces conducted massive (though probably not as massive as claimed) snap military drills in Siberia and the Russian Far East.

-- Mongolian, American and other troops (including some from Tajikistan) are currently conducting the Khaan Quest exercises in Mongolia.

-- Later this month, troops from Kazakhstan, the U.S., U.K., Lithuania, Switzerland, Italy, Kyrgyzstan and Tajikistan will take part in the Steppe Eagle 2013 exercises hosted by Kazakhstan.