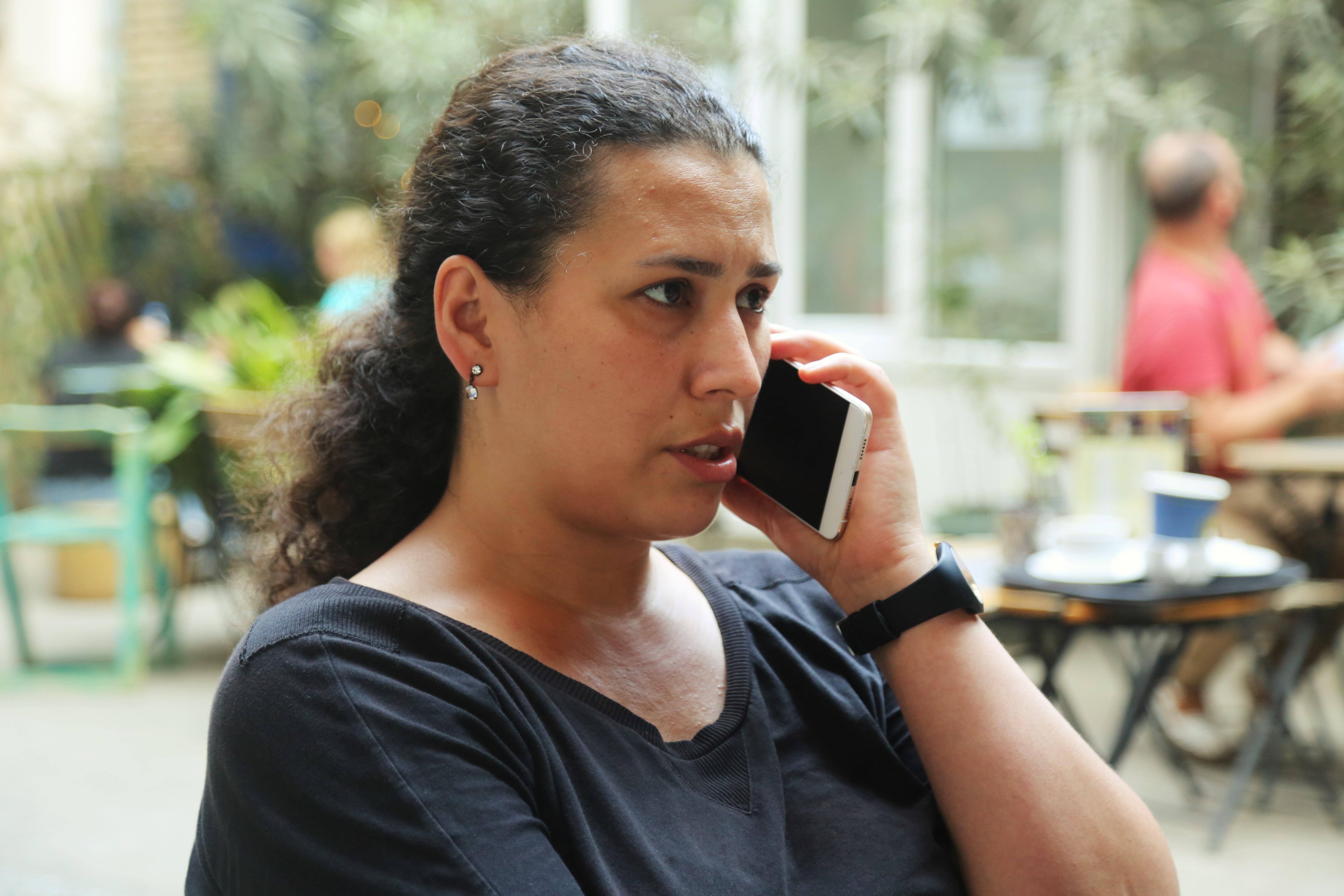 Fearing for her safety and that of her daughter, Azerbaijani reporter Leyla Mustafayeva, wife of imprisoned Azerbaijani journalist Afgan Mukhtarli, has fled Georgia and received temporary asylum in Germany via the European Centre for Press and Media Freedom, a media-rights watchdog based in Leipzig.

Mustafayeva told Tamada Tales she has been facing a campaign of intimidation in Georgia after her husband was allegedly abducted from Georgia and delivered to Azerbaijan in May. Mukhtarli was looking into business dealings by Azerbaijani President Ilham Aliyev’s family in Georgia; a task which put him up against arguably the most repressive regime in the South Caucasus.

Mustafayeva took over his work after Mukhtarli was put in prison in Baku, where he has been in pre-trial detention for over four months. On October 13, that term was extended, the government-aligned APA news service reported.

“The same people who had followed my husband before the kidnapping have been following me since,” she said in a phone interview. She charged that Georgian police failed to meaningfully address her concerns, adding to her suspicions that Tbilisi had colluded or, at best, connived with the Azerbaijani government’s alleged campaign against her family.

“I tracked down these people myself, reported them to [the] Georgian police and the police have not even interrogated them,” Mustafayeva said of her shadowers.

She claimed that the individuals following her are ethnic Azeris living in Georgia. “On August 3, I was in a park [in Tbilisi] with my daughter. And these same people appeared and came close to my daughter,” Mustafayeva said.

On another, earlier occasion one man placed an empty laptop bag on a sofa Mustafayeva was using in a Tbilisi café. She says she noticed it and confronted the individual, who left abruptly. She suspects the bag contained an eavesdropping device and reported it to the Georgian police.

The police offered to provide a security detail for her daughter and her, but, she argues, have not effectively looked into the incidents involving either her husband or her.  Prosecutors have yet to finish a protracted investigation into Mukhtarli’s alleged abduction.

The Georgian government has not yet publicly commented on Mustafayev’s decision to seek asylum in Georgia. The Prosecutor’s Office has not responded to her latest allegations about a sluggish investigation and did not respond to questions from Tamada Tales in time for publication.

Looking the other way, however, is probably not a viable long-term PR strategy. Georgia’s international image as the region’s safest country for journalists has been dented by Mukhtarli’s case, which also touched off local anti-government protests.