Analysts say tensions between Georgia and its breakaway region are the highest they’ve been since the 2008 war with Russia. 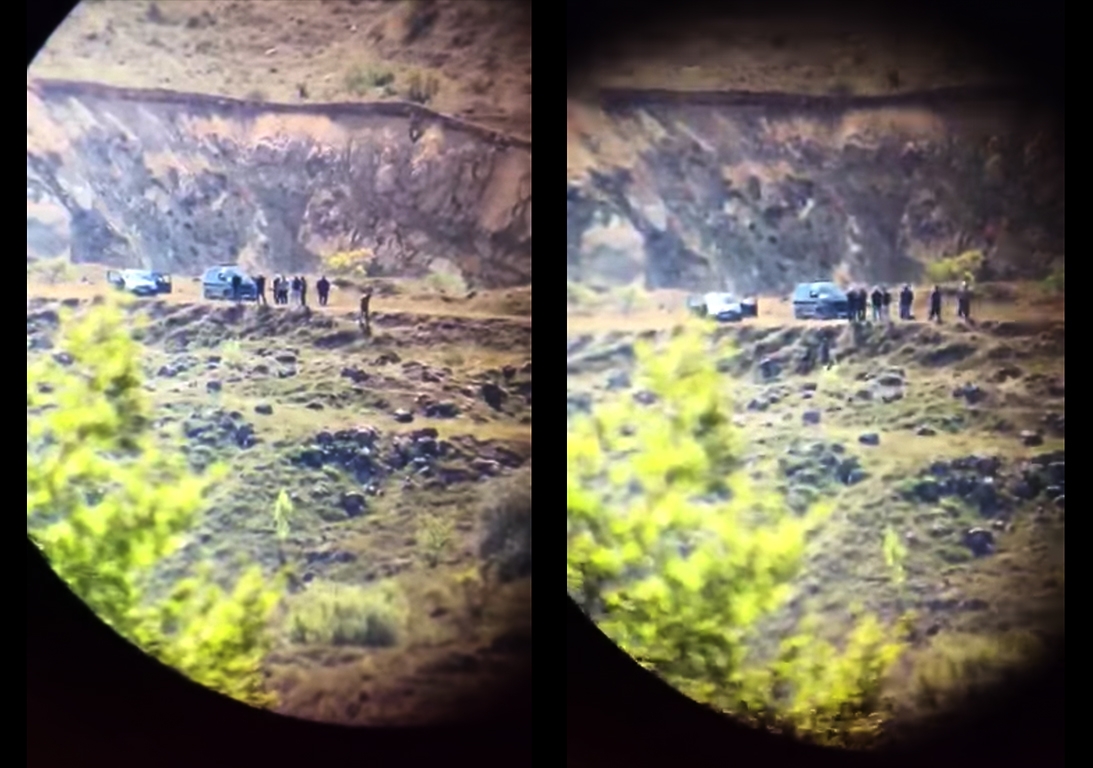 Images from the Facebook page of South Ossetia's KGB

Tensions along the de facto dividing line between South Ossetia and Georgia proper have spiked following the construction of a new Georgian checkpoint in territory that South Ossetian authorities consider theirs, and a subsequent collision of drones from the opposing sides.

The flare-up has amounted to “probably the worst crisis since 2008,” the year that war broke out between Russia and Georgia over South Ossetia, said Olesya Vartanyan, a Tbilisi-based analyst for the International Crisis Group, on Twitter.

On September 1, two small unmanned aircraft collided in the vicinity of the dividing line, where Russian troops have been steadily erecting a fence that walls off the breakaway territory from the rest of Georgia. Russia and its protectorate statelet in Tskhinvali consider the line to be an international border; for Georgia it is a Russian occupation line and most of the rest of the world refers to it as an “administrative boundary line” (ABL).

Strength in Unity, a Georgian activist group, claimed responsibility for downing the unmanned quadcopter launched from the South Ossetian side. “A Russian-Ossetian drone has crossed the occupation line today and went over into our controlled airspace. Our group has managed to neutralize this drone,” said David Katsarava, a leader of the group, on his Facebook page. The group said they launched a small civilian drone that struck the larger South Ossetian quadcopter mid-air.

The security forces in Tskhinvali, however, dismissed the group’s claim and blamed Georgian police for the drone’s downing.

Strength in Unity also accused the Georgian government of standing idly by while Russian troops keep drawing and reinforcing a border around South Ossetia and regularly arresting Georgian farmers living near the dividing line. “After Russians and Ossetians raised a panic, our police showed up and took the drone away from us,” said Katsarava. “As always, we are trying to appease Russia?”

The South Ossetian side said that their drone was shot down while investigating a new checkpoint that the Georgian military started building in the village of Tsnelisi the week before. South Ossetia considers Tsnelisi to be its territory, as it falls on their side of the Soviet-era South Ossetian Autonomous Oblast, the borders of which Tskhinvali and Moscow are attempting to harden into a well-guarded state border.

In response to the checkpoint construction, South Ossetia sent armored vehicles to Tsnelisi on August 28 in order to "ensure the safety of the local population," the KGB announced. 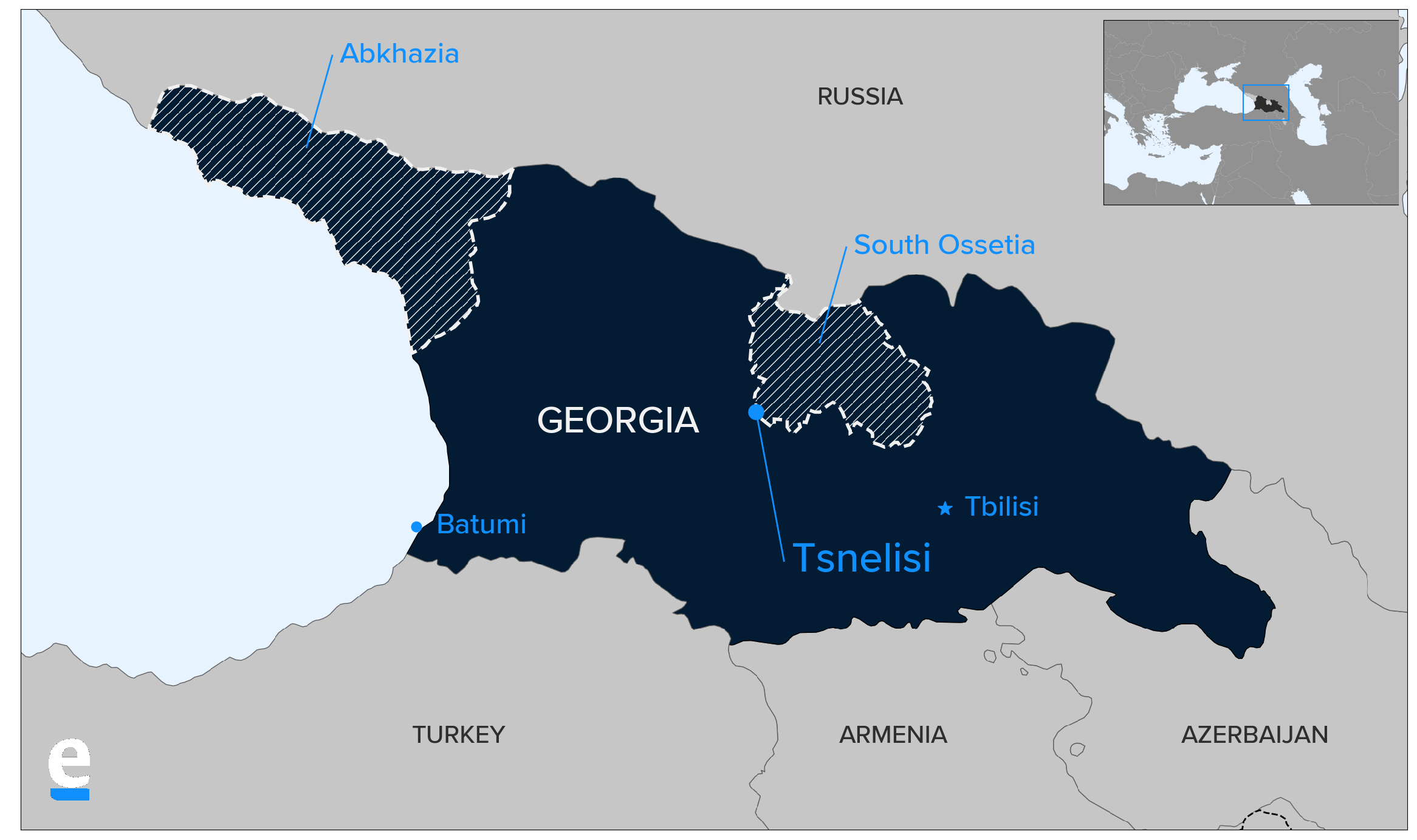 A clash with Georgian forces was avoided, but the following day a meeting of Georgian and South Ossetian authorities under the auspices of the European Union Monitoring Mission (EUMM) broke up due to arguments over the village.

“The meeting was marked by a series of intense exchanges on the topic of Tsnelisi between participants,” the EUMM said in a press release. “Regrettably it was impossible to complete discussions on all agenda points as the meeting was disrupted.”

The erection of the checkpoint, in turn, followed an especially active summer of fence construction by Russian and South Ossetian forces. Following the placement of a fence dividing the village of Gugutiantkari in August, there is now a total of about 40 kilometers of fencing around South Ossetia.

“Tensions have been on rise during the last couple of weeks due to new borderization efforts near the South Ossetian ABL,” Vartanyan wrote. “After years of useless complaints, the Georgian government started building police stations in the areas where new fencing is expected.”

A recent report from Amnesty International chronicled numerous violations of the human rights of Georgians living along the advancing Russian border. Several elderly farmers have ended up fenced off behind Russia-strung barbed wire, cut off from their families and properties. In the partitioned village of Khurvaleti, relatives and friends slip money, food and medication under the barbed wire to help 85-year-old Davit Vanishvili and his wife, Amnesty wrote.

“Villagers – some living in the poorest parts of the country – have lost access to pastures, farmland and orchards, to sources of water in summer, and firewood for winter,” Amnesty wrote in the report. “They are cut off from relatives, sources of income and cultural and social life. Each year hundreds are detained arbitrarily while trying to cross.”