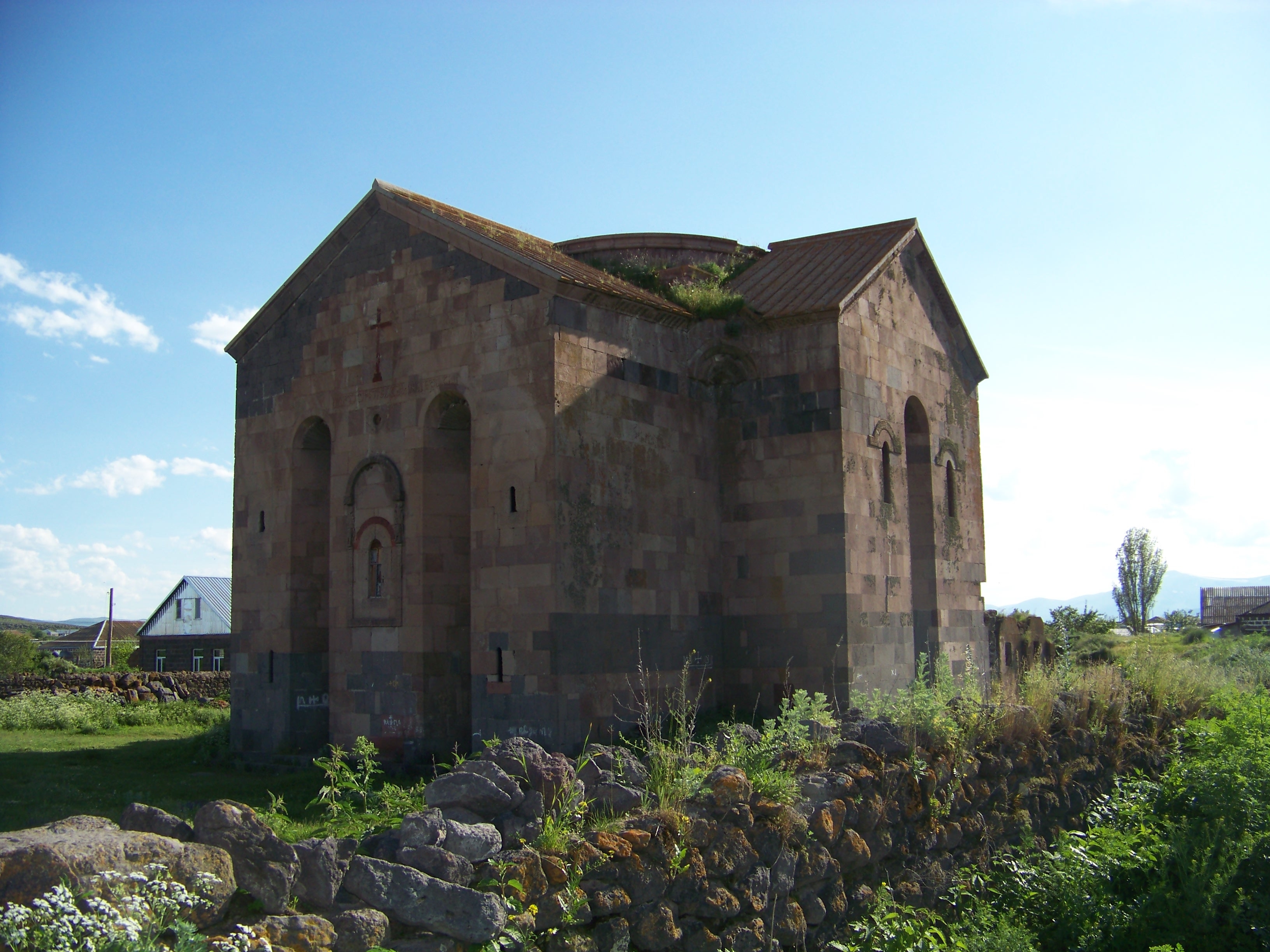 Kumurdo Cathedral, a tenth-century Georgian church in a majority Armenian village that was the site of clashes over the church's heritage. (photo: Wikimedia Commons, Jaba1977)

A clash over a contested church in a majority-Armenian part of Georgia has raised tensions and, many fear, set the stage for further ethnic conflict.

The clash took place in Kumurdo, a nearly entirely ethnic Armenian village in the region of Samtskhe-Javakheti bordering Armenia. The village is the site of at a tenth-century Georgian church, the Kumordo Cathedral, which has been undergoing reconstruction work by the Georgian Ministry of Culture.

In the course of that work some graves were found. For the last two centuries or so the church has functioned as an Armenian church, and on September 30 a group of locals brought a khachkar -- a traditional Armenian stone memorial marker -- to the church to lay at the site where they believed their ancestors were buried.

They were not allowed into the church by police, and the situation escalated, with locals throwing rocks at the police, who called in reinforcements of special riot units. Four police officers were reported to be injured, and two locals were arrested. The situation was ultimately defused when Interior Minister Giorgi Mgebrishvili went to the village and met with local representatives.

In a region full of ethnic conflicts, the ethnic Armenians of Georgia (about five percent of the country's population according to the most recent census) have been relatively quiescent. But this incident raised fears that that may change.

Inevitably, there were various charges that the clash was a "provocation." Many noted that the episode took place just ahead of municipal elections across Georgia. An MP of the ruling Georgian Dream party, and member of the Armenia-Georgia Friendship Group David Chichinadze told Public Radio of Armenia that it was a “provocation before elections.”

“There were people giving out money to villagers. This is certainly an issue to be solved by the church and clergymen, but there are certain people willing to politicize the issue,” Chichinadze said, without specifying who the provocateurs might be.

"Even the Armenians of Javakheti think that the Kumurdo people are 'problematic,'" said Georgian analyst Mamuka Areshidze. "Their reputation is not the best one. Kumurdo is a very criminogenic village. I do not exclude that the excessive 'passionarity' of the Kumurdo people is used by someone to worsen the situation and ignite the confrontation, using claims about the church."

Some, however, suggested that it was a provocation on the part of the Georgian police. "According to my sources, on the day of the incident the residents of Kumordo didn't intend to install the khachkar, but only to put it in a safe place in the churchyard" with the intention of installing it at the end of October, said Johnny Melikian, an Armenian expert on relations with Georgia. Melikian said the police overreacted. "In my opinion, a provocation took place. Clashes began, in the course of which the police used more force than was necessary, and then the riot police got involved," he said.

Whether or not it was a provocation, it is a worrying development. "This event is like a seed falling into an already well fertilized soil of xenophobia and especially Armenophobia, propogated by certain, especially pro-Russian, elements in Georgia," wrote Dmitry Avaliani, a Georgian journalist, on his Facebook page.

"A conflict is ready: from the Georgian perspective Armenians are seizing a Georgian church; from the Armenian side -- the opposite. All 25 years of independence, despite some small incidents, we've managed to avoid major conflict in Samtskhe-Javakheti," Avaliani continued. "Now there is every possibility of escalating the situation -- xenophobia that has been simmering for years, weakness of state institutions, the lack of a clear policy for regional development and ethnic minorities, and a great interest on the part of our northern neighbor, which enjoys complete freedom to carry out its subversive activities inside Georgia."

Avaliani concluded his post with a crucial point: "The only positive thing: spoiling relations with Georgia is not in Yerevan's interest." In spite of occasional tensions, and being involved in opposing geopolitical blocs (a Eurasian Union and Collective Security Treaty Organization member in Armenia's case, and a NATO and European Union aspirant in Georgia's), the two neighbors both need good relations with one another. And so this is unlikely to spread much further, no matter who might be provoking it.