Since the protest movement toppled Serzh Sargsyan last month, it has taken the fight to other institutions dominated by his Republican Party. 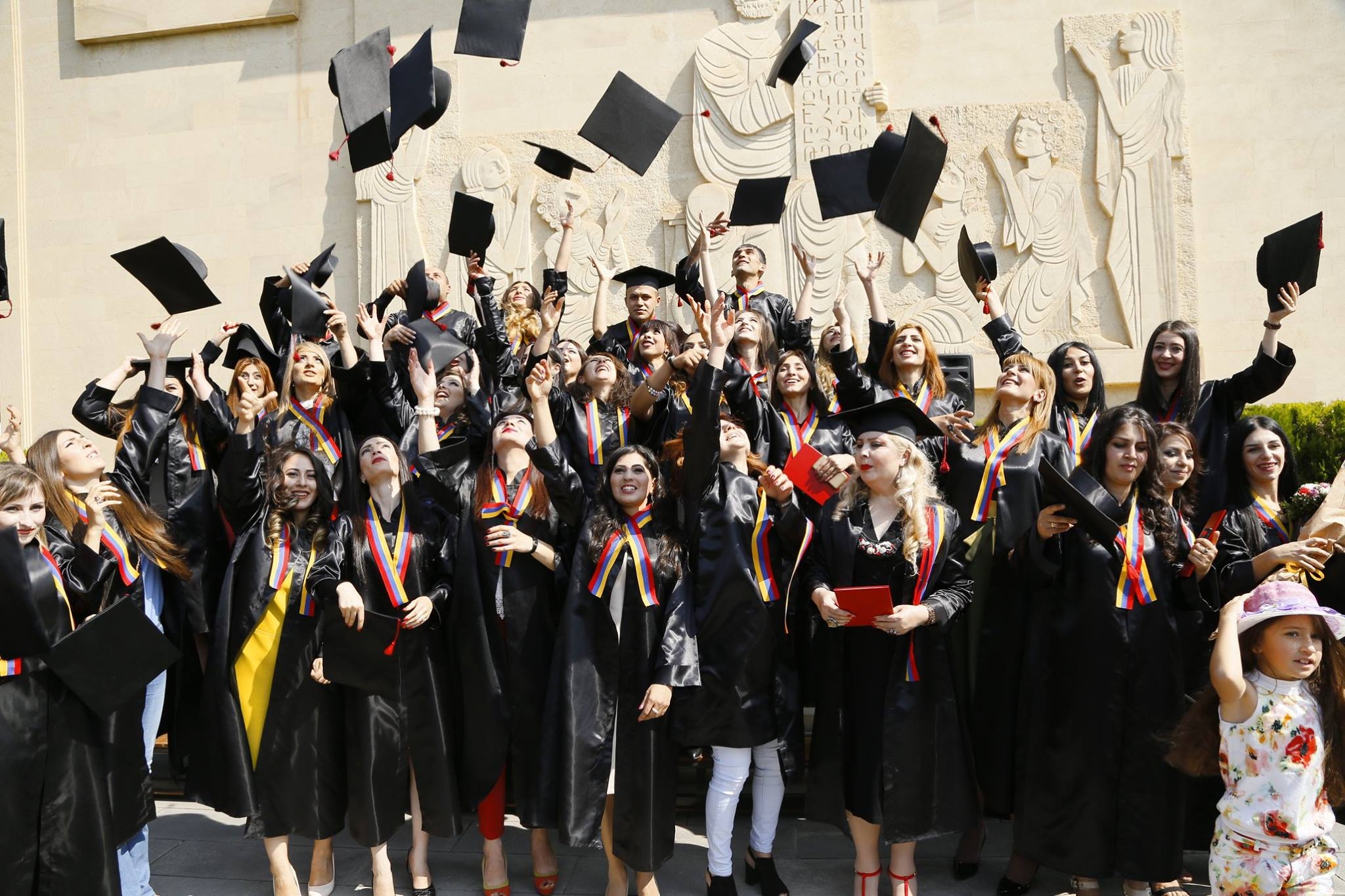 Students played a key role in the protests that ousted long-time leader Serzh Sargsyan last month. Now they're turning their attention closer to home, trying to break the grip that Sargsyan's Republican Party of Armenia (RPA) has had on universities.

Students at Shirak State University, in the country's second city, Gyumri, succeeded this week in getting the unpopular rector to step down after several days of protests. At Yerevan State University, students from 13 universities around the country have held meetings to determine how they can “depoliticize” the university administration.

“For nearly 20 years the RPA has shaped power around itself,” said Mikayel Hovhannisyan of Eurasia Partnership, a civil society-support group, told Eurasianet. “The revolution is far from over since these remaining layers of control need to be tackled.”

Since the protest movement succeeded in toppling Sargsyan and elevating its leader, Nikol Pashinyan, as prime minister, it has taken the fight to other institutions dominated by the RPA. On May 16, protesters broke into Yerevan’s city hall demanding the resignation of the city’s Republican mayor.

High schools have also been feeling the heat: This month, teachers and parents forced a political ally and former classmate of Sargsyan’s to resign as principal of Yerevan’s school No. 11.

Universities have emerged as one of the key battlegrounds in the de-Republicanization effort.

According to Armenia’s Law on Higher Education, the prime minister nominates 50 percent of all university council members. And every university’s ruling body has a prominent member of government: Sargsyan, for example, is chairman of the board of trustees of Yerevan State University.

“Although the Armenian constitution protects academic freedom, government officials hold several board positions at state universities, leaving administrative and accreditation processes open to political influence,” the American human rights group Freedom House wrote in a 2018 report. “There is some self-censorship among academics on politically sensitive subjects.”

Student activists also argue that government control over universities has had a deleterious effect on education, from underfunding to corruption to underenrollment.

“Education has never been a priority for the ruling party,” Davit Petrosian, a student protest leader, told Eurasianet.

Activists are now trying to reverse the RPA’s hold over higher ed.

“We need to ensure the autonomy of universities – legal, institutional and practical,” Hovhannisyan said. “All three of these dimensions need to change.”

Student activists also want to depoliticize the official student government organizations of the universities, which they have long complained are branches of the Republican Party.

In 2014, a group of students at Armenian State University of Economics’s Gyumri campus demonstrated against the appointment of the leader of the RPA's youth wing as president of the university's student union.

“Student unions are never really elected,” said Grigor Yeritsyan, head of Armenian Progressive Youth, a civil society NGO. “There are no democratic procedures, and students are not presented with any promises or candidate lists.”

Yeritsyan says student councils are an important recruitment ground for the Republican Party, noting that many of the party’s top leadership, such as Armen Ashotyan, are former student council leaders.

Some student council leaders, though, disagree with these characterizations.

“Our constitution says every person has a right to join a political party and so I don’t see what the problem is,” the vice chairman of Yerevan State Economic University’s student union, Zaven Khukeyan, told Eurasianet. “If you can get better treatment for being a Republican, like me, then show me where this better treatment is because I’ve yet to see it.”

“There is no bias within our council and there is no special treatment for partisan members,” David Apoyan, president of Yerevan State University’s student council, told Eurasianet. “We are striving to create an independent body free from political influence.”

Apoyan added that he personally believes everyone has a right to their political opinions, and that it is “impolite” to ask about their personal political affiliations.

Republican administrators, too, have fought back against efforts to depose them.

One senior university official said he had no intention of giving up his party membership in spite of student demands. “The party has absolutely nothing to do with the academic council. The experience and activity of the people entering into these councils shows that there is no connection if their party affiliation does not interfere with their activities,” said Gevorg Harutyunyan, chairman of the academic council of Armenia’s Polytechnic University, one of the largest in the country.

Hovhannisyan of Eurasia Partnership said there is a danger that “localized revolutions” – in which individual Republicans are forced out of office – could spiral out of control and lead to a shortage of qualified personnel.

“What Serzh created with the new constitution has turned against him,” he said, referring to the strong new powers of the prime minister's office. “We have an immense opportunity to reform our entire system right now, and we need to keep the momentum on the side of change.”