The absence of a clean, broadly trusted electoral process leaves room for ambiguity, auguring continued disputes over the government’s legitimacy. 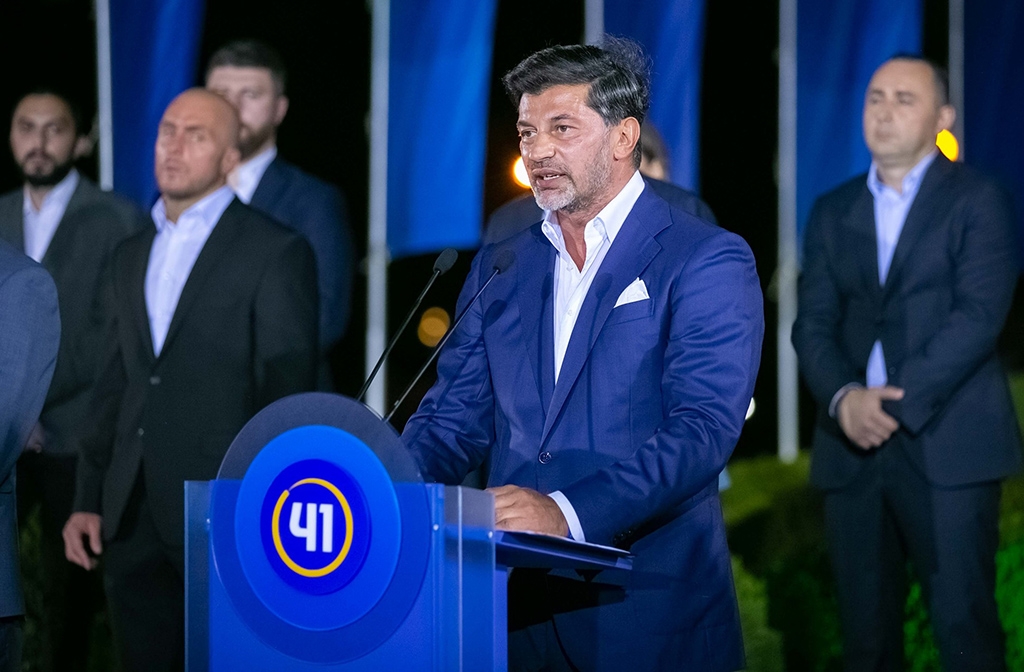 As Georgia approaches another tense vote, the country’s problematic election process is coming under increasing scrutiny. While claims of vote-buying and other forms of fraud are a constant in Georgia’s elections, lately international observers and diplomats are more forcibly voicing the accusations.

“Georgian voters deserve a higher standard of integrity,” the United States Embassy said in a statement following the first round of nationwide local elections on October 2. The embassy expressed concern that intimidation, vote-buying, and the use of public resources for electoral gains “are becoming accepted as inevitable.”

The main international observation mission, from the Organization for Security and Cooperation in Europe (OSCE), concluded that the “elections were generally well-administered” and “contestants were able to campaign freely in a competitive environment.” The vote, however, was “marred by widespread and consistent allegations of intimidation, vote-buying, pressure on candidates and voters,” the OSCE said in its assessment.

With the second round slated for October 30, these sorts of violations will again be under the microscope.

Similar shortcomings also were cited in the assessments of last year’s parliamentary elections. But the overall tone, and the reactions of Georgia’s international partners, was much less forgiving this time around. The shift speaks to the frustration that the election environment, if not getting worse, is at best stagnating, local watchdogs say.

“A series of major electoral reforms were made this year to improve the election environment, but these reforms remain on paper and have not been meaningfully enforced by the state,” said Levan Natroshvili, the elections program manager with Transparency International Georgia.

The reforms altered the composition and appointment of election commissions and mandated random vote recounts. While international observers welcomed the changes, they also said they didn’t go far enough to level the playing field that currently tilts too much in favor of the ruling party.

In addition, even the positive reforms were not implemented thoroughly, and the most recent election was no better than previous ones, Natroshvili argued. “What we saw in this vote is that even if you improve the laws, it ultimately boils down to the political will to have a clean and balanced election,” he told Eurasianet.

On the day of the vote, media and observers documented how activists supporting the ruling Georgian Dream party lay in wait outside polling stations, checking supporters off their lists as they came to vote. These activists were also observed calling up those on their lists with reminders to vote. This was not new; last year the OSCE described the activists’ presence as “intimidating.”

“Employees of organizations that receive state funding, from state agencies to schools, are expected and even coerced to vote for the governing group. Fearing that they might lose their job, these employees cast their votes as instructed,” Natroshvili said.

Opposition-minded television stations aired several reports of these activists also allegedly distributing cash for votes. Opposition parties claimed this was widespread, but Natroshvili said those reports are hard to verify.

Opposition parties also allege intimidation from the ruling party. Ahead of the local election, more than 600 would-be city council candidates dropped out – all of them from the opposition, said Tamar Kordzaia, an independent lawmaker who has been documenting election irregularities on behalf of the opposition. “This is a fairly clear indication of the pressure that was applied on them, and it is quite clear where the pressure is coming from,” she told Eurasianet.

Particular pressure seems to have been placed on allies of former prime minister Giorgi Gakharia, who earlier this year quit Georgian Dream and formed a new party, For Georgia, to contest the local elections. The International Society for Fair Elections and Democracy (ISFED), a Tbilisi-based watchdog, documented 35 cases of public servants being fired on political grounds; the majority were Gakharia supporters.

The ruling party also enjoys a significant campaign-finance edge. In August and early September, Georgian Dream’s campaign received about $2.6 million in donations and state funding, which is 2.5 times more than the funding received by 12 opposition parties put together, Transparency International Georgia reported.

Corporate donors to Georgian Dream’s campaign effort were awarded over $40 million in government contracts this year, and many of those firms have ties to businesses connected to Georgian Dream’s founder Bidzina Ivanishvili, Transparency International Georgia wrote. The structure of those donations also raised suspicions that they could be masking third party contributions made in violation of campaign finance law.

Opposition parties say that they have long been caught in an uneven battle with the incumbent, Georgian Dream, which has at its disposal both public resources and the large wallet of its billionaire behind-the-scenes leader, Ivanishvili. In 2018, Ivanishvili notoriously used his personal wealth to bail out citizens with bad debt just ahead of a runoff presidential vote, helping his protégé Salome Zourabichvili to victory.

This time around, Georgian Dream conspicuously engaged the tried-and-true practice of ramping up public spending ahead of the election, which the OSCE said “gave the ruling party an undue advantage of incumbency.”

“We saw [incumbent Tbilisi Mayor Kakha] Kaladze distributing aid and increasingly using reserve funds in the run-up to the election,” Kordzaia said. The mayor’s office has dismissed those accusations, insisting that reserve funds were used on projects unrelated to the vote.

What impact all of this had on the results is up for debate. Georgian Dream won nearly 47 percent of the popular vote in the first round, securing a firm hold on most municipal councils across the country. The United National Movement (UNM) won just over 30 percent of votes nationwide, and Gakharia’s For Georgia came in third with 7.8 percent.

Those results dovetailed closely to a parallel vote count conducted by ISFED.

But Georgian Dream’s mayoral candidates failed to carry bigger cities and were even slightly edged out by UNM candidates in Batumi and Kutaisi, the second- and third-most populous cities. With razor-thin margins expected in those runoffs, every vote will count, making potential violations even more significant.

And while Georgian Dream’s candidates got the largest number of votes with solid margins over UNM rivals in Tbilisi and Poti in the first round, the math of vote distribution allows for a theoretical chance of the opposition winning in the runoff if supporters of the eliminated candidates shift to the UNM.

In a highly polarized atmosphere, more claims of electoral irregularities are all-but inevitable and many expect clashes following the vote.

All issues with the election process in Georgia – vote-buying, intimidation, or ballot-stuffing – ultimately run into one overarching problem: the lack of effective legal remedies. Most of the complaints watchdog groups filed with electoral authorities and courts following the October 2 vote were refused consideration either on technical grounds or on merit.

International observers have described Georgia’s election dispute resolution practices as complicated and restrictive. To help, the vote count was videotaped for the first time. The goal was to bring increased transparency to the count and to provide documentary evidence in case of disputes.

“But the videos were uploaded online only three days after election day and by the time we watched them and noticed several breaches in the counting procedure, we missed the very short window that is there for filing complaints,” Kordzaia told Eurasianet. “Election authorities and courts dismissed our appeals, saying we missed the deadlines for lodging complaints. This defeats the whole idea of having cameras at the election commissions.”

Georgian Dream officials have insisted that their opposition rivals and watchdog groups are blowing their concerns out of proportion. But the absence of a clean, broadly trusted electoral process leaves room for ambiguity, auguring continued disputes over the legitimacy of Georgia’s government.