In South Ossetia, meanwhile, the authorities have remained completely silent on the issue. Most residents in both territories hold Russian citizenship, raising the prospect they could be drafted. 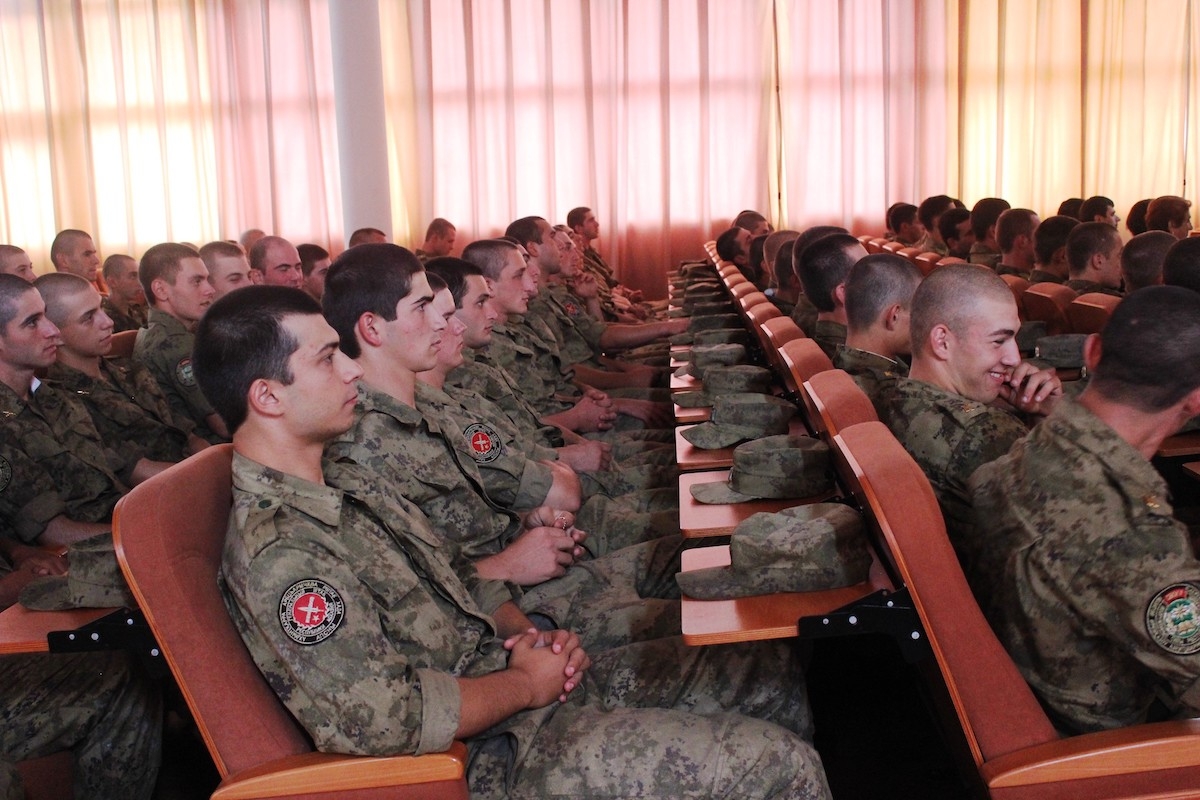 The mass military mobilization in Russia has sparked concerns in Abkhazia that residents there may also be drafted into the war in Ukraine, but thus far there has been no official move to do so.

Most of the residents of the breakaway Georgian territory hold Russian citizenship, raising the theoretical prospect that they could be subject to the military mobilization.

“Probably about 90 percent of us are Russian citizens,” said Beslan Tarba, the territory’s military commissar in charge of recruitment, in a September 21 interview with Sputnik Abkhazia. And so the mobilization order “partly also concerns the residents of our republic,” he said.

“We agree, we accept it, and if necessary, we will have to carry out partial mobilization,” Tarba said. “We will, of course, do so when we receive a formal separate directive from our direct superiors.” He added that no such command had yet been received, and should it come, it would affect only those in the military reserve.

Earlier in the day, Russian President Vladimir Putin had announced a “partial mobilization” of Russia’s reserves in the face of its faltering war effort in Ukraine. The news upended Russia, sending many out in the streets to protest, others to resist the mobilization orders, and many men to flee abroad, including to all three countries of the South Caucasus.

Tarba’s comments added to a social media frenzy of speculation about whether Abkhazians would themselves be subject to the draft. Quotes by Russia’s Deputy Defense Minister Nikolay Pankov – apparently fake – went viral and added to the panic; he had reportedly said that Abkhazia would be affected by the mobilization as “almost 100 percent of Abkhazia’s population are Russian citizens.”

Abkhazia’s de facto authorities both disavowed Tarba’s comments and called Pankov’s alleged quote a fake. “This view does not reflect the position of the Ministry of Defense and constitutes a personal view of Beslan Tarba,” the de facto defense ministry said in a September 21 statement.

The de facto foreign ministry released a separate statement on the same day, attributing the Pankov quote to the machinations of “opponents aiming to sow panic in Abkhaz society” and to attempts to damage Abkhazian-Russian relations.

Abkhazia broke away from Georgia in a war in the 1990s and declared itself an independent state. Russia recognized Abkhazia’s independence in 2008 and now heavily backs the region militarily and financially. In 2014, Moscow and Sukhumi signed an “Alliance and Strategic Partnership Treaty,” which includes a mutual defense clause.

The existence of that treaty added to speculation that Abkhazians may be subject to the draft. In particular, Article 6 obliges the two parties to come to each other’s defense in case of an attack from another state.

“According to this treaty, we have obligations that there will also be partial mobilization because that is one of the conditions,” Natalie Smyr, a former member of Abkhazia’s de facto parliament, told RFE/RL on September 21. Smyr said that that obligation is likely to be invoked after Russia completes what appear to be inevitable annexations of several Ukrainian regions after ongoing referenda there.

By contrast, there has been no public discussion of the possibility of mobilization in South Ossetia, the other breakaway territory of Georgia where most residents also are Russian citizens.

“Everybody’s quiet here, nobody gives any comments to the population,” Irina Kelekhsayeva, a journalist in South Ossetia, told Eurasianet. “Either they [de facto authorities] do not find it important to do it, or they haven’t received a ready text agreed with the Russian side.”

The silence may also come from the unwillingness of local authorities to “agitate or panic” people, Kelekhsayeva said.

The war in Ukraine has already left its traces in South Ossetia, which has sent troops to fight for Russia, with numerous fighters killed in combat. While Abkhazia has not sent its own armed forces, some in the territory have traveled to the frontline as volunteers to fight against Ukraine.