Authorities in the isolated enclave are pouring millions into reconstruction and repopulation after last year’s war. 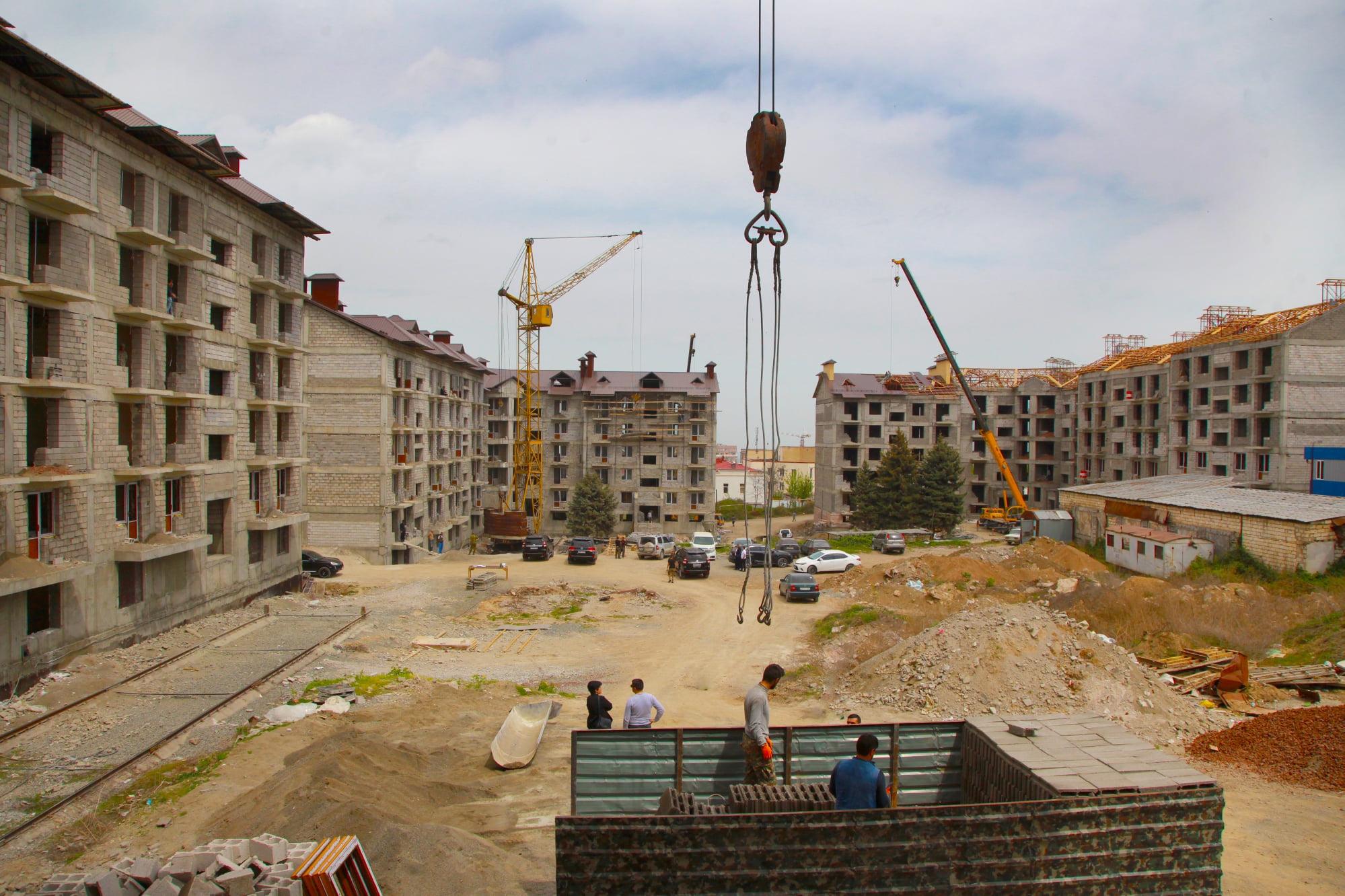 In post-war Nagorno-Karabakh, perhaps no problem is as acute as housing.

The 44-day war saw Armenians lose control of about three-quarters of the land they had gained in the first war with Azerbaijan in the 1990s. As a result, about 35,000 of the territory’s roughly 150,000 people were displaced from their homes.

With the region’s housing stock depleted, thousands have been struggling to secure accommodation in the remaining territories under Armenian control, as well as in neighboring Armenia.

Housing is “the most pressing humanitarian issue today in Artsakh,” said Gegham Stepanyan, Karabakh’s human rights ombudsman, using an alternate Armenian name for the territory. Of the 200 or so complaints received by his office since the beginning of the year, the lion’s share has been from displaced people seeking shelter, he told Eurasianet.

A recent report on the humanitarian consequences of the conflict produced for the Parliamentary Assembly of the Council of Europe voiced similar concerns and called on its ministerial committee “to pay particular attention to the needs and rights of displaced persons and issues surrounding their return” when drafting its action plans for Armenia and Azerbaijan.

The housing shortage has resulted in a rental boom, with landlords raising rent by as much as double in the de facto capital of Stepanakert, where many of those displaced from other parts of Karabakh have tried to resettle.

In an interview with Armenia’s state television on September 23, Minister of State Artak Beglaryan condemned the practice, vowing to crack down on unfair leasing. The authorities also are subsidizing rent for the neediest, paying more than $5 million since December 2020, Beglaryan said.

In the longer-term, the de facto government of Nagorno-Karabakh, with aid from Armenia and the global Armenian diaspora, is funding a three-year, 118-billion-dram (more than $240 million) effort to resettle those displaced.

As part of that effort, the de facto Karabakh leader, Arayik Harutyunyan, signed a government decree in July to renovate 10,000 residences abandoned or damaged by fighting both in the 1990s and in 2020, as well as to erect 6,000 new homes for the latest war stricken. The Ministry of Urban Development says a total of 195 construction companies have been involved in the works. Armenian charities like the Tufenkian Foundation are donating millions more in support.

Later that month, Harutyunyan also ordered the creation of a Housing Committee under the Minister of State and budgeted up to 5 million Armenian drams (over $10,000) in state assistance to any young family from the region willing to build a home for themselves there.

Beglaryan estimated that of the 35,000 displaced, more than two-thirds – about 25,000 – are outside Karabakh. He went so far as to stake the stability and what he called “the Armenian future” of Nagorno-Karabakh on the return of the displaced from Yerevan and other parts of Armenia.

One project currently underway is the construction of a 240-apartment complex on the northern edge of the Karabakh capital of Stepanakert, aimed at those forced to flee from the southern city of Hadrut, which is now under the control of Azerbaijan as a result of the war.

Set to be completed by the end of 2022, all 15 buildings are financed by the diaspora-backed Hayastan All Armenia Fund and will be fitted with underground shelters – as are all new buildings being constructed now in Karabakh – the territory’s Minister of Urban Development, Aram Sargsyan, told Eurasianet.

Beyond its housing initiatives, the government is spending millions more on paving inter-city highways and local roads both old and new, and on renovating vital infrastructure including schools and hospitals damaged in the war. Social welfare programs and compensation packages for the displaced and others affected by the fighting are also in the pipeline, according to state authorities.

Providing materials for the construction will be a new cement plant near Askeran, opened in August after its construction was interrupted by last year’s war. The $2 million Savva Cement Factory is a project of the Artsakh Investment Fund, a government-affiliated entity for state-sponsored business development and housing projects, and local businessman Samvel Hakobyan.

It will produce up to 65,000 tons of cement annually, along with bricks and other construction materials, and “could be crucial to the development of the domestic economy,” said Harutyunyan in a statement after visiting the plant on September 19.

On the other side of the new line of control, meanwhile, even more ambitious construction – with estimates running to the tens of billions of dollars – is also underway.

In late August, Azerbaijan President Ilham Aliyev lay the foundation for the first of 25 buildings in a new residential district in the center of Shusha (which Armenians spell Shushi), set to house 2,020 people; the number of future residents symbolically reflecting the year of Azerbaijan’s victory.

That new development, and other housing in the region, is being supported by other major infrastructure projects that include the recently inaugurated international airport in the southern Fuzuli region.

On both sides of the line, the construction is being facilitated by the 2,000-strong Russian peacekeeping force. Azerbaijanis rely on occasional Russian military escorts to deliver construction supplies deep into their newly retaken territories, while the Russians provide a round-the-clock watch over the Lachin corridor that connects Karabakh with Armenia, the source of most of the territory’s building materials.

In the immediate aftermath of the war, the Russian Ministry of Emergency Situations had shipped over 1,500 tons of humanitarian aid, including construction materials intended to “to restore the social infrastructure and housing stock” in the region, the ministry said. Later in the year, authorities in Karabakh had applied to the Russian government for 8,000 prefabricated homes, a number that has since been reduced to 1,000 and is pending approval from Moscow, Urban Development Minister Sargsyan told the Russian newspaper Kommersant in July.

For Lianna Petrosyan, 35, a theater teacher and editor of a local newspaper in Hadrut who fled to Yerevan after the city was taken by Azerbaijani forces, the construction of new housing is a welcome development.

Renting a small, 590-square-foot apartment in northeastern Yerevan, 75 percent of which was until recently subsidized by the Armenian government as part of hosting program for the displaced, Petrosyan told Eurasianet she is excited by the prospect of returning to Karabakh. “The first thing for us now is overcoming the psychological toll of knowing that some things will never be the same,” she said.