International observers said that despite some irregularities, overall the vote was free and competitive. But the losing parties are nevertheless protesting and refusing to enter parliament. 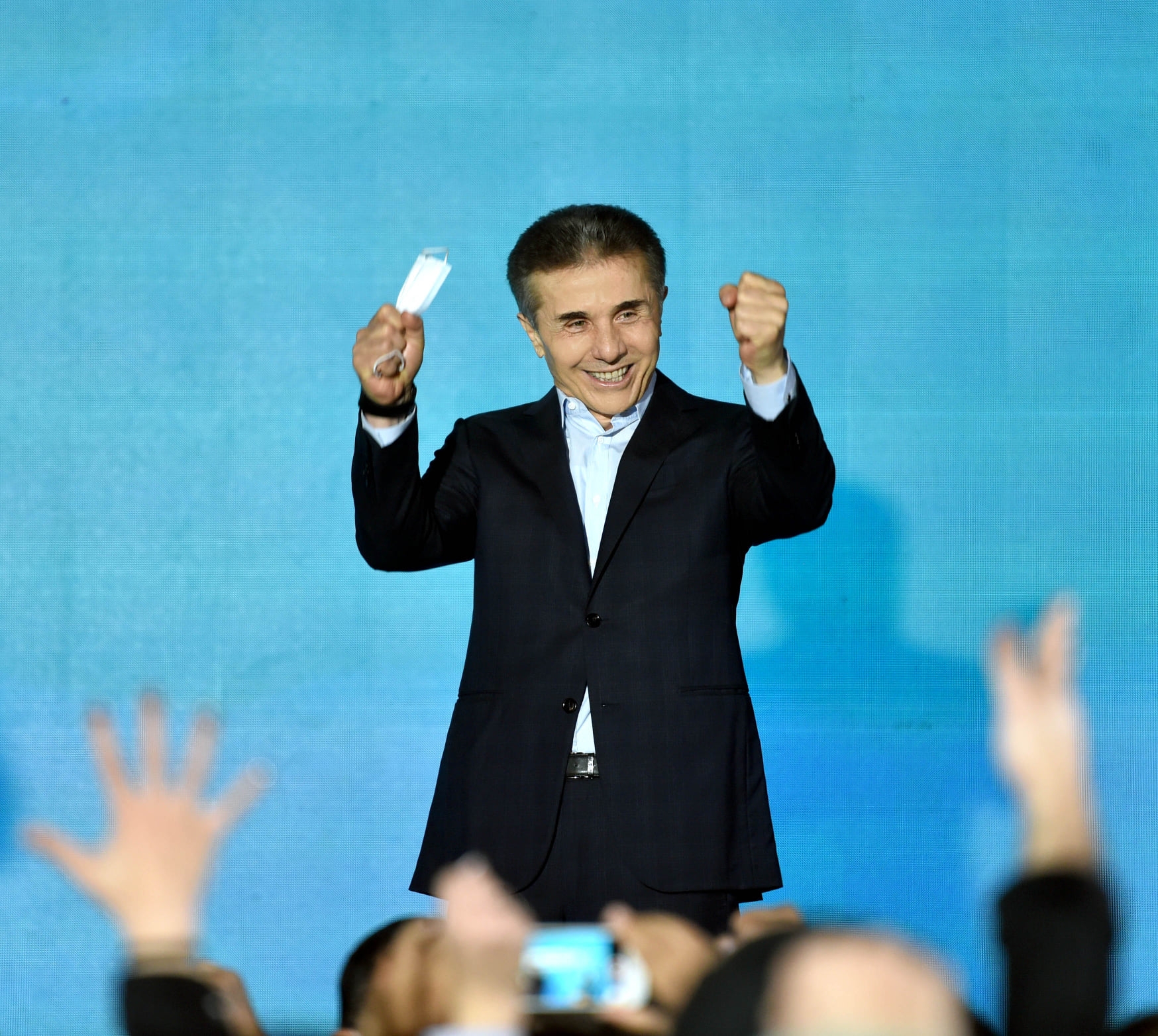 Georgia’s ruling Georgian Dream party is slated to enter parliament by itself after all its competitors have refused to accept the results of the October 31 vote.

With 95 percent of votes counted, official results show Georgian Dream securing a third term in power, winning over 48 percent of the popular vote and dominating nearly half of the 30 district races across the country.

That would give Georgian Dream more than 50 percent of seats in the 150-seat assembly, enough for the party to unilaterally form a government and pass most laws, with the exception of amendments to the constitution.

But the would-be opposition parties – those that official results say got enough votes to make it into parliament – have accused Georgian Dream of stealing the election and announced that they intend to refuse their mandates.

“Becoming part of this parliament means becoming part of Georgian Dream,” said Gigi Ugulava, one of the leaders of the opposition European Georgia party, on November 2.

Nine political groups appear to have topped the threshold to earn representation in the legislature. A coalition led by the United National Movement (UNM), an opposition party loyal to exiled former president Mikheil Saakashvili, came in second with just under 27 percent of the proportional vote. The coalition’s candidates virtually tied with their Georgia Dream rivals in many of the district races.

While many of these district races – where single candidates run in a geographical district and hold a corresponding seat in the legislature – are set for a second round, Georgian Dream is already declaring victory.

“Based on the results of the first round of the vote, Georgian Dream can already form a majority and express confidence in the government of [Prime Minister] Giorgi Gakharia,” said Kakha Kaladze, mayor of Tbilisi and the ruling party’s general secretary, when early returns came in on November 1.

But all other parties that passed the threshold have refused to accept the official results, accusing Georgian Dream of stealing the vote through bribery, intimidation and falsification.

The day after the election, opposition leaders led their supporters in a march to the hilltop home of Georgian Dream’s billionaire chairman, Bidzina Ivanishvili. A rowdy protest rally was held in front of Ivanishvili’s glass palace, which was guarded by police cordons.

“We are not going to let Ivanishvili steal the choice made by the Georgian people,” said ex-president and UNM leader Saakashvili in televised comments from Ukraine, encouraging supporters to “fight” to defend their votes. “He is stealing the fate of Georgia and the fate of every one of you.”

International observers said that while they did detect a number of irregularities, including the use of administrative resources by the ruling party, they said the results were nevertheless generally free and competitive.

“The 31 October parliamentary elections were competitive and, overall, fundamental freedoms were respected,” said the main international monitoring mission, led by the Organization for Security and Cooperation in Europe, in a November 1 statement.

International observers were also skeptical of the opposition’s decision to immediately challenge the voting results. “To challenge the results of the elections on the day of the elections is […] not a sign of a mature democracy,” said Dutch politician Tiny Kox, who represented the Parliamentary Assembly of the Council of Europe in its observation mission. He urged the parties to wait for the final results and to stick to legal avenues for addressing irregularities.

But the opposition groups said they had seen enough evidence to declare that the Georgian Dream stole the vote. They have promised continued protests to pressure the authorities for a rerun.

“I hope they will come to their senses and stay in the election process, and then take part in the parliament’s work,” said Giorgi Kakhiani, vice speaker of Georgian Dream, on November 2.

There have been 450 complaints of violations of electoral procedures lodged with the election authorities thus far. Even if all these complaints are upheld, Georgian Dream will still maintain its lead, Kakhiani argued.

But Georgian Dream is set to have the parliament all to itself following the mass boycott. As UNM representative Nika Melia said: “We are not going to enter that thing […] which only Bidzina Ivanishvili calls a parliament.”