Controversial minister slated to be Georgia’s next PM

Many Georgians have demanded their country’s top cop step down. Instead, he is stepping up. 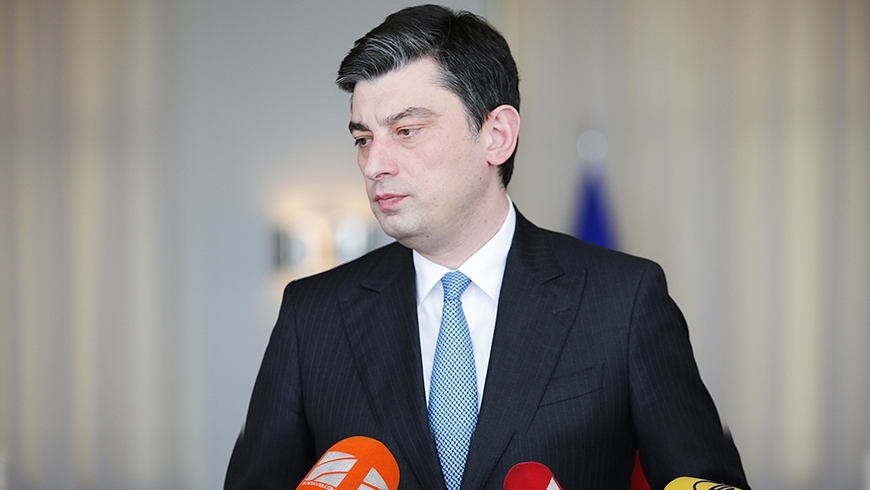 Another protest storm is brewing in Georgia over the nominee for the country’s next prime minister as the chairman of the ruling Georgian Dream party, billionaire Bidzina Ivanishvili, has put forward his government’s muscle to the top political job.

The nomination of Interior Minister Giorgi Gakharia to be prime minister, following the resignation of PM Mamuka Bakhtadze on September 2, defies months-long demands from Georgia’s opposition for Gakharia to resign over his role in a violent crackdown on protesters earlier in the summer.

Ivanishvili personally nominated Gakharia for the post at a party caucus on September 3. “You know Gakharia very well and I believe that based on his work … he earned the nomination to be prime minister,” Ivanishvili told a press conference following the party gathering. “I’m confident that the parliament will support his candidacy.”

Gakharia is expected to breeze through parliamentary vote – Ivanishvili’s will is law for the legislature dominated by the Georgian Dream. But the nomination set off an outpouring of public anger, and throughout the day protesters gathered in front of the parliament building, the very site of the mass demonstrations which Gakharia ordered broken up on June 20. The crackdown, which left some protesters maimed and many injured, led to a series of protests that lasted through the summer.

“This will not stand,” Shota Dighmelashvili, one of the protest organizers, wrote on Facebook following Gakharia’s resignation. “If Ivanishvili gives a promotion to a man who is personally responsible for the gouging of protesters’ eyes, he will get even bigger demonstrations.”

Later the same day, the season’s first parliamentary session opened to whistling and catcalls from a minority party, European Georgia. “Instead of sending him home, they promoted Gakharia,” said European Georgia member Sergi Kapanadze. “We don’t intend to put up with this injustice.”

Speaker Archil Talakvadze, of Georgian Dream, ordered European Georgia out of the session. Another opposition faction, the United National Movement, also walked out in protest. The protest was symbolic, however, as Georgian Dream enjoys a supermajority in parliament and does not need the opposition’s consent to form a government.

Adding fuel to the fire, Gakharia’s nomination was praised by Russian Duma member Sergey Gavrilov, whose surprise appearance in the Georgian parliament provoked the protests in June. Russia heavily backs the de facto leadership of two breakaway territories in Georgia, Abkhazia and South Ossetia, and Georgians see Moscow as an occupying power. In that context, many Georgians saw Gavrilov’s appearance as a provocation.

Gavrilov praised Gakharia for his “tough position during the June events,” Russian official media reported on September 2. He added that he hoped the new prime minister would “have enough courage to enter open discussions with Russia aimed at restoring cooperation.”

After the protests broke out Ivanishvili and Georgian Dream met the ensuing demands halfway, agreeing to amend the electoral system that has been blamed for creation of heavily dominant parties in parliament. The other top demand, however, was Gakharia’s firing. The interior minister is one of the few cabinet members whom Ivanishvili trusts, however, and the party leader instead decided to promote him.

In the wake of the protests Ivanishvili has stepped up a crackdown against his opposition, with increasingly brazen attacks on critical news outlets and potential political rivals.

Some political observers believe that Ivanishvili installed Gakharia as a lightning rod to absorb any public anger with the authorities while the billionaire himself can remain at a safe, formal remove from the political front lines. “Ivanishvili is tired of taking all the hits and so essentially he wants to hide behind Gakharia,” political commentator Gia Khukhashvili told the IPN newswire.