While Ukraine tries to banish the Georgian ex-president, Armenia takes aim at his book. 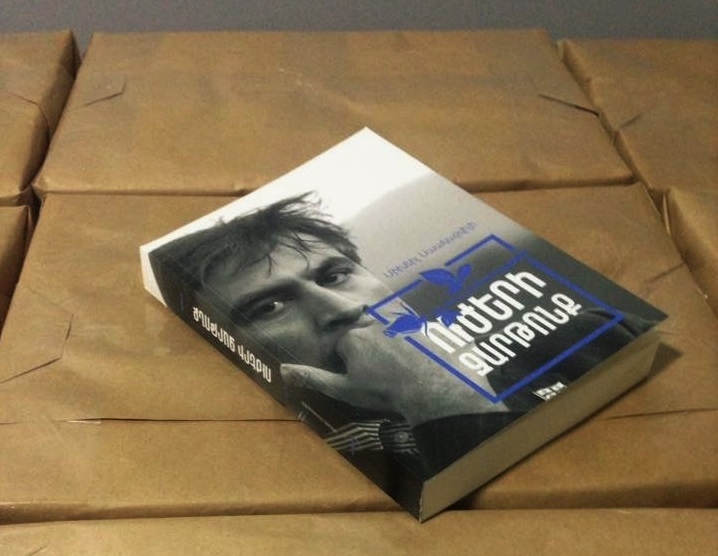 The Armenian translation of Mikheil Saakashvili's memoir, “Awakening of Force.” The launch had a rough rollout, with allegations that the government was trying to stifle it.(photo courtesy Mikayel Nahapetyan)

A memoir by former Georgian president Mikheil Saakashvili has received a rocky reception in Armenia, which the book's Armenian translator alleges is the result of government pressure.

The book – with the Star Wars-esque title, “Awakening of Force” – is an account of Saakashvili's political journey throughout the former Soviet space. The volume describes the making of the Rose Revolution – the peaceful 2003 uprising in Georgia that Saakashvili is now endeavoring to export to Ukraine – and the subsequent reforms that pulled Georgia out of the mire of corruption and chaotic governance.

The Armenian translation of the book got bad press even before anyone had the chance to read it. Several detractors, including political figures, described Saakashvili as being “anti-Armenian” and called for banning the book. The campaign prompted two venues to cancel book launch events, first at the house museum of Armenian poet Yegishe Charents and then at Noyan Tapan bookstore. The bookstore also declined to carry the book.

“Awakening of Force” was finally presented on February 7 at Yankee, a country club in Yerevan. The author of the translation, Mikayel Nahapetyan, said that the cancelation was the result of pressure from influential figures. “I believe the double cancelation was the result of personal ambitions of several people with influential connections,” Nahapetyan told Tamada Tales. “Either way, they would not have succeeded without help from government officials.”

The book’s critics blasted Saakashvili for his handling of Georgia’s ethnic Armenian-dominated region of Samtskhe-Javakheti during his presidency. Part of Saakashvili’s post-Rose Revolution reform was about tightening the central government’s hold over Georgia’s provinces, not least Samtskhe-Javakheti. Four years into his first term, Saakashvili claimed credit for stomping out separatist sentiments there, but his policies antagonized many Armenians on either side of the two countries’ border.

“This man was a hater of Armenians… he cut to the minimum studies of the Armenian language and literature in the Armenian schools [of Samtskhe-Javakheti],” claimed Shirak Torosyan, a lawmaker from the ruling Republican Party of Armenia. “Why should this man’s book, which is largely anti-Armenian, be translated into Armenian and presented here?”

Nahapetyan says there is nothing anti-Armenian in the book, which he translated and printed in 500 copies at his own expense. “I have translated the book to start a conversation in Armenia about governance systems, models and structure. I wanted people to get acquainted with Georgia’s experience,” he said.

Ironically, during Saakashvili’s presidency many nationalistic chauvinists in Georgia claimed that he had Armenian roots and was pushing a pro-Armenian agenda. Armenian President Serzh Sargsyan awarded Saakashvili with the Order of Honor in 2009 for his contribution to Armenian-Georgian friendship.

Saakashvili reacted to his book’s troubles in Armenia from Ukraine, where he is waging a war on President Petro Poroshenko’s government, most recently fighting an attempt by Kyiv to expel him from the country. “I thought that here in Ukraine we are bogged deep in a political swamp, but I must admit that problems are much deeper in Armenia,” he said on Facebook. “I love and respect Armenian people and hope things will get better.”