With the disease spreading far more slowly in Georgia, Armenians are asking: what did they do that we didn’t? 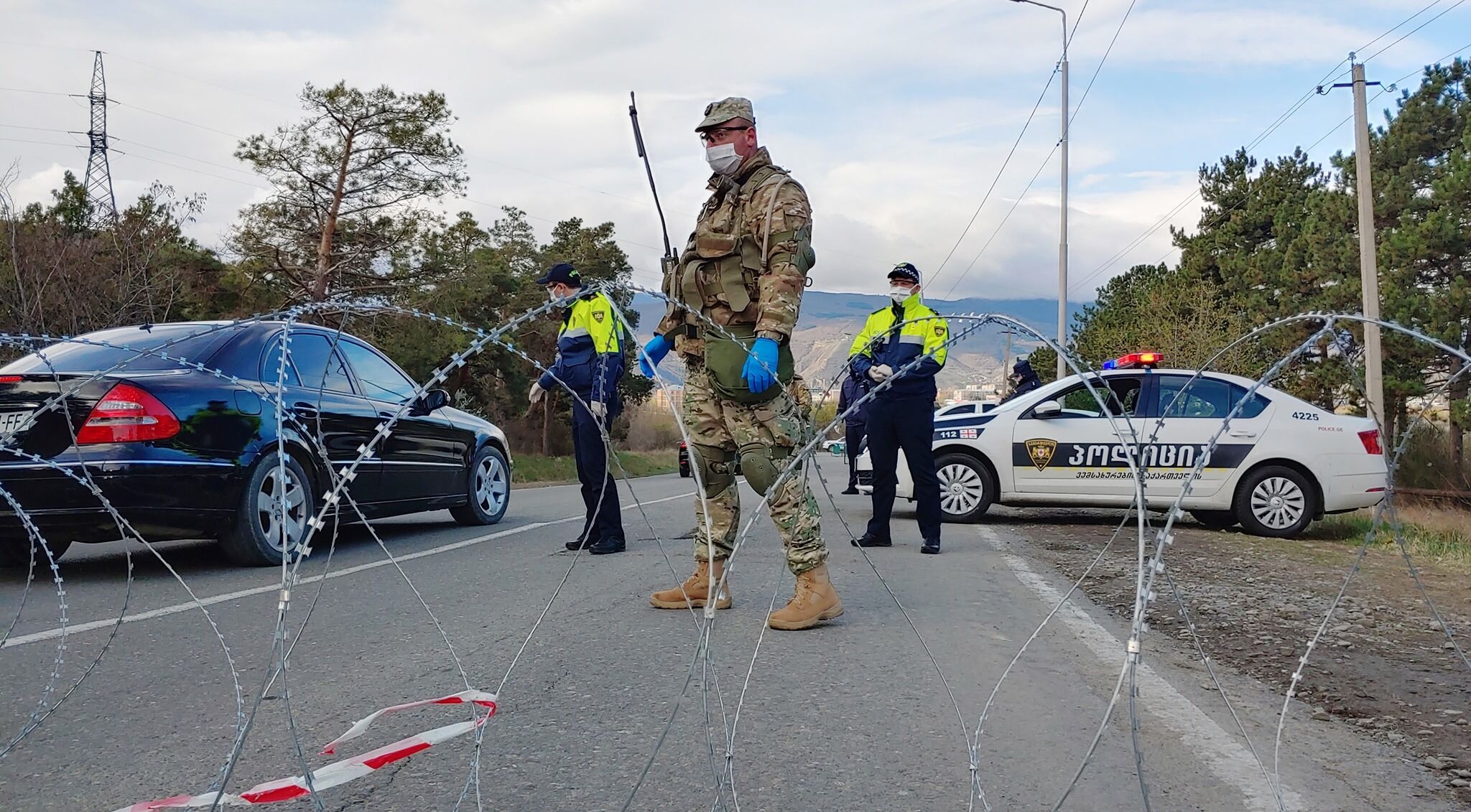 Georgian police have been more aggressive than their Armenian counterparts in restricting movement amid the novel coronavirus pandemic. (photo: MIA, Georgia)

The couple in what has been called the “Caucasus’ most legendary love-hate relationship,” Armenia and Georgia, now has a new topic to argue about: the coronavirus.

The two neighbors have had substantially different experiences under the global pandemic. In Georgia, COVID-19 has been largely kept at bay, and the government’s response feted worldwide. In Armenia, meanwhile, the number of cases continues to shoot up and the country has the highest per capita rate of the disease in the Caucasus and Central Asia.

It has been an unlikely turn of events. Armenia’s post-“Velvet Revolution” government brought a new, dynamic leadership to the country, while Georgia’s has been heading in the other direction, distinguishing itself above all by its lack of accountability and indifference to governance.

So many Armenians are asking: how did it turn out this way?

As a May 5 commentary on the Armenian news site CivilNet put it: “For onlookers in neighboring Armenia … Georgia’s approach to the outbreak raises some uncomfortable questions: namely, what has Georgia done right, and why has Armenia, so far, been unable to follow suit?”

The answers from Armenia have been varied.

The popular Armenian Telegram channel Bagramyan 26 spread fake news that Georgia was “hiding” its true number of cases. Health Minister Arsen Torosyan suggested that Georgia had benefited from a “lucky coincidence” in that it had avoided a couple of early super spreaders, including one notorious woman who hid her symptoms after returning from Italy and then attended a big party in the city of Echmiadzin. (To be fair: this reporter also initially explained the discrepancy that way.)

Others pointed to the discrepancy in testing: Armenia has been testing roughly double the number of people that Georgia has. (As of the end of April, Armenia had tested 21,125 people and Georgia, 12,593.)

The real difference, though, is not that complicated: Georgia implemented self-isolation regimes and controls on movement significantly sooner than Armenia did. Georgia barred flights from Italy starting March 6, and even before that it was forcing arriving passengers from Italy and other hot spots into two-week quarantines. Armenia didn’t stop flights to and from Italy until March 15; the notorious Echmiadzin party-goer arrived on March 8.

“That is, this ‘bad luck’ was preprogrammed, and was not bad luck but a natural consequence of the mistakes made,” wrote economist Hrant Mikaelian in an exhaustive blog post comparing the two countries’ responses. The testing numbers, too, are a canard, Mikaelian argued. He noted that Georgia actually gets a higher percentage of negative tests than Armenia does, suggesting that if anyone is undertesting, it is Armenia.

While Armenia for a time only allowed residents out of their homes if they filled out a form expressing the reason, the system was easily circumvented and not strictly enforced. Georgia has never restricted residents from leaving home freely, but its other novel restrictions – a 9 pm to 6 am curfew, and a two-week period where private car travel was banned – have in fact been well enforced. Threats of a 3,000-lari fine (about $930) are well publicized and the subject of much discussion.

In general, the CivilNet commentary concluded, “Armenia’s limitations have often been less strict and have come days or weeks later than Georgia’s. As a result, social distancing has been less comprehensive in Armenia, providing more opportunities for the coronavirus to spread.”

That discrepancy appears slated to continue.

On May 4, Armenia – even as the disease continued to spread rapidly – lifted most of the lockdown restrictions, allowing residents to again go to cafes and restaurants (as long as they are open air) and all factories to open. In Georgia, by contrast, open-air establishments aren’t scheduled to open until June 7.

And the political comparisons are bound to continue, as well. On May 5, a former prime minister of Armenia, Hrant Bagratyan, said that he was hoping for direct Georgian intervention in Armenia’s coronavirus response.

Noting that in the 1990s, an Armenian energy minister was dispatched to Georgia to help sort out a problem with the neighbor’s energy system, Bagratyan said the reverse should happen today: “Today I am dreaming that [Georgian Prime Minister Giorgi] Gakharia would come to Armenia for two weeks and take the post of the head of government and show how you need to fight with the epidemic.”