Economy forecast to shrink by 0.9 percent. 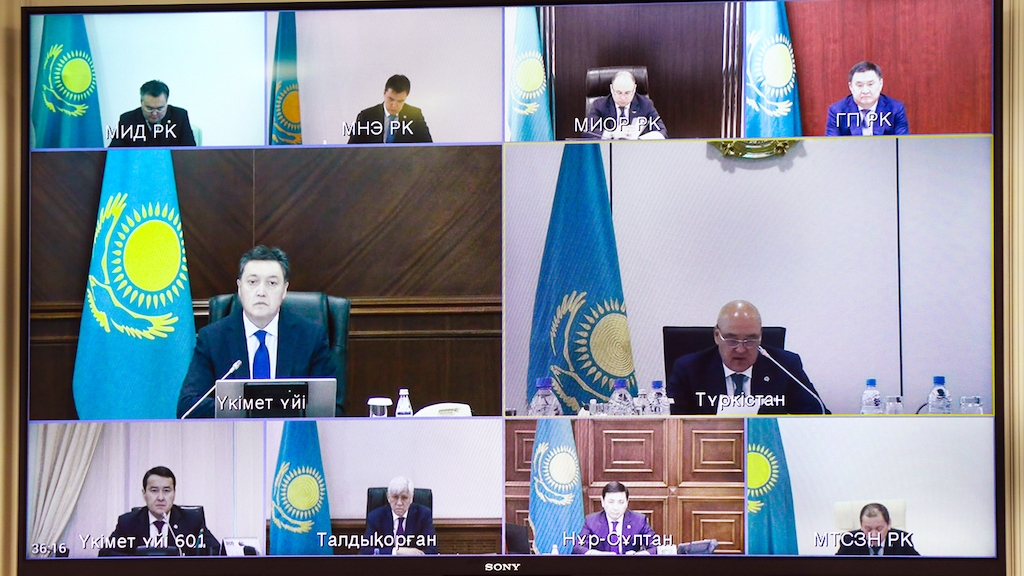 The government in Kazakhstan has, in the light of the unfolding coronavirus pandemic and the concomitant fall in global oil prices, revised its economic projections for this year to forecast a 0.9 percent contraction.

Before the current crisis hit, gross domestic product, or GDP, had been expected to expand by 4 percent.

National Economy Minister Ruslan Dalenov said on April 2 that the value of Kazakhstan’s exports has been especially badly hit.

Dalenov pointed to the confluence of negative global factors as the main contribution to the slowdown. The government’s radical measures to halt coronavirus in its tracks have brought vast swathes of the economy to a standstill.

The fall in the value of Kazakhstan’s most valuable commodities has been precipitous. By the government’s own estimates, the value of its oil exports has collapsed by 65.7 percent since the start of the year, and the average price for metals has fallen by 15.6 percent.

“Bearing that in mind, the average (assumed) price for oil in April-December this year has been set at $20 per barrel. The estimated dollar rate is 440 tenge and annual inflation will be in the range of 9-11 percent,” Dalenov said.

This is a dramatic change from the assumptions underlying earlier budget plans, which saw oil at $55 per barrel, the tenge at 380 to the dollar and inflation targeted at 4-6 percent.

Forecasts on oil production are being trimmed too. Output is now set at 86 million tons, down by 4 million tons. Large slumps are anticipated in the mining, manufacturing, agriculture, construction and service industries, as well as in trade.

Speaking at a press conference on April 2, First Deputy Finance Minister Berik Sholpankulov said that the government intends to raise 2.4 trillion tenge ($5.3 billion) in debt to paper over its budget deficit. About $3 billion will be raised on the international debt market, he said.

Kazakhstan is loosening its purse strings to minimize the broader social impact of the crisis. On March 31, President Kassym-Jomart Tokayev announced more details of a package intended to bolster support for welfare recipients and help business weather the storm. Sholpankulov said 5.9 trillion tenge ($13 billion) were being earmarked for that purpose.

The scale of the economic slump, which will, if the government’s own projections are accurate, outdo even the 2008-2009 crash in gravity, is forcing Nur-Sultan to dig deep into its pockets. One important source of relief is the rainy-day National Fund, which will be central to the government’s plan to spend its way out of trouble.

Those reserves are currently worth around $60 billion. Reuters news agency has reported that the government intends to use up 4.8 trillion tenge ($10.6 billion at current rates) from that pot this year, up from the 2.7 trillion tenge ($6 billion) it intended to use previously.

Economist Meruert Makhmutova wrote on Facebook that the recurrent need to raid the piggybank is forcing the government to learn some hard lessons.

“In 2015-2016 (when oil prices were low), Kazakhstan spent twice as much (out of the National Fund) as it earned from oil. This year, that difference between revenues and spending from (fund reserves) will evidently be threefold. We will have to learn to live without oil.”