Armed forces on both sides appear not to have made many concessions to the need to social distance, but diplomats have held their first videoconference as part of the ongoing peace negotiations. 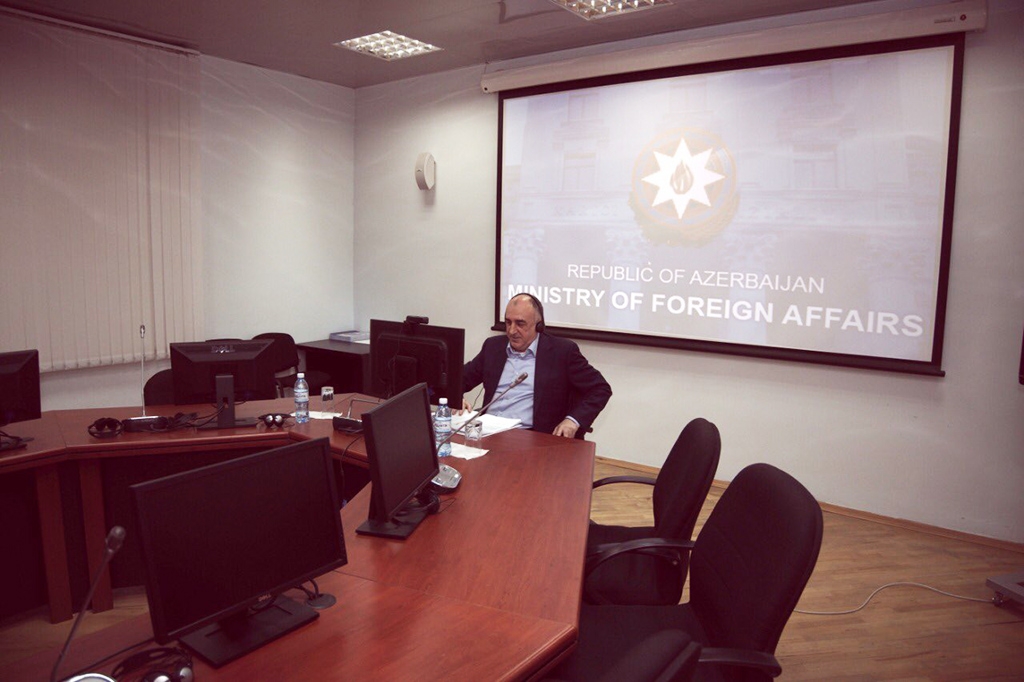 The conflict between Armenia and Azerbaijan has abated since the start of the coronavirus outbreak, following early fears that one or both sides might seek to take advantage of the chaos for military advantage.

Over the past month, three soldiers and one civilian – all Armenian – have been wounded, and none killed. That level of casualties is roughly average for this time of year, and down from years when the onset of spring has been accompanied by a spike in violence along the front lines. Total armed incidents, too, are roughly comparable to this period in previous years, according to an accounting by the International Crisis Group.

This outcome was not preordained.

On March 19, the international team monitoring the ceasefire announced that it would suspend operations indefinitely as a result of the COVID-19 outbreak. Immediately following the announcement, the Minsk Group of the OSCE, the United States-, Russia-, and France-led diplomatic effort mediating peace talks on the conflict, issued a statement calling on both sides to “refrain from any provocative action that could further raise tensions during this period.”

“There were concerns it might create a situation where somebody would see that [suspension of the monitoring mission] as an opportunity or would worry that the other side would see it as an opportunity,” one Western diplomat familiar with the conflict told Eurasianet on condition of anonymity. “It created a certain level of uncertainty.”

Following a call by United Nations Secretary General António Guterres for a global ceasefire in light of the pandemic, Armenia publicly agreed to comply. Azerbaijan has not.

Both sides, however, seem to have prioritized their domestic fight with the novel coronavirus over the struggle over Karabakh, the diplomat said. A high-level communications line between the two sides established in 2018 remains in use and has helped defuse tension even in the absence of neutral observers.

“It may be that the coronavirus in itself is driving the caution on both sides, given that the top priority for the leadership has to be health and safety and dealing with the crisis. This is a time when any adventurism or movements could be extremely dangerous and also have unpredictable effects on everybody,” the diplomat said. “At the same time, if there was no communication between the leaders, you could easily see miscalculations or misreadings of what is happening.”

Military operations on both sides of the line of contact are closely guarded secrets, and it’s not clear what concessions to the outbreak have been made among the armed forces. Both sides have limited visits between soldiers and their families as a means of stemming the virus’s spread. Azerbaijan delayed the demobilization of contract soldiers at the height of the virus’s spread.

But a review of recent press releases and photos from both sides’ militaries suggest little attention to social distancing among active units, and little mask-wearing except when soldiers interact with civilians. Both sides have continued to carry out military exercises.

In Armenia, officials have announced that six soldiers have officially recovered from COVID-19 and returned to the military, but have declined to report how many soldiers have been infected. In Azerbaijan, the authorities have not reported any soldiers becoming ill with coronavirus.

The outbreak also has, inevitably, affected the conduct of the peace talks.

On April 21, the foreign ministers of Armenia and Azerbaijan, along with the co-chairs of the Minsk Group, for the first time held a videoconference in light of the current difficulties surrounding international travel and the need to maintain social distancing. Among the topics discussed: the status of confidence-building measures that the two sides were organizing, including family visits to detainees on both sides and a follow-up to an exchange of journalists last year.

“[T]he implementation of previously agreed humanitarian measures was postponed,” the foreign ministers said in a statement following the meeting. “The face-to-face ministerial meetings and the visits of the co-chairs to the region agreed upon in Geneva have also been postponed. Nevertheless, the necessary work to prepare these activities continues.”

Some saw a positive side to the establishment of an alternative to face-to-face talks.

A shift to videoconferencing could “inject a fresh degree of energy in an otherwise stalled and deadlocked negotiating process,” said Richard Giragosian, the head of the Yerevan think tank Regional Studies Center.

“The video conference was important as a demonstration of a new opportunity for diplomatic engagement that can be both more productive by convening more often, perhaps on a monthly basis, and more constructive, as an informal way to bring in all parties to the conflict to the discussion,” Giragosian told Eurasianet.