Denialism and conspiracy theories about the disease appear to be in retreat as more and more people are infected. 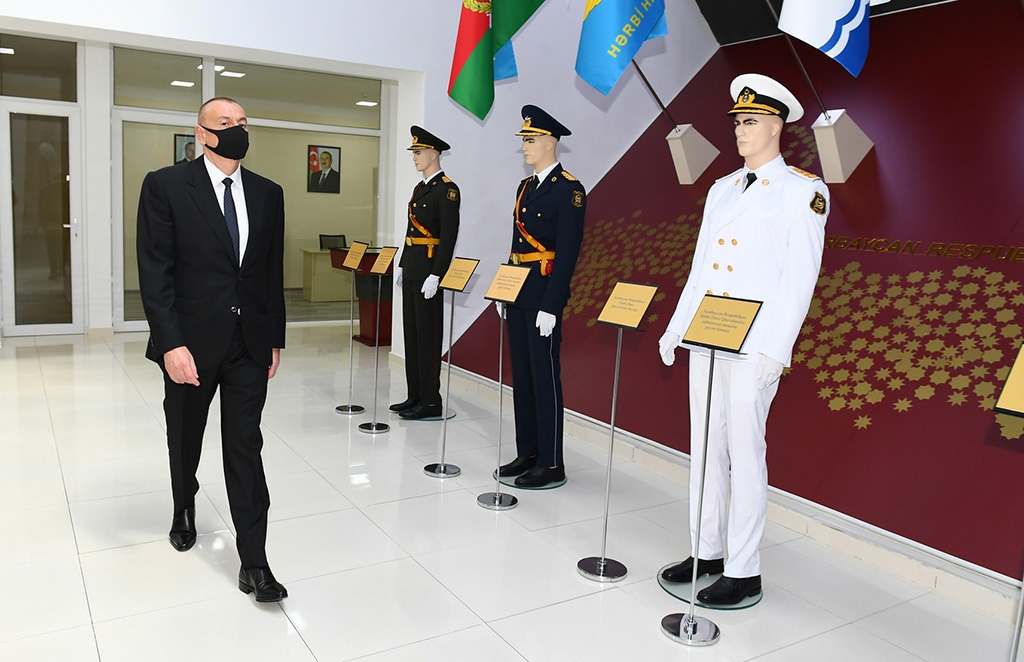 For months, many Azerbaijanis were in denial about COVID-19, not believing that the disease was real or thinking the threat was being exaggerated by the government or shadowy global forces.

Recently, however, that denialism appears to be on the wane as the disease rapidly spreads throughout the country. Increasingly, Azerbaijanis are taking the disease seriously as they see friends, family members, and co-workers come down with the virus.

One Bakuvian told Eurasianet she hadn’t believed the disease existed because she didn’t know anyone personally who had contracted it.

“I only recently realized that COVID-19 exists after several people at work became sick, especially in the past month,” the woman said, speaking (like all interviewees in this story) on condition of anonymity. “Some of them are my close friends. One of them is in intensive care. I didn’t know this was a disease that can send you to intensive care, despite all stories I had heard before. Another co-worker got infected with COVID-19 a month ago. It took him almost a month to recover.” The woman said that she has started wearing a mask because “I’m afraid to contract the disease and infect my parents.”

While coronavirus conspiracy theories are common around the world, anecdotal evidence suggests that they had taken root especially widely in Azerbaijan. Initially, amid a lackadaisical response to the arrival of COVID-19, many Azerbaijanis were convinced that the government was underreporting the spread of the disease in order to not create panic. As time passed and the government addressed the pandemic more aggressively, the prevailing conspiracy theories went in the other direction, suggesting that the government was inflating the statistics.

“I believe in the disease and I wear a mask. But I don’t believe in the figures presented in the media,” another Bakuvian told Eurasianet. “This is part of a big game. They want to lock us in our homes. So many people are separated from their loved ones, weddings have been banned, we don’t visit our elders and relatives anymore. So many old people are getting sick from loneliness. Our traditions are being destroyed.”

Some of the distrust came from the government’s own early denialism. On February 25, the country’s chief epidemiologist declared that there was no coronavirus in the country and complained that people were incorrectly “frightening” Azerbaijanis with claims that the disease had already arrived. Three days later, the country officially registered its first COVID-19 case.

Since then, the disease has spread widely. It was kept at bay during a strict lockdown regime in April, but once that was lifted the epidemic has steadily gathered speed. As of July 7, Azerbaijan had recorded 21,374 COVID-19 cases and 265 related deaths. In recent days the country has been registering more than 500 new cases per day.

Both pro-government media and independent activists have been trying to raise the alarm about the pandemic’s seriousness to a population they see as inappropriately skeptical.

“Neither statistics, nor warnings from leading molecular biologists, nor research by world-renowned scientists, nor the terrible scale of the epidemic in neighboring Russia, Turkey, and Iran were able to convince millions [in Azerbaijan], who do not want to believe in the danger of the new virus,” wrote journalist Eynulla Fatullayev in a May 28 piece in the website Haqqin. “We are witnessing a societal psychological breakdown.” He attributed the denial to Azerbaijanis’ “psychological safety cushion” that they created around themselves to maintain hopes for a return to normal life.

As elsewhere, conspiracy theories have been abetted by misinformation on social media; in Azerbaijan’s case this often comes from posts in Russian and Turkish.

“This virus will finish us, dear people,” wrote independent journalist Khadija Ismayilova in a June 24 Facebook post. “You will lose your close ones and you will feel responsible. Don’t go to funerals. Many people have been infected at funerals. […] Don’t send via WhatsApp fake videos made by Russian propagandists. They are fake. This trash [COVID-19] exists. It is dangerous. If we don’t take it seriously we are finished.”

Another independent activist, Bakhtiyar Hajiyev, wrote in a June 23 Facebook post: “All day I have been reading my friends’ posts about their uncles, aunts being in a grave condition or passing away. These are no longer the government’s fabrications or plans of Masonic lodges […] The coronavirus exists and is getting closer to us.”

The country reintroduced the lockdown on June 21, and the media has been featuring heartrending stories about people from all walks of life who have suffered from the disease. In one widely reported story, a man died of the virus on his 37th birthday, and his mother died of a heart attack the following day.

The government also has been fighting against conspiracy theories. On June 28, an official from the Ministry of Transport, Communications and High Technologies said that the country would not be adopting 5G cellular telephone technology, in response to claims that it was connected to COVID-19.

But some have connected the government’s own lack of credibility to the spread of coronavirus conspiracy theories.

“If a citizen doesn’t believe in a free election and a fair court, why would he believe in the danger of coronavirus?” asked journalist Elnur Astanbeyli in a recent piece analyzing denialism in Azerbaijan. “If a citizen views elections as a spectacle, the courts as a joke, why wouldn’t he consider the pandemic to be a fabrication? Why would the citizen believe in the words of the deputy he hasn’t chosen and the official he doesn’t trust?”

One Bakuvian said that he used to have “zero” belief in the virus, and still doesn’t believe that the strict lockdown is warranted. Nevertheless, he said he does now believe that the disease exists.

“Yes, I believe in the virus now and I think it can be very dangerous – if you have underlying conditions and weak immune system,” he told Eurasianet. “I do think that this disease is a bit overrated. […] It doesn’t merit imposing a lockdown, closing borders and shutting down businesses. But in any case, it’s a good idea to protect yourself, wearing a mask and maintaining social distancing.”