COVID and the new debt dynamics of Kyrgyzstan and Tajikistan

Before the pandemic, Central Asia’s poorest countries had been managing their Chinese debts quite well. Now they are asking for help. 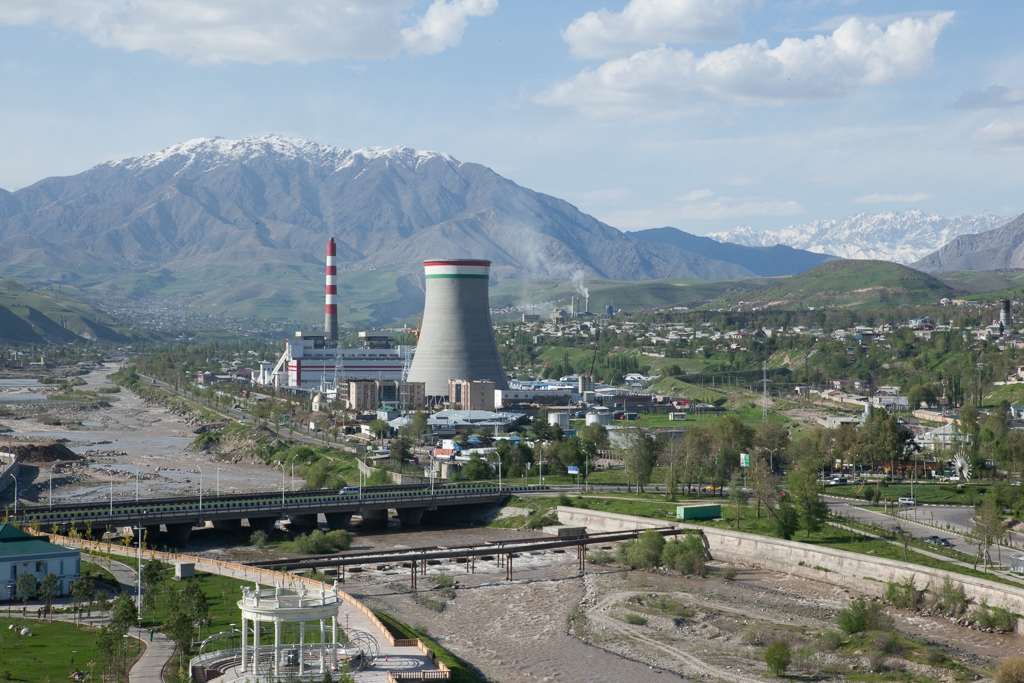 China’s Eximbank financed the Dushanbe No. 2 thermal power station, which was completed in 2016. Now the bill is coming due. (photo: David Trilling)

For all the concerns in recent years that Kyrgyzstan and Tajikistan were falling into a Chinese debt trap, through the first half of 2020 Bishkek and Dushanbe had been meeting their commitments to Beijing. Then came COVID-19, shredding government revenues right as payment obligations for the two are scheduled to rise.

China had stopped signing large lending deals with both countries some six years ago. Most likely, Beijing will extend the terms of repayment, though for now the International Monetary Fund has been doing most of the bailout work. Beijing is not retreating, but it has signalled its economic role will be less centred on debt-for-infrastructure and more on growing Central Asian exports to the Chinese market, industrial capacity and foreign direct investment.

Kyrgyzstan started to borrow large sums from China’s Export-Import Bank (Eximbank) to finance infrastructure around 2010 (when it already had sizeable debt exposure to multilateral banks). The last big deal was signed in 2014 for an alternative, 433-kilometer highway linking the north and south through remote parts of the country, which is scheduled to be completed next year. Eximbank has continued to disburse funds as the project is built. But since 2016, annual Kyrgyz repayments to Eximbank have been almost equal to the amount it borrows, keeping debt to Eximbank at the same level. The reason for the lending slowdown appears to be reticence on both sides to overburden Bishkek.

For the last decade, Kyrgyz GDP growth has been strong, so the country’s debt-to-GDP ratio barely changed. In fact, it was lower in March 2020 than it was in 2010. Eximbank loans to Kyrgyzstan are highly concessional – 2 percent interest rates with grace periods of up to 11 years. So, pre-COVID, China’s lending had not fundamentally changed the debt dynamic for Kyrgyzstan. What changed was that a higher percentage of Kyrgyzstan’s debt was owed to China at the end of the decade.

In 2019, Kyrgyzstan paid $203 million in debt servicing to all its creditors. This is scheduled jump to over $300 million per year between 2024 to 2028, much of it to Eximbank. That timetable was workable while budget revenues were growing, but COVID has slashed a giant hole in Bishkek’s budget. Twice in the last two months Bishkek has publicly requested Beijing’s forbearance. Bishkek also took emergency loans from the IMF in March and May.

Tajikistan’s large-scale borrowing from China started around 2006. The bulk of Eximbank’s lending to the country – again largely for infrastructure – occurred over the next four years. As with Kyrgyzstan, Dushanbe and Beijing signed their last major loan deal in 2014, with the project – Stage 2 of the Dushanbe No. 2 thermal power station – completed in 2016. Despite extensive Chinese FDI in mining and other ventures with commercial potential, to my knowledge there is no major project currently under construction in Tajikistan directly financed by Eximbank.

Neither the Chinese nor the Tajiks have publicly discussed the reasons behind the halt to lending. To me it appears that Eximbank grew reluctant to lend to the country. That hasn’t stopped Tajikistan’s thirst for credit, however.

Unlike Bishkek, which has sparingly taken loans in recent years, Dushanbe has been on a borrowing spree, turning to other sources of finance. In 2017, it issued $500 million in Eurobonds, which have much higher interest rates than Eximbank loans (7.1 percent versus 2 percent). Then, this May, the IMF disbursed $189 million to Tajikistan to aid its COVID response.

Despite the pandemic, Tajikistan continues to repay Eximbank. In the first half of 2020, Tajikistan’s debt to China declined by $30 million. Tajikistan does not publicly discuss future debt servicing, but repayment obligations to China (and elsewhere) must be scheduled to rise – the grace periods are now over for most Eximbank loans to Tajikistan. In August Dushanbe asked Beijing for debt relief.

There is one caveat to the decline in Chinese lending to Tajikistan. The Tajik section of a proposed gas pipeline from Turkmenistan to China – Line D, which was agreed in 2013 – is being financed for a reported $3.2 billion by China National Petroleum Corporation (CNPC), which will operate the section in a joint-venture with state-owned Tajiktransgaz. If the project, which is currently stalled, loses money, then Tajiktransgaz may be partially liable. By contrast, CNPC is slated to build the Kyrgyz section of Line D alone and Bishkek will charge rent and transit fees.

Beijing will also likely offer some targeted write-offs. But China will be wary of widespread forgiveness lest it appear it does not expect loans to be repaid. Any debt write-off to Dushanbe would also mean that Beijing is subsidising Tajikistan’s other debt, essentially obligations to private institutional investors and multilateral banks. In fact, the opposite has begun happening: The IMF has lent to Tajikistan and Kyrgyzstan this year, helping both continue to meet Eximbank’s repayment schedule. The IMF is subsidizing their repayments to China and other institutions.

Yet the bigger picture shows Chinese loans for large-scale infrastructure projects in the two poorest Central Asian states on a downward trend for some time. Beijing will continue to increase its economic role in both countries after COVID – it has too much at stake to pull back and all this infrastructure makes commercial opportunities that much easier – but debt-for-infrastructure will probably play a limited role in the pandemic’s wake.