CSTO begins to withdraw from Kazakhstan

The state of emergency has been lifted in most of the country. 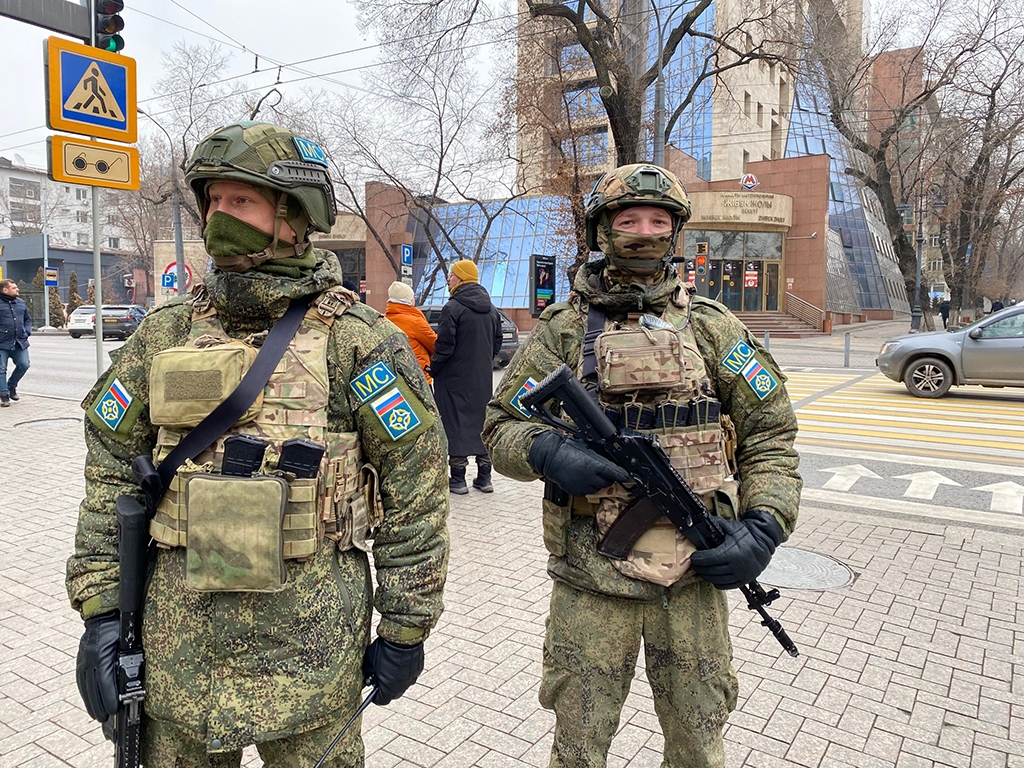 Peacekeeping troops with the Russian-led Collective Security Treaty Organization began withdrawing from Kazakhstan on January 13 just as the government lifted its state of emergency in several regions.

A ceremony to mark the pullout was held in the business capital, Almaty, which saw the worst of last week’s unrest.

On the same day, Kazakh authorities elaborated on the charges leveled against the former head of the security services, Karim Masimov, who now stands accused of seeking to violently seize power. Two of his deputies at the National Security Committee, Anuar Sadykulov, who headed the body’s special forces division, and Daulet Yergozhin, are facing the same charges.

The deployment of the CSTO contingent has seen foreign troops, mostly from Russia, but also from Belarus, Armenia, Kyrgyzstan and Tajikistan, guarding strategic facilities, such as key government buildings, airports and military warehouses, while Kazakh troops engaged in what has been dubbed an anti-terrorist operation. Fully 250 units of military machinery were flow into Kazakhstan with the roughly 2,000 CSTO peacekeepers.

The ostensible target of that operation were the remnants of armed gangs and looters that unleashed a whirlwind of destruction from January 5 onward. Residents have reported next to no signs of unrest for the last several days, however. Shops and other businesses have reopened their doors and an internet blackout imposed by the government has been lifted.

Last week’s turbulence erupted several days after peaceful protests began in western Kazakhstan on January 2. Even as mobs of men rampaged through Almaty and a few other cities, civil pickets persisted in towns across Kazakhstan, including in Zhanaozen, where the first demonstration took place. The government has in its rhetoric made a point of noting the distinction between peaceful demonstrators and violent mobs, but it is not always clear if the ongoing effort to quell the unrest is so selective. Numerous journalists have reported being detained for covering demonstrations during the first few days of January.

President Kassym-Jomart Tokayev on January 5 declared a state of emergency in Almaty, the surrounding region and in the western Mangystau region, and he later extended that order, which was to remain in effect until January 19, to the rest of the country. But the state of emergency was lifted on January 13 in Mangystau, and several other regions of the country. It remains in force in the capital, Nur-Sultan, in Almaty and the Almaty region, and Zhambyl regions.

The presence of CSTO forces has divided public opinion in Kazakhstan. Some are happy to see the troops contribute to restoring calm, while others object to the idea of foreign soldiers being used to suppress a local uprising. There is also creeping skepticism over the repeated claims made by Tokayev about the violence being perpetrated by unspecified foreign-based terrorist groups.

“They needed a reason [to call on CSTO support] – the image of an enemy attacking Kazakhstan,” Azamat Maitanov, the former editor of independent Atyrau-based newspaper Ak Zhaiyk, wrote on his Facebook page. “For Central Asia, Islamic terrorists and religious radicals fit the bill well as enemies.”

*Correction: This story originally reported that the state of emergency had been lifted in the capital, Nur-Sultan. It has been corrected.