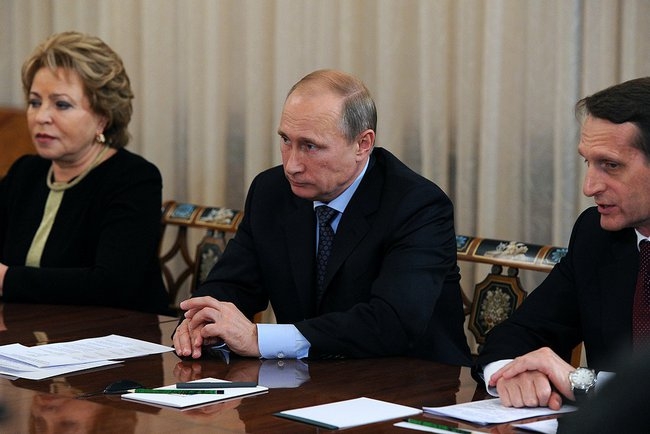 The head of Russia's post-Soviet security bloc said that instability in the region is "in most cases" the result of external manipulations, particularly by the United States. Russian officials also said the group was pursuing ties with countries from around the world, in particular Iran.

The Collective Security Treaty Organization held a session of its parliamentary assembly in Moscow on November 6. In addition to full CSTO members Armenia, Belarus, Kazakhstan, Kyrgyzstan, Russia, and Tajikistan, the parliamentary assembly includes Afghanistan and Serbia. And that group may expand to include Iran, said the speaker of Russia's state Duma, Sergey Naryshkin.

“We believe that in the long term, that experience may be expanded and representatives from the parliaments of other countries, for instance, Iran, might be invited into the CSTO Parliamentary Assembly,” Naryshkin said.

And more broadly, the CSTO is pursuing closer ties with the Shanghai Cooperation Organization, China, Iran, Latin America and countries of the Caribbean, said the group's general secretary, Nikolay Bordyuzha.

Most interesting were Bordyuzha's claims about the U.S. and other Western countries fomenting dischord in the CSTO region. While this isn't an especially new theme for Russian officials, Bordyuzha's comments contained an unusual amount of detail. From the CSTO's account of the event:

Bordyuzha said that the West is guilty of destablizing the situation in the CSTO countries. He said that evidence of this was a "disproportionate increase in the numbers of officials in Western embassies, especially those of the U.S." as well as "the activization of the work of the many NGOs financed by Western grants."

Bordyuzha said that several years before the change of government in Ukraine the staff of the American embassy in Kiev grew to almost 1,500 workers. "The emergence and development of hotbeds of conflict in the CSTO space in most cases is connected with the activization of external influences," Bordyuzha said. "The West crudely interferes in the internal affairs of other governments, trying to manipulate public opinion, economically and financially affecting the government and population."

Bordyuzha also said the group was ceasing its efforts to cooperate with NATO as a result of the "unconstructive and very often openly hostile initiatives by the EU and NATO towards Russia and the CSTO.” For most of the press that seemed to be the headline of the event, even though 1. Bordyuzha had said the same thing several months ago and 2. NATO had never evinced even the slightest interest in cooperating with the CSTO.

Russian President Vladimir Putin also spoke to the group and his comments were a lot less provocative: "Our relations in the CSTO framework with our partner countries and allies are flourishing. We have clearly outlined our goals and tasks. We are successfully working to strengthen the security of our states in the fight against terrorism and drug trafficking, and we have created appropriate mechanisms and tools in all these areas."

Anyway, the CSTO does seem to be forming into a real sort of military alliance, with combined military units including joint air forces and regular joint exercises. What it actually will do to combat this alleged threat of Western destablization remains to be seen.