CSTO Ready, But Not Yet Willing, To Send Troops to Syria 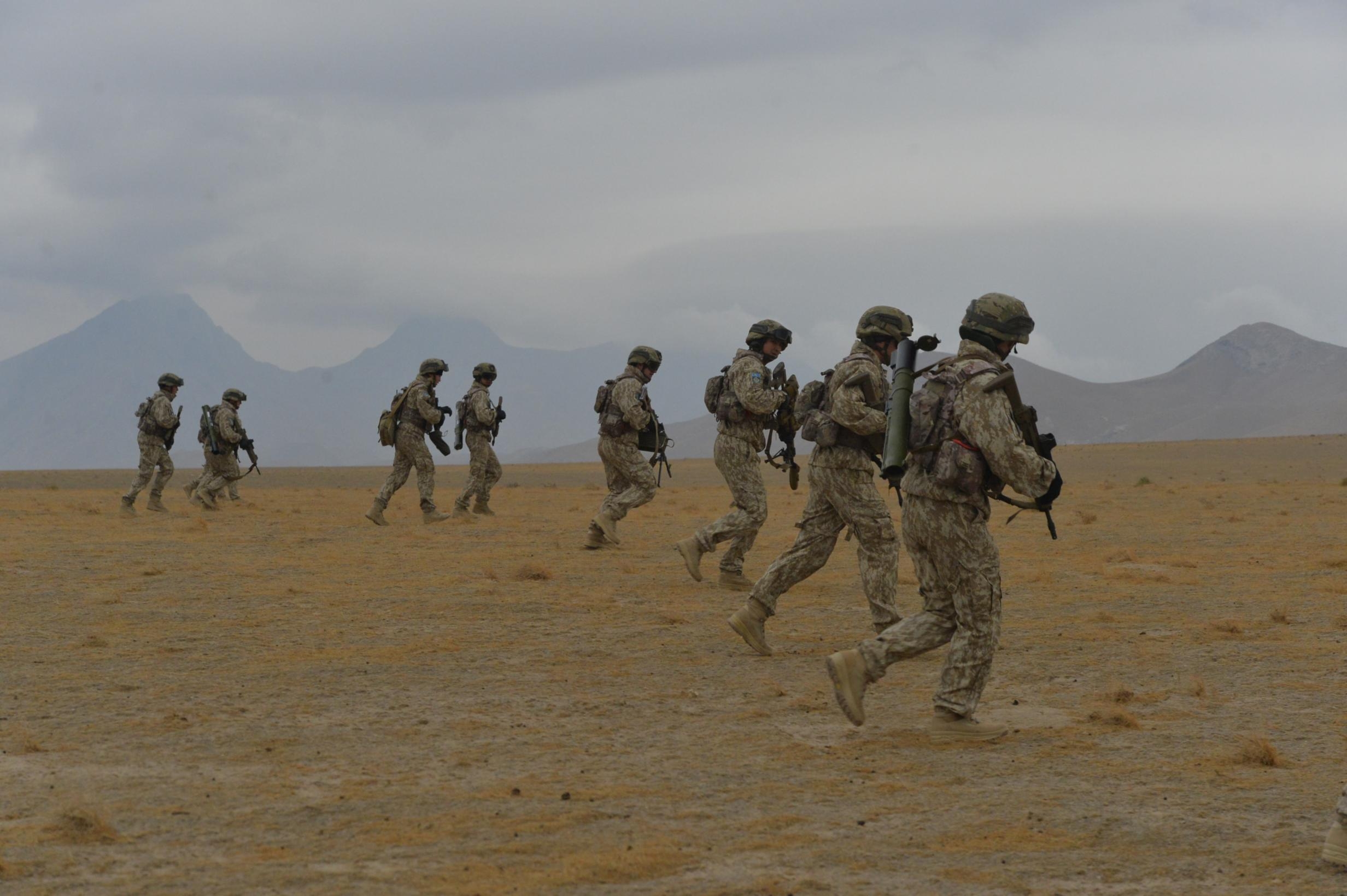 Troops from Collective Security Treaty Organization take part in exercises in Tajikistan in November 2017. The organization failed to come to any decision on deploying troops to Syria at its recent summit. (photo: Ministry of Defense, Kazakhstan)

Leaders of the Collective Security Treaty Organization, the Russia-led security bloc, have gathered but remained mute on the most closely watched item on the group's agenda: sending peacekeepers to Syria.

Discussions on deploying troops from Russia's CSTO allies -- Armenia, Belarus, Kazakhstan, Kyrgyzstan, and Tajikistan -- to Syria has gained momentum over the past year.

Russia has long sought a greater CSTO involvement in Syria. "Sending [CSTO peacekeepers] to Syria could, in Moscow's view, substantially strengthen the international authority of the CSTO and guarantee Russia's interests in the Syrian ceasefire," wrote Russian newspaper Kommersant.

And following a series of CSTO peacekeeping exercises over this fall in Armenia, Kazakhstan, and Tajikistan, the organization's chief of military staff, speaking at the November 30 summit in Minsk, said that they were ready for a Syria deployment.

"Whatever decision is made by the heads of state, it will be implemented," said the chief of staff, Anatoliy Sidorov, in response to questions by journalists about Syria. "I will only say that our peacekeeping contingents are ready for any mission in any part of the world."

But the summit's public declarations included nothing about CSTO peacekeepers to Syria. A resolution on Syria adopted at the summit referred to "Russia's decisive contribution to eliminating hotbeds of international terrorism" and Kazakhstan's role as a diplomatic mediator in the conflict, but nothing about other CSTO members' military contributions.

Unsurprisingly, the problem continues to be the lack of enthusiasm by the other CSTO member states to get involved in Syria. Kyrgyzstan and Kazakhstan have expressed some willingness to consider the idea, but have not yet been convinced of the benefits, apparently.

Kyrgyzstan's military leadership has reportedly been in favor of deploying to Syria, as it would provide them with valuable experience. But Russian news agency Tass asked newly inaugurated president of Kyrgyzstan Sooronbai Jeenbekov about sending Kyrgyzstan's troops to Syria, and he was noncommital. "Kyrgyzstan has not received any invitation from anyone and is not conductibg any sort of negotiations about the deployment of our troops to Syria," he said in a November 27 interview.

"If this issue continues to be considered, it will be decided strictly on the basis of our national interests and maintaining the security of Kyrgyzstan," he continued.

Even if its member states agreed to participate, the CSTO has said it would only deploy on the condition that it got United Nations authorization to do so. Kommersant, citing "sources informed about the negotiations in Minsk," reported that CSTO members believe a UN mandate is unlikely because the United States would veto it. As a way of getting around it, the CSTO discussed the possibility of sending member states' troops on an individual basis, not under the CSTO aegis, which would not require a UN mandate.

Ironically, Kommersant added, Armenia and Kazakhstan are especially prepared to do that given their experience in the US-led missions in Afghanistan and Iraq.

An amusing sideshow to the summit, as is often the case, was the behavior of Belarusian President Alexander Lukashenko. Lukashenko has been somewhat cool to Russia's Eurasian integration projects. Last year, he skipped the summit altogether, though as host that wasn't really an option this year. Still, it was noted that he didn't meet one-on-one with his Russian counterpart Vladimir Putin, and Russian newspaper Komsomolskaya Pravda mocked him for a minor mixup about which door the summiteers were supposed to exit after a photo opportunity. The newspaper suggested that it should inspire the headline, "Lukashenko leads the CSTO in the wrong direction."

Lukashenko, meanwhile, did little to hide his contempt for the organization. “It was truly an open and principled conversation between the world's closest countries," he said, according to the Belarusian Telegraph Agency. "Unfortunately, we have no one closer and dearer to us than those sitting at this table. Or maybe fortunately.”