Uzbekistan has pushed the case for dialogue with the new rulers in Kabul. 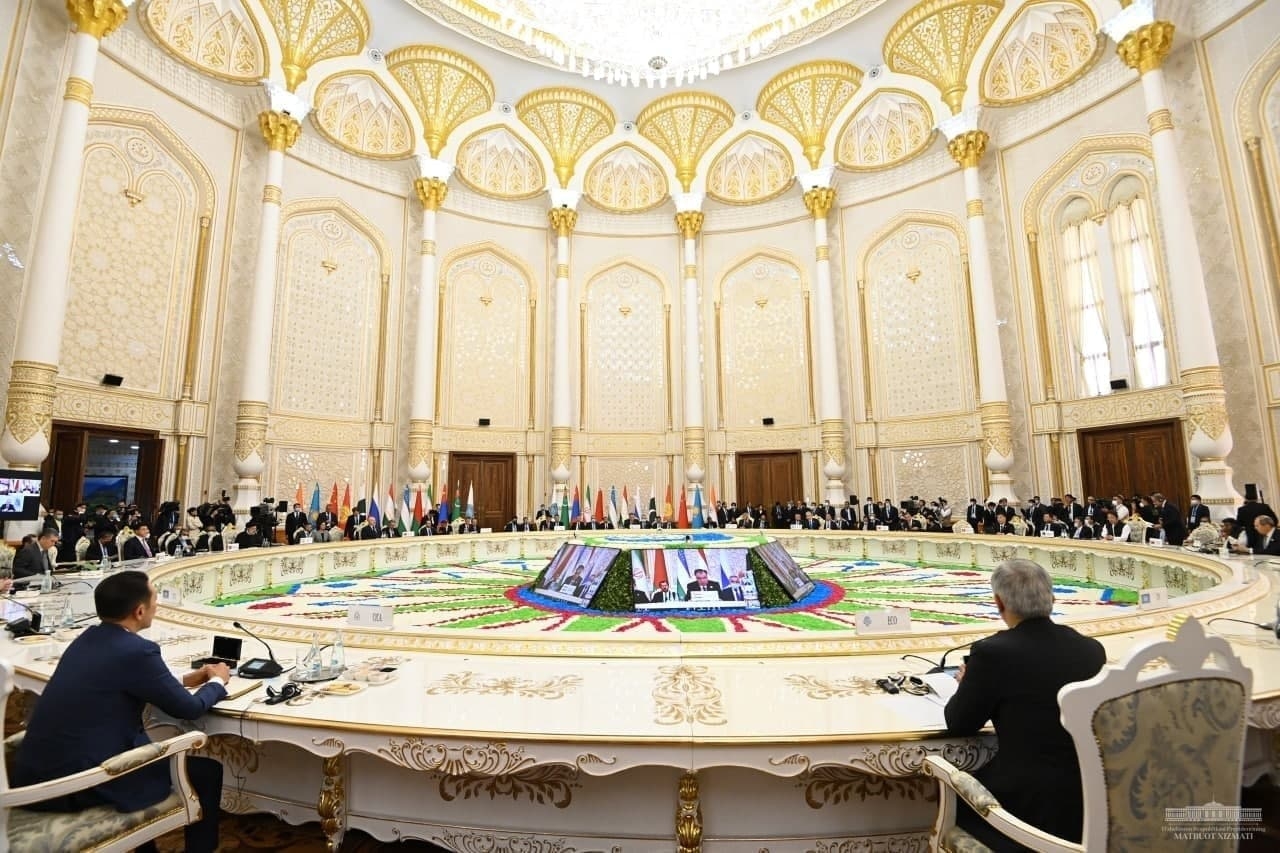 Afghanistan has predictably dominated two days of heads of state summitry in the capital of Tajikistan, but the exchanges produced at most only threadbare ideas on how the evolving situation should be addressed.

Post-Soviet nations are, by and large, in agreement on two points: Afghanistan poses a potential danger, and yet, the time has arrived to begin engaging quietly with the Taliban movement.

The first event on September 16 was a summit of leaders of the Collective Security Treaty Organization, or CSTO, a Moscow-led military bloc comprised of Armenia, Belarus, Kazakhstan, Kyrgyzstan, Russia, and Tajikistan. Russian President Vladimir Putin was the only head of state not to attend the event in person – because, he said, dozens of people in his entourage had been infected with COVID-19.

One day later, it was the turn of the Shanghai Cooperation Organization, or SCO, a similarly defense-focused alliance led by a Beijing-Moscow axis. Membership of the SCO is broader and includes India, Kazakhstan, Kyrgyzstan, Pakistan, Tajikistan, and Uzbekistan. Iran attained full membership status on September 17.

Speaking via video link at the CSTO summit, Putin prescribed more coordination within the security bloc as the antidote to regional instability.

“The situation in the area of responsibility of the CSTO and on the external borders of member nations is not just unstable, it presents acute challenges and poses risks to the security of our countries," Putin said.

Several of his counterparts echoed the sentiment.

Kazakhstan’s President Kassym-Jomart Tokayev talked about his concerns that Afghanistan was creeping toward more civil conflict.

“According to our observations, the situation in Afghanistan is developing in the direction of serious destabilization and the danger of civil war,” he said. “The formation of a new Taliban administration does not, of course, mean that calm has descended on Afghanistan or that the conditions have been created for economic development.”

“He noted that the formation of a theocratic state in our region will undoubtedly have a negative effect on the situation in [CSTO] member countries,” Japarov’s office cited him as saying in a statement.

One firm commitment produced by the day’s talking was that CSTO members should be equipped with “more modern weapons.” Another was that more resources would be poured into bolstering capacity on Tajikistan’s southern border.

“An agreement was reached to speed up work on adoption of the targeted interstate program on strengthening the Tajik-Afghan border, as proposed by Tajikistan within the framework of the CSTO,” the bloc’s Secretary-General, Stanislav Zas, said at the day’s close.

The tone at the SCO summit was generally more conciliatory. Uzbekistan’s President Shavkat Mirziyoyev, for example, pushed the case for more dialogue with the new regime in Kabul.

“A new reality has emerged in [Afghanistan], new people have come to power. This is a fait accompli. That being the case, it is necessary to develop a coordinated approach to the situation in Afghanistan, as well as to develop dialogue with the new authorities,” said Mirziyoyev, whose country belongs to the SCO, but not the CSTO.

Another point that will be welcomed by the Taliban was Mirziyoyev’s remarks in support of unfreezing Afghan assets held in foreign banks.

Tokayev came off the ledge somewhat overnight and echoed his Uzbek partner’s sentiments.

“CSTO and SCO countries should initiate informal dialogue with the new authorities in Afghanistan. These communications will make it possible to assess the real intentions of the Taliban, and to form a shared understanding of threats to regional stability and restore trade and economic ties with this country,” Tokayev said, adding that the dialogue he was proposing was not tantamount to outright official recognition of the Taliban government.

Japarov and Tajikistan’s President Emomali Rahmon stuck faster to their wariness, however.

“I propose bolstering the activities of the SCO Regional Anti-terrorist Structure, to intensify the interaction of law enforcement agencies and special services of SCO members to counter challenges and threats emanating from Afghanistan," Rahmon said.

Japarov was among a group of presidents that alluded to the prospect of migrant outflows from Afghanistan.

“It would be sensible to devise a strategy of interaction between organization members to prevent encroachments on SCO member states and to control migration from Afghanistan," Japarov said.

The day before, CSTO members jointly resolved not to host Afghan refugees. Reuters news agency cited the office of Kazakhstan’s president as saying Tokayev “supported the joint CSTO position that the placement of Afghan refugees or foreign military bases on our countries’ territories is unacceptable.”

Of all the CSTO and SCO members, Tajikistan has been the most openly cool toward the Taliban government. Rahmon has warned that Dushanbe would not accept a Taliban government that did not fully reflect Afghanistan’s ethnic diversity. The Cabinet formed after Rahmon made his remarks – including as it did only two ethnic Tajiks – has clearly dismayed Tajikistan.

The SCO’s end-of-summit declaration echoed those concerns, indicating that Tajikistan was successful in giving the issue prominent place on the agenda.

“Member nations consider it extremely important to create an inclusive government in Afghanistan with the participation of representatives of all ethnic, religious and political groups of Afghan society,” the document read.