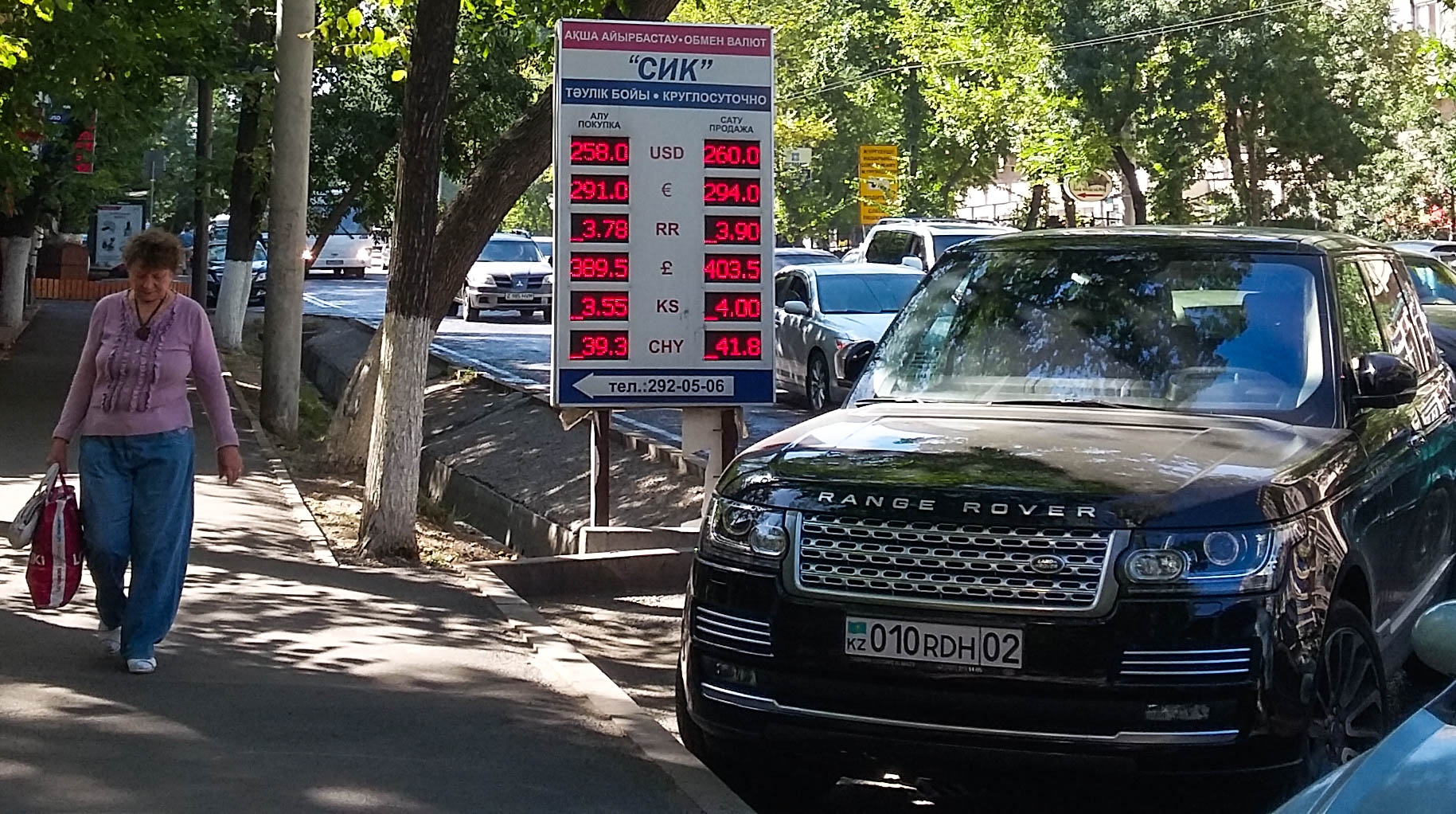 A board showing exchange rates in Almaty, Kazakhstan, on September 10, 2015.

Kazakhstan’s currency hit historic lows on September 9 in another day of decline for the tenge on the stock exchange since the government last month stopped propping it up.

By the evening, the tenge was trading at 261 to the dollar in exchange offices in Almaty, the financial capital.

The currency recovered slightly on September 10, with bureaux de change in Almaty buying dollars at 258 tenge in the morning and at 253 by lunchtime. That was the same as the rate set by the National Bank, which has fallen by 6 percent over the course of a week.

The tenge closed at 255 to the dollar on the Kazakhstan Stock Exchange on September 9, but appreciated to close at 252 at the end of morning trading the following day.

Exchange rates have experienced intense volatility since August 20, when the government announced it was finally abandoning costly efforts to maintain the national currency. President Nursultan Nazarbayev said at the time that authorities had spent $28 billion since the start of 2014 on defending the tenge.

The move to a free float was inevitable, but it has been painful for Kazakhstanis, whose currency has depreciated by 36 percent since the decision was taken.

On September 9, the National Bank announced a scheme to compensate some 2 million individuals holding deposits in tenge in Kazakhstan’s banks, by making up the value it has lost against the dollar. However, only deposits up to 1 million tenge ($5,300 at the old exchange rate) will be eligible. Most savers — 68 percent at the National Bank’s last count — opt to hold their savings in hard currency to guard against depreciation.

In a further measure that has hit Kazakhstanis' pockets, the government lifted price controls on petrol on September 4, since when prices at the pump have risen by around 20 percent.

Belt-tightening is inevitable as the knock-on effects of the devaluation cause a rise in the price of imports.

As Kazakhstanis look on nervously while their household incomes are squeezed, Nazarbayev ruffled feathers earlier this week by remarking that people could easily get by without foie gras, bananas and Land Cruisers.

His remarks caused an outcry on social media, where users employed satire to lambast the president for his insensitivity in times of economic troubles.

Luckily, Nazarbayev saw the funny side of the jokes at his expense, his press secretary said.