Eurasianet is updating this page daily with the latest news on how the pandemic is upending life in Central Asia and the South Caucasus. 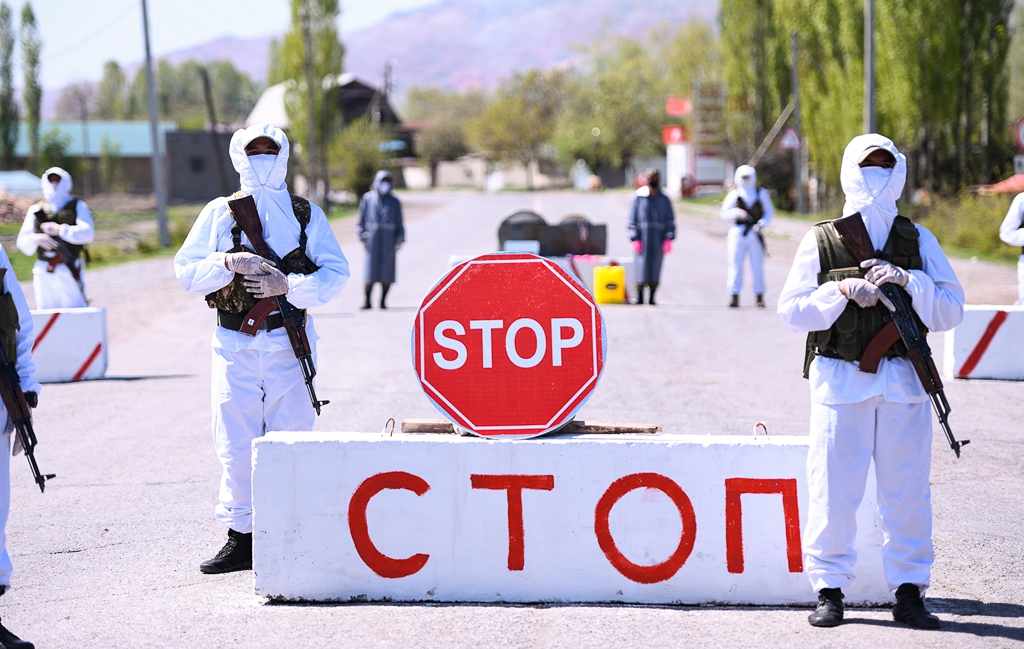 A checkpoint in southern Kyrgyzstan (gov.kg)

Tajikistan provides solace to soccer junkies
The Central Asian dictatorship insists it has no cases of coronavirus. So the beautiful game must go on.