Reports from April 6-12 on how the pandemic has upended life in Central Asia and the South Caucasus. 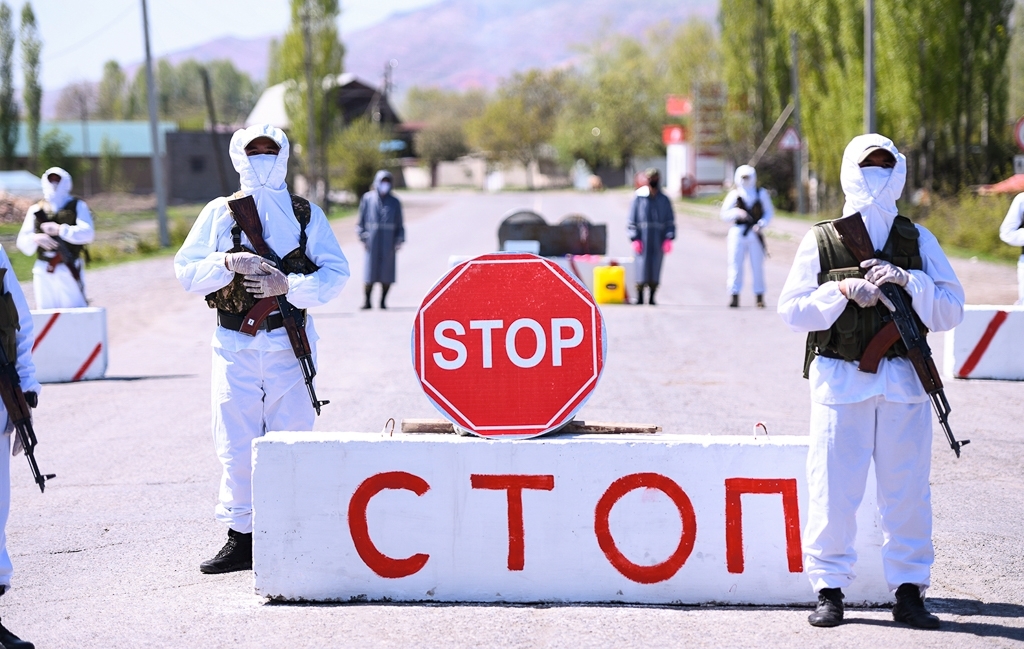 A checkpoint in southern Kyrgyzstan (gov.kg)

Georgians literally laundering their cash during coronavirus
One Georgian bazaar has avoided the government’s order to close by adopting a novel way to clean its money.

Azerbaijanis adjust to strict stay-at-home regime
An SMS system to regulate residents’ trips outside the home seems to be working smoothly, but there are still thousands of violations of the regime every day.

Kyrgyzstan: Government promises help, but warns of limited options
Businesses will be given breaks to survive, but not all will qualify

Turkmenistan: Through the looking glass
While the government seems to concede the inevitability of the incipient downturn, it is still clinging to rosy economic performance figures. This and more in our weekly Turkmenistan briefing.

Tajikistan's nonchalance on coronavirus shows cracks
Critics are exasperated by the government’s passivity, warning that the reforms needed for Tajikistan to weather this moment should have been adopted “the day before yesterday.”