Reports from June 15-21 on how the pandemic has upended life in Central Asia and the South Caucasus. 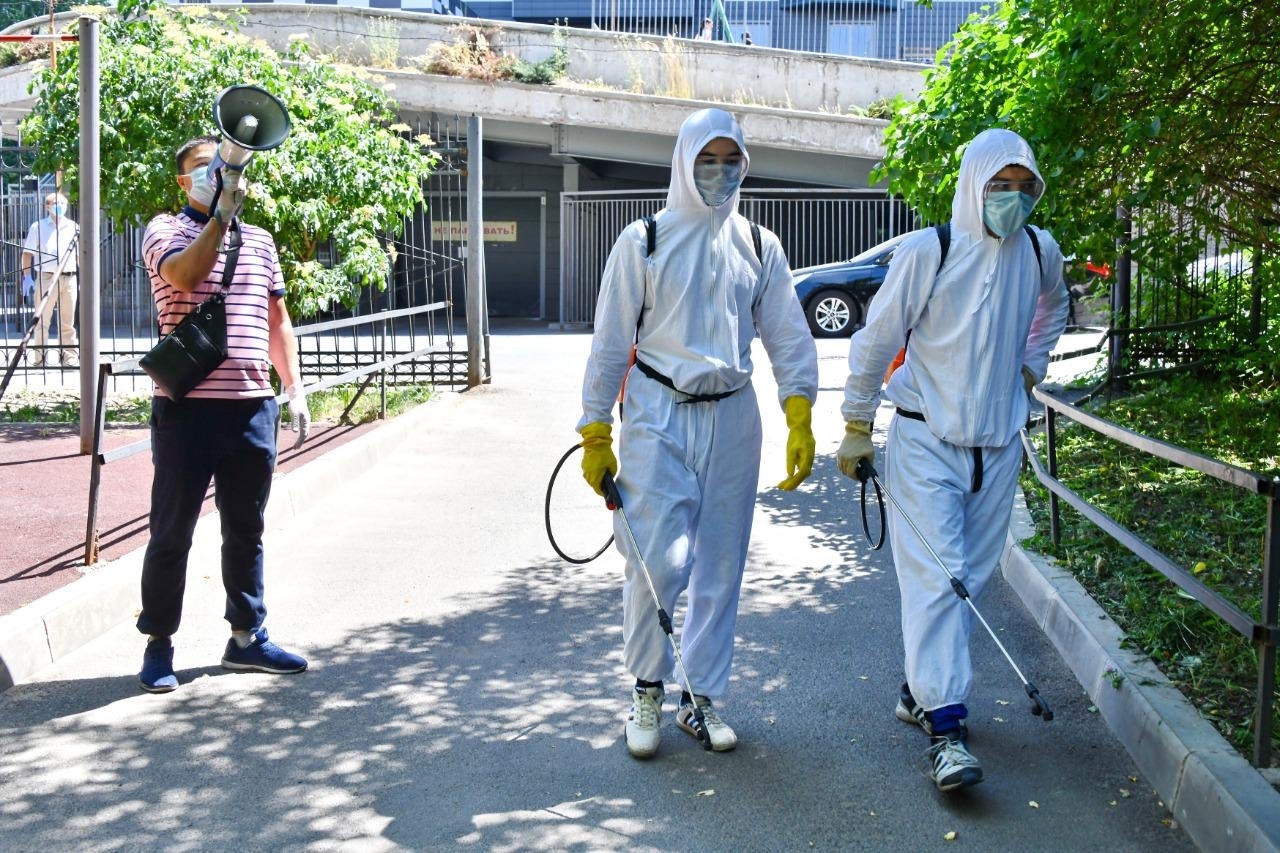 Putin, Aliyev discuss border crisis
The two presidents spoke following the violent breakup of a protest by Azerbaijani labor migrants in Dagestan. Details of a possible diplomatic resolution of the situation have been scant, however.

Kazakhstan grapples uneasily with its second coronavirus wave
The country is experiencing a turnaround after apparent early successes.

Hundreds of Azerbaijanis languish on Russian border
The labor migrants are trying to return home after losing their jobs in the coronavirus pandemic. Tensions are rising, and a protest on the border has been violently broken up by Russian police.

Turkmenistan: Is coronavirus façade slipping?
A “pneumonia” outbreak, more floods and a warm Russian embrace: this and more in our weekly Turkmenistan bulletin.

Kyrgyzstan: COVID-19 brings pain, but no gain, to fitness industry
New precautions make exercising an unappealing undertaking – for those who can still afford it.

Azerbaijan will implement a strict quarantine across major cities from June 21 until at least until July 5, OC Media reported on June 19. Residents will need to ask permission before leaving their homes, but unlike the earlier quarantine in April, people over the age of 65 may also request to leave. Most commercial services will be closed, while parks will remain open and the metro will continue to operate.

Kazakhstan’s former president Nursultan Nazarbayev has been diagnosed with COVID-19 and has now been placed in isolation, his press secretary revealed on June 18. The 79-year-old resigned last year but still wields considerable powers. He is one of several senior officials to contract the disease in recent days. Health Minister Yelzhan Birtanov was hospitalized with COVID-19 on June 14. Three days later, the chairman of the lower house of parliament, Nurlan Nigmatulin, said he had tested positive after traveling with Birtanov.

Soldiers from Uzbekistan, as well as 11 other countries, have arrived in Russia to prepare to take part in the Victory Day parade on June 24 marking 75 years since the end of World War II. President Vladimir Putin initially had postponed the celebration, held annually on May 9, due to the pandemic. Delegations from Azerbaijan, Armenia, China, Belarus, Mongolia, Moldova, Kyrgyzstan, Kazakhstan, Turkmenistan, Serbia and Tajikistan are scheduled to attend, contributing to a total of 64,000 troops in the parade, Prodrobno reported on June 17.

Azerbaijanis rebel against strict weekend lockdown
Strict stay-at-home orders did not go over well with many Azerbaijanis, leading to clashes with police officers.