Reports from June 22-28 on how the pandemic has upended life in Central Asia and the South Caucasus. 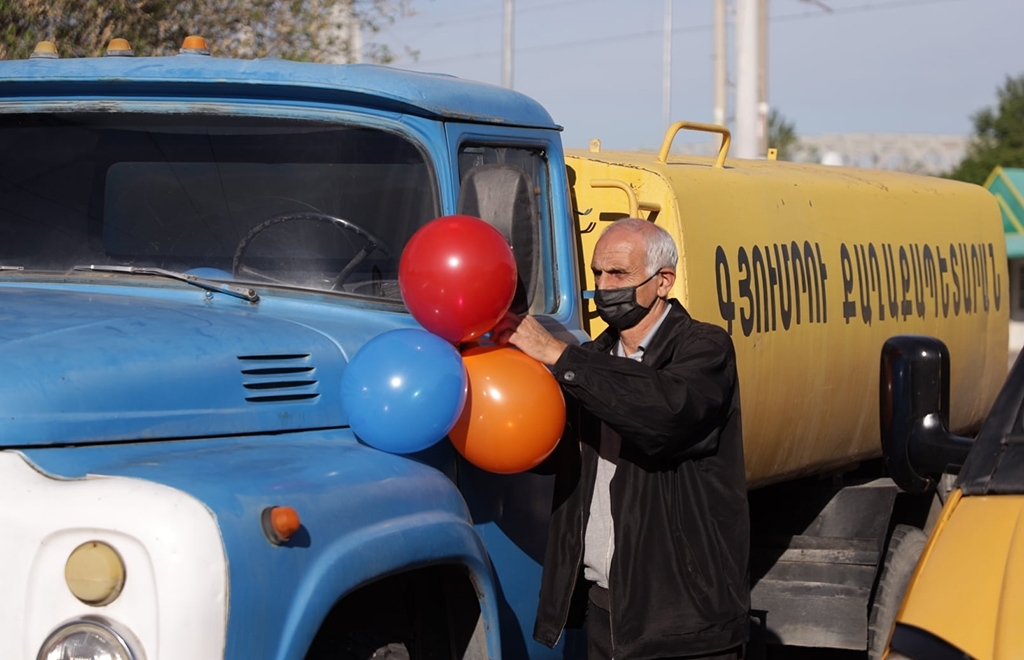 Moscow’s delayed Victory Day in photos
Most foreign leaders stayed away, but Putin’s Central Asian crew is a dependable lot.

Pashinyan, Aliyev bow out of Moscow parade
The leaders of Armenia and Azerbaijan cited the coronavirus for missing the big event, but the real reasons appear to be crises at home.

Putin, Aliyev discuss border crisis
The two presidents spoke following the violent breakup of a protest by Azerbaijani labor migrants in Dagestan. Details of a possible diplomatic resolution of the situation have been scant, however.

Kazakhstan grapples uneasily with its second coronavirus wave
The country is experiencing a turnaround after apparent early successes.

Azerbaijan has implemented a strict, stay-at-home quarantine across major cities from June 21 until at least until July 5. As under a previous regime used in April and May, residents must now send a text message to the authorities any time they want to leave home, and can do so only under a limited set of circumstances, including visiting the doctor or shopping for food. But unlike the earlier quarantine in April, people over the age of 65 may also request permission to go outside. Most commercial services are closed. The state road police say that residents of Baku, Sumgait and the Absheron Peninsula are not allowed to pass quarantine posts to travel to rural areas.

Amid a surge in new infections, several cities are instituting weekend lockdowns June 27-28. Residents of the capital will again not be allowed to leave their homes with few exceptions, TengriNews reported on June 26. In Almaty, most non-essential businesses and public transportation will be closed. Five other cities in northern Kazakhstan including Kostanay will impose two-day lockdowns during the upcoming weekend, Reuters reported.

Our recent headlines
Hundreds of Azerbaijanis languish on Russian border
The labor migrants are trying to return home after losing their jobs in the coronavirus pandemic. Tensions are rising, and a protest on the border has been violently broken up by Russian police.

Turkmenistan: Is coronavirus façade slipping?
A “pneumonia” outbreak, more floods and a warm Russian embrace: this and more in our weekly Turkmenistan bulletin.

Kyrgyzstan: COVID-19 brings pain, but no gain, to fitness industry
New precautions make exercising an unappealing undertaking – for those who can still afford it.