Despite overtaking Tajikistan in the scale of its external debt, Kyrgyzstan seems to be managing better. 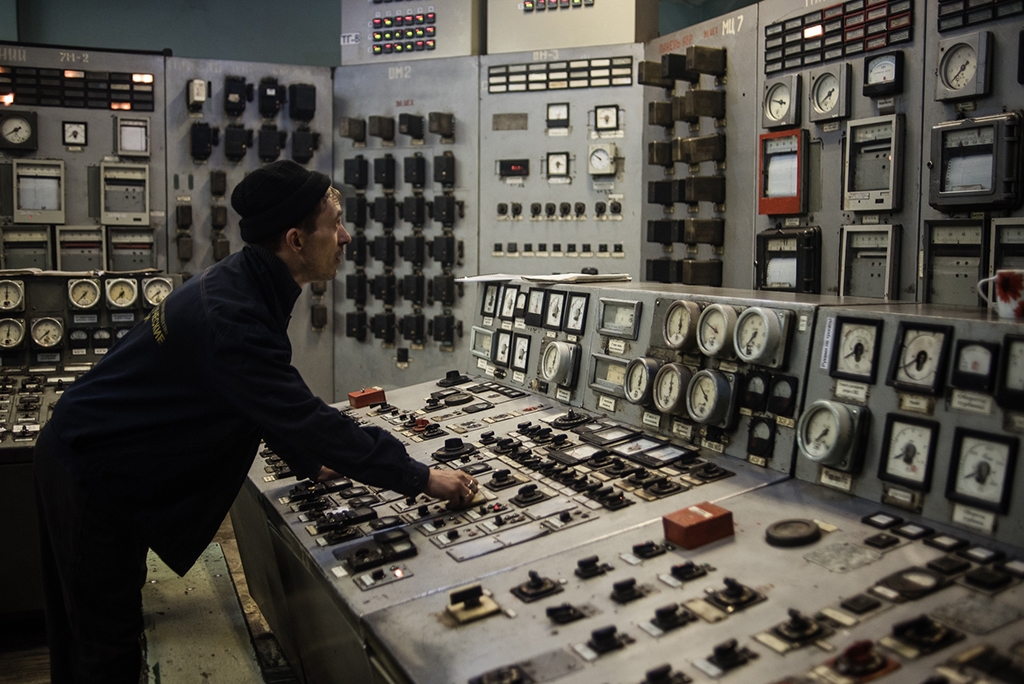 A technician in a control room at the Bishkek Thermal Power Station, which was refitted with Chinese money. (Photo by Danil Usmanov)

As China bankrolls infrastructure in Central Asia through its flagship Belt and Road Initiative (BRI), much has been made of the potential debt trap facing some of the participant countries. An eye-popping early-2018 report put Kyrgyzstan among eight nations (including Tajikistan) vulnerable to BRI-related debt distress. Has anything changed?

In neighboring Tajikistan, it appears that the situation is worsening, with Dushanbe looking set to take on more and more debt. Getting an accurate picture of the state of indebtedness there, however, is hampered by a lack of data and the reliance on government figures.

The data show an improving economic profile for Kyrgyzstan. Government borrowing from abroad (“public external debt”) is falling. After peaking over $4 billion at the end of 2017, it stood at $3.8 billion in March 2019. Data from the National Bank of the Kyrgyz Republic (NBKR), as the central bank is known, also show that the ratio of this borrowing to GDP is falling: After reaching a peak of 64.5 percent of GDP in 2015, the central bank forecasts this figure to fall to 47 percent at the end of 2019.

True, Kyrgyzstan has even more total external debt than Tajikistan: The latest NBKR data show that external debt (debt owed by the government, private corporations and individuals to foreign creditors) totaled $8.3 billion at the end of March 2019. This figure can be hard to wrap one’s head around, but gross external debt is used by credit agencies to assess a country’s profile – and that affects how much the country pays in interest on its loans.

But there is good news. NBKR data show that after reaching a peak of 119.5 percent of GDP in 2015, external debt has fallen over the past few years – although the central bank forecasts this figure will rise slightly in 2019.

Moreover, most of this debt is long-term, meaning it need not be repaid immediately: Of Kyrgyzstan’s total external debt, only about $470 million is short-term (with a timeframe for repayment usually around a year). Indeed, the worst has also passed when it comes to upcoming debt repayments. NBKR data show that it made repayments worth a little over $900 million in 2018 (and a bit under $200 million in the first quarter of 2019); data from the World Bank show lower repayments are required in the future.

None of this is to say Kyrgyzstan’s debt will be only smooth sailing.

For starters, China’s Export-Import Bank is Bishkek’s single largest creditor; more than 45 percent of government debt is owed to the bank. Not only is this risky on its own, there is a growing body of research showing that external borrowing, especially from Chinese development banks, is linked to corruption and irregularities awarding contracts for big infrastructure projects. Examples include the north-south highway project and the redevelopment of Bishkek’s thermal power plant, which ultimately led to the jailing of Prime Minister Sapar Isakov.