The suspicious death of an Uzbek housecleaner has highlighted the abuse many Central Asian women suffer in Turkey. 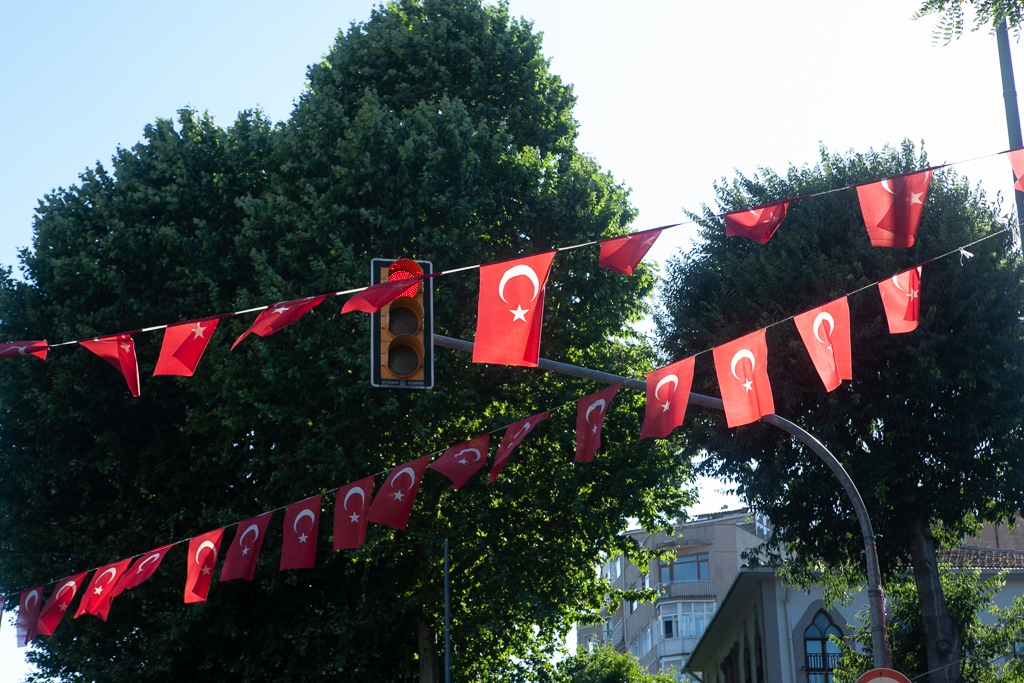 Tens of thousands of female migrants travel to Turkey to work as housecleaners and caregivers. (David Trilling)

Nadira Kadirova was found dead at her workplace in Ankara last month.

Her death may have gone unnoted, except for the fact the 23-year-old Uzbek national worked as a housecleaner for a parliamentarian, Şirin Ünal of Turkey’s ruling AK party.

Police cast the death a suicide, declaring that Kadirova had used the MP’s rifle to kill herself, and swiftly sent her body home to Uzbekistan.

For many, though, too many questions remain unanswered. And the questions are compounded by the open secret that Central Asian women working in Turkey routinely suffer physical, sexual and other kinds of abuse at the hands of their employers.

“This affair made it into the news because it was related to an MP, but there are many more cases that go unreported. Domestic workers frequently go missing,” explained Gülhan Benli, the chairwoman of Evid-Sen, a union of domestic workers based in Istanbul.

Kadirova was one of the tens of thousands of female migrants who travel to Turkey to work as domestics and caregivers. They care for children, for the elderly, clean homes and cook. While they hail from countries as diverse as Bulgaria, Armenia, Moldova and the Philippines, most of these women come from Central Asia, in particular Uzbekistan and Turkmenistan – two countries where a language similar to Turkish is spoken.

“They are in our houses, so close to us and do the work Turkish women don't deign to do. Despite that, they are completely forgotten,” said Meltem Sancak, an ethnologist at the University of Zurich who studies Central Asian migrants in Turkey. Not unlike Filipina maids in the Gulf, the Central Asian nanny is something of an emblematic figure in Turkey’s well-to-do households.

In 2012, Aila, then a 26-year-old hairdresser, left her hometown of Jizzakh in Uzbekistan to pursue professional training as a beautician in Turkey. But upon arrival at Istanbul airport, an acquaintance that was supposed to greet her didn’t turn up. Instead, Aila, was welcomed by a Turkish man who told her he had gotten her number from the absent acquaintance.

He picked her up and before she knew it, she was sent to work for a family. She understood the man worked for an recruiting agency providing migrant workers to Turkish households.

“I had just arrived and had nowhere to go. The Turkish man told me I would ‘help out’ a family. But as soon as I got into the house, I had to care for the children, cook, clean and do everything else. I hardly knew such work existed! I was in a state of shock. I didn’t even know where I was and the family wouldn’t let me use their phone to call my relatives,” explained Aila, whose name has been changed at her request.

A week later, she was laid off with no explanation and sent back to the agency. The company kept the little money she had earned during the week.

Aila stayed with other migrant workers in an apartment rented by the company until the boss’s insults and shouting compelled her to flee.

Since the majority are undocumented, it is difficult to assess the exact number of Central Asian workers in Turkey. Still, according to data from the Interior Ministry, Uzbeks and Turkmens are among the top-10 nationalities entering Turkey and applying for residence permits. An easing of visa restrictions for Central Asian citizens as well as a stagnant economy and rising xenophobia in Russia – where most Central Asian migrants go – have also spurred migration to Turkey.

Like Aila, many enter Turkey as tourists and stay illegally. Without legal recognition, they are at the mercy of their employers and recruiting agencies. It is not uncommon for migrant domestics to have their passports confiscated and toil for little or no pay.

Only a few days before Kadirova’s death, a Turkmen housekeeper died in mysterious circumstances at a luxury residence on the outskirts of Istanbul. That same month, police freed a Kyrgyz woman from a forced-prostitution ring in Antalya. A few years ago, the murder by two Uzbek servants of their employers after having their wages withheld scandalized the country.

“Turkish law does not recognise domestic work, so it leaves domestic aides – Turkish and foreign alike – in an extremely vulnerable position. It’s even worse for migrant workers who are illegal 90 percent of the time. Their employers can do whatever they want because they know that if the worker reports their abuse or mistreatment, she may be deported,” maintained Benli, who founded the union in 2011.

“Since we set up the union, we have dealt with countless numbers of these situations,” she added.

For seven years, Aila performed domestic work in different households across Istanbul, enduring sexual harassment, abuse, and endless hours of labour. “They treat you like a slave. It was like being in prison.”

Four months ago, she suffered a nervous breakdown and quit. Now 33 and legally registered in Turkey, Aila works part-time at a pizza restaurant and has finally begun a professional training course as a beautician.

Yet if Aila managed to make a better life for herself, a different fate befell her younger sister.

Three years ago, Guldasta, whose name has also been changed, made her way to Turkey. Despite her sister’s warnings, she contacted a recruiting agency to find work as a domestic. For several months, Guldasta cared for a rich Turkish family. Then the husband sent her naked pictures.

Guldasta promptly quit without receiving her salary and found another job as a maid for a policeman. A day later, she found herself locked up in the policeman’s house along with another domestic from Turkmenistan. It was only after her older sister threatened to get more police involved that Guldasta was released.

Determined to stay in Turkey, Guldasta took up yet another job as a housemaid in a central Istanbul district. After a month and half of verbal abuse, she decided to leave. As she was walking out the door, her employer tried to hit her. He also declined to pay her wages.

With the help of Benli’s union, the two sisters filed a complaint. Months later, there had still been no court ruling. Guldasta returned to Uzbekistan.

Under president Islam Karimov, relations between Turkey and Uzbekistan were fraught. But Karimov’s death in 2016 and the subsequent opening up spearheaded by Shavkat Mirziyoyev have improved bilateral ties.

“The relationship between our two countries has never been so good,” said Hayrullo, a shuttle trader living in Kumkapı, a neighbourhood of Istanbul that hosts a large Uzbek population. “I hope this insignificant affair won’t spoil them,” he added, referring to Kadirova’s death.