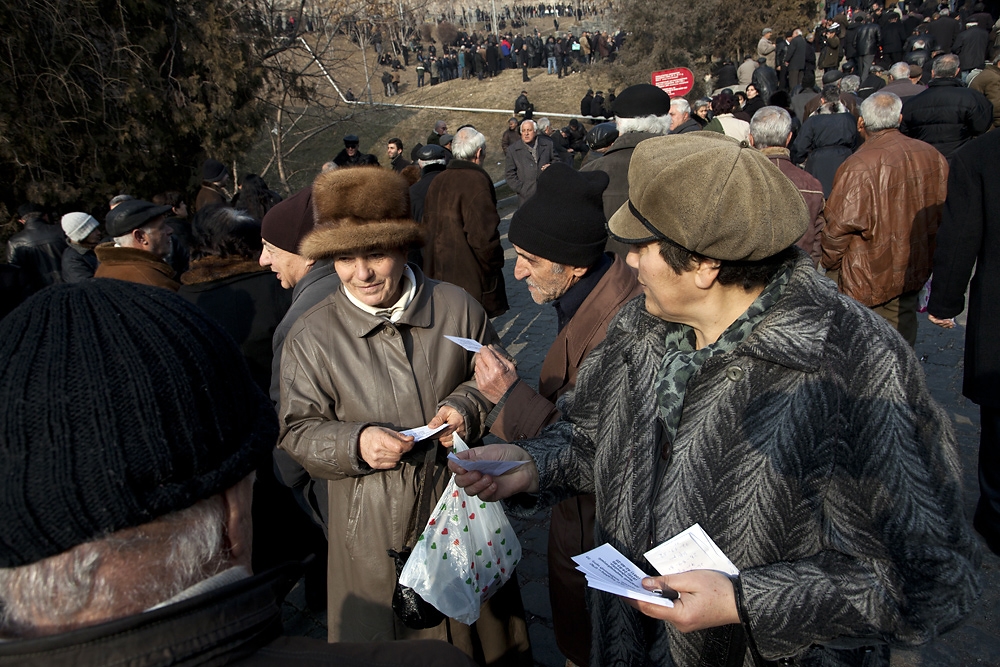 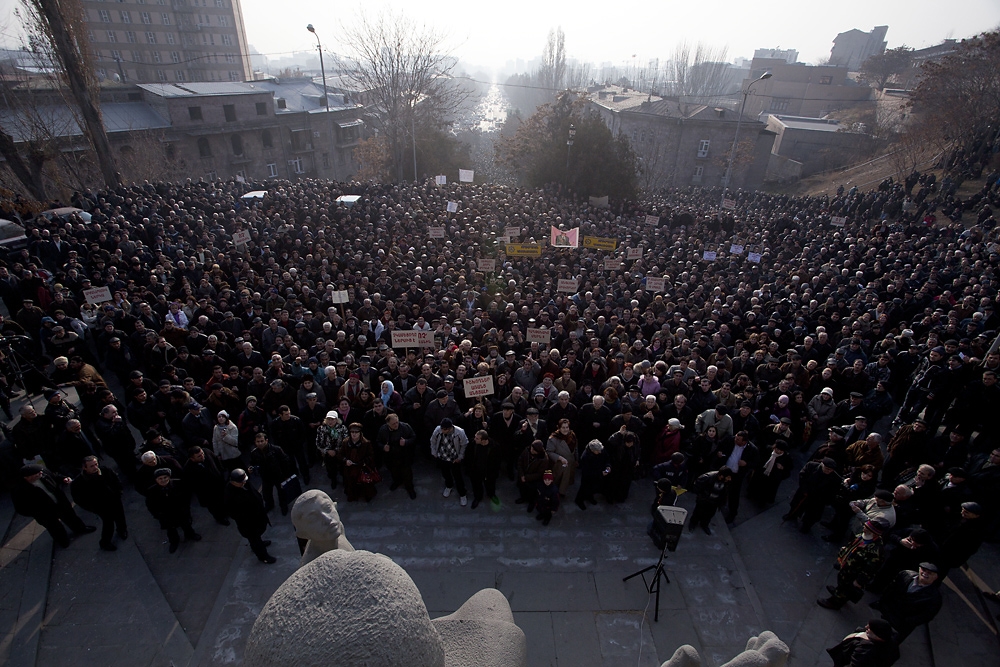 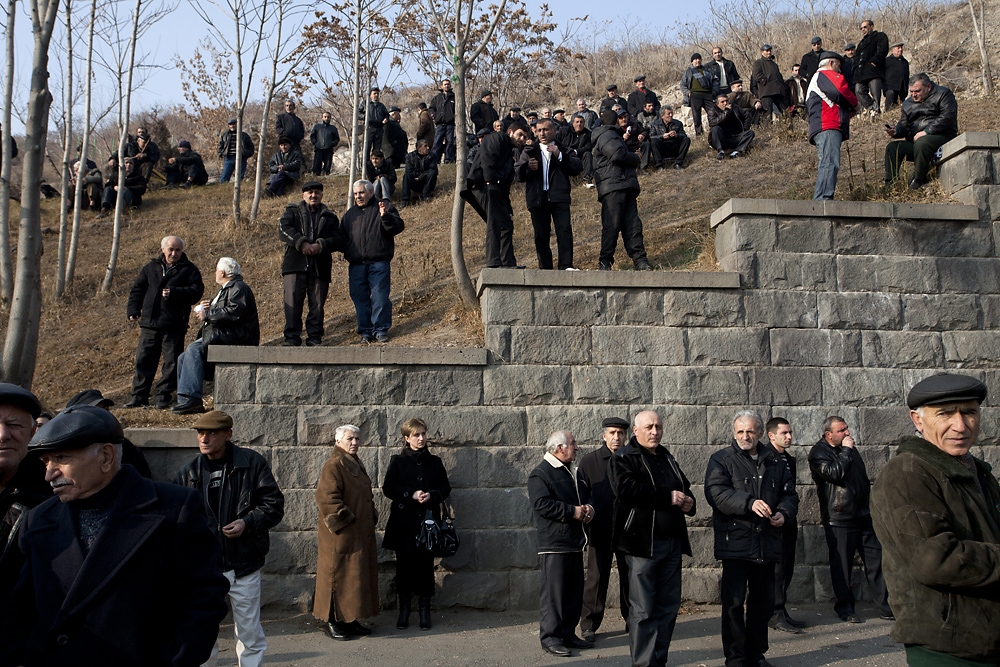 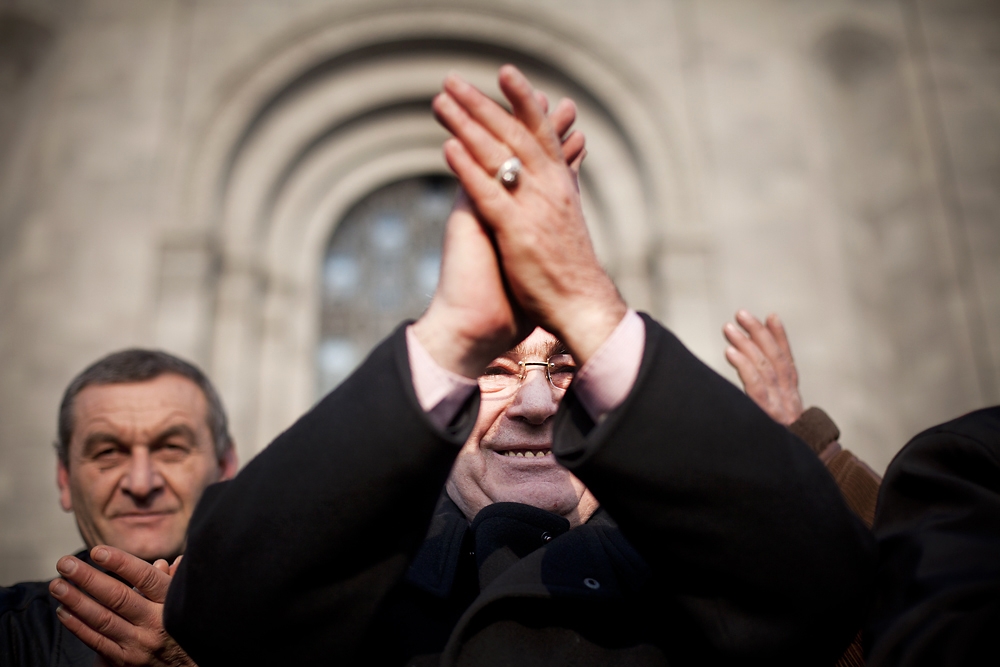 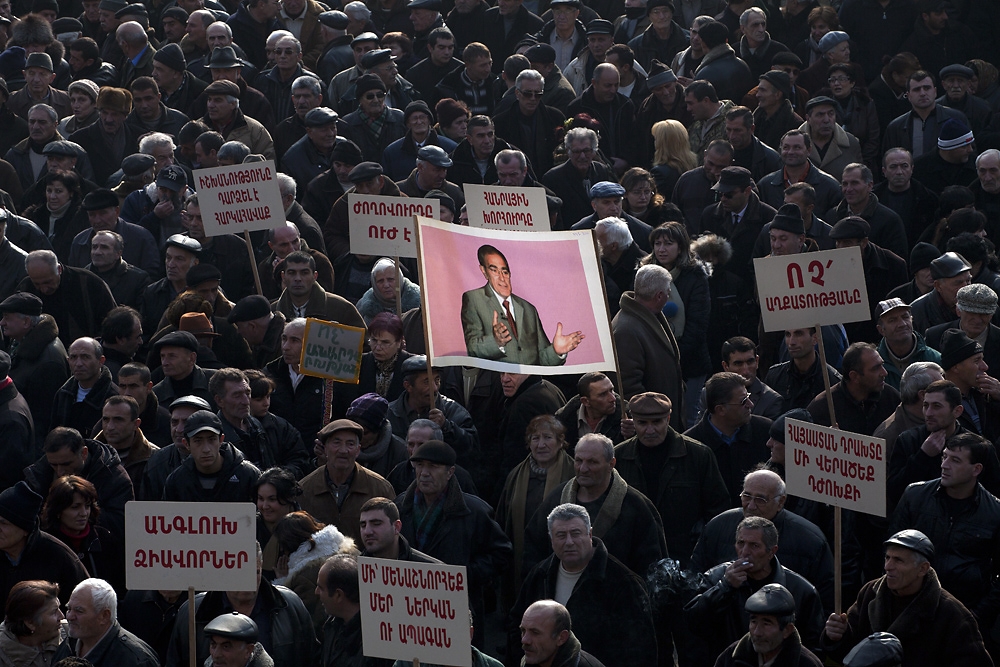 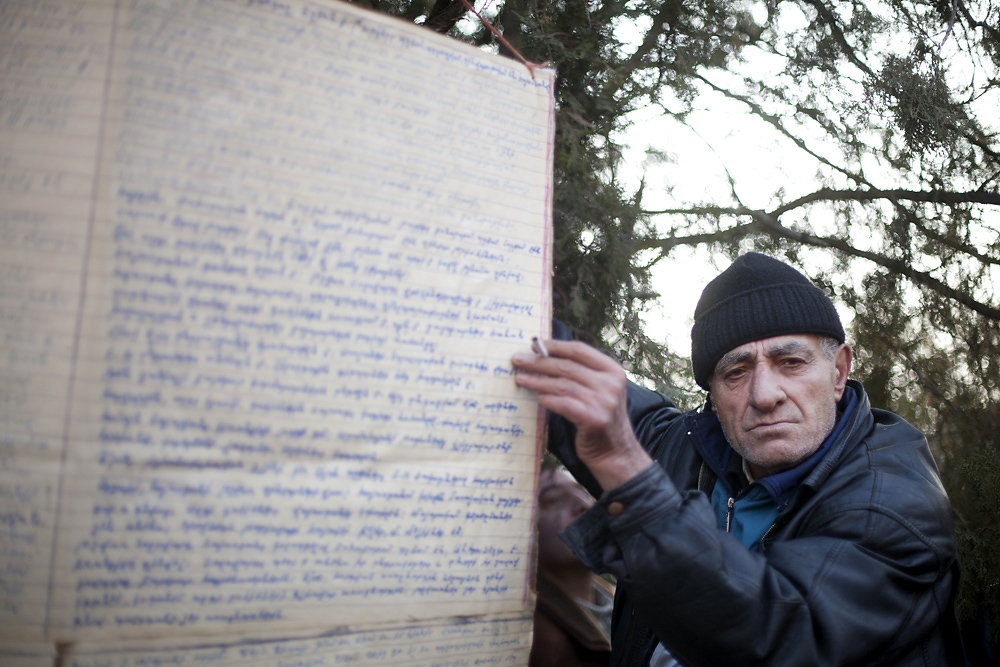 Several thousand supporters of Armenian television channel ALM gather on the steps of the Matenadaran Manuscript Museum in the capital Yerevan on Jan. 19, to protest against the threatened closure of the television station. The potential shut down was the result of a controversial December decision by the country's National Commission on Television and Radio (HRAH), which handed a new broadcasting license to Yerevan TV, a small pro-government broadcaster, rather than the popular and independent ALM.

Tigran Karapetich, populist owner of the broadcaster and leader of a small opposition political party, addressed the crowd of mostly older Armenians, speaking mainly about social issues and government corruption.