Both sides have suggested they are ready to sit at the table. But they both have set preconditions unacceptable to the other. 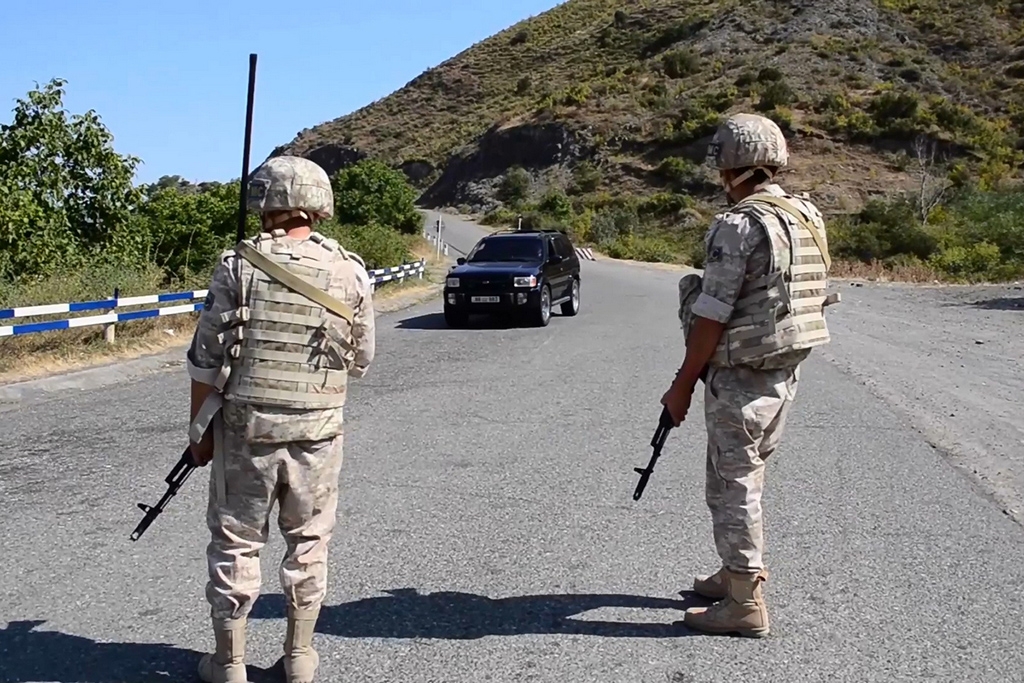 For months, Azerbaijani officials have been talking up the need to reach a comprehensive peace deal with Armenia to finally resolve their decades-long conflict. “If we do not have a peace agreement with Armenia, it means that there is no peace,” President Ilham Aliyev said in June. In recent weeks Armenia has begun to make similar proposals; Prime Minister Nikol Pashinyan has said repeatedly that “the negotiating process should be resumed in full.”

But the prospect of the two leaders sitting at the negotiating table nevertheless remains a distant one.

As much as last year’s war dramatically shifted the dynamics of the conflict, the fundamental disagreement that has divided the two sides since the 1980s remains the same: the status of the Armenian-populated region of Nagorno-Karabakh.

While the Armenian side has effectively given up its claim on the seven Azerbaijani territories it formerly occupied surrounding the Soviet-era Nagorno-Karabakh Autonomous Oblast, it continues to demand Armenian control over Nagorno-Karabakh itself, including the parts over which Azerbaijan regained control last year, such as Shusha and Hadrut. Azerbaijan, meanwhile, has said it will no longer entertain even any sort of autonomous status for Karabakh’s Armenians inside Azerbaijan, let alone any Armenian sovereignty over Karabakh.

Both sides have presented their positions on the future as red lines which they will not cross, making the prospect of real negotiations a faint one.

“That’s the challenge for any mediator here, you have what appear to be completely mutually exclusive positions and completely contrary narratives,” a senior diplomat familiar with the negotiations told Eurasianet on condition of anonymity. “And we need to find some way through that. That’s the reality right now.”

Last year’s 44-day war ended with a Russia-brokered ceasefire statement that stipulated the return of many territories to Azerbaijan, the unblocking of transportation routes between the two sides, and a Russian peacekeeping force to monitor the new order. To finally resolve the conflict, however, will require a comprehensive peace deal.

Before last year’s war, the negotiations aimed at reaching such a deal were mediated by the OSCE’s Minsk Group, led by France, Russia, and the United States. But that body has been sidelined as a result of the war, and Russia has assumed the dominant role in mediating.

Russian President Vladimir Putin co-signed last year’s ceasefire, and a tripartite commission consisting of the deputy prime ministers of Armenia, Azerbaijan, and Russia are working out the practical implementation of the agreement, in particular the reopening of transportation links around the region. (That commission had suspended its work in the spring amid rising tensions, but on August 17 resumed operations with a meeting in Moscow.)

The Minsk Group co-chairs have continued to offer their services for more substantial negotiations, and Armenian officials’ recent statements have emphasized the role they hope the group plays in potential talks. “If negotiations begin some time, a part of them will have to be on the status of Nagorno-Karabakh, on the basis of the already determined principles of the OSCE Minsk Group,” said Ararat Mirzoyan, Armenia’s newly appointed foreign minister, during an August 31 visit to Moscow.

This is a shift for Armenia and for the Pashinyan government in particular; previously the Minsk Group’s operating framework – known generally as the Madrid Principles – was politically toxic in Armenia. But that was before the most unacceptable element of the principles, the return to Azerbaijan of the occupied territories surrounding Karabakh, was rendered moot by Azerbaijan’s military victory last year.

Azerbaijan, meanwhile, has in the post-war period been heaping scorn on the Minsk Group, complaining that international mediators failed to solve the conflict for nearly three decades and deeming the body irrelevant. But Baku has not been as explicit about who it sees as a potential replacement mediator, if any.

“For now, I think Russia” is Baku’s preferred broker, said Fariz Ismailzade, the vice rector of Baku’s ADA University. The sticking point is France, which has increasingly taken pro-Armenian positions in the conflict, Ismailzade said. “But if France softens up and focuses on the issue of integrating Armenians into Azerbaijan rather than the status issue, then the Minsk Group can come back again,” he told Eurasianet.

While Azerbaijan’s position is that the question of the status of Karabakh’s Armenians is already resolved – they are citizens of Azerbaijan just like any other and all that remains is to integrate them – that is belied by the situation the ground, where a 2,000-strong Russian peacekeeping force is deployed in the territory that is still de facto administered by the self-proclaimed Nagorno-Karabakh Republic.

“The reality on the ground is that Azerbaijan does not have control of that territory right now,” the diplomat said.

According to the ceasefire agreement, the Russian peacekeepers are to remain in Karabakh until 2025, with a possible extension that either side could veto. Azerbaijan would have an obvious interest in blocking the extension, as it would then have a relatively free hand to assert its full control over the region.

But the diplomat said it was unlikely the Russians would leave without being confident that the Karabakh Armenians’ security and identity were ensured.

“What happens at the end of the five-year mandate is a very open question,” the diplomat said. “If, between now and then, there can be a resolution of their situation so that there is no longer a need for protection, that would be the optimal outcome. But that requires a huge increase in the trust level.”

While the two sides still maintain incompatible positions on the question of Karabakh’s status, there can still be some room for would-be mediators to bring the sides together, in particular helping them delineate and demarcate their border. But here, too, the negotiations run up against another disagreement that parallels one of the fundamental disputes from before the war: whether to resolve issues in phases or all at once in a package deal.

“Some of the very delicate discussions going on now are, is it possible to engage in a way that addresses the issues like the border, that everyone agrees need to be addressed, and puts off the more difficult discussions until later,” the diplomat said. “Is there a way to do that that doesn’t take it off the table entirely? At what point does that issue get addressed?”

For now, despite the stated readiness to talk to each other, both sides are more talking past each other and making their respective cases to external audiences, the diplomat said.

“Both sides fundamentally want to have a peaceful path to the future for their people, and they realize they can’t get that without resolving the issues they now face,” the diplomat said. “But we’ve got to get through this very difficult impasse first.”