Despite stimulus efforts, many Armenian workers fall through the cracks

In several cases, the employers themselves have been the ones thwarting their workers from getting stimulus money. 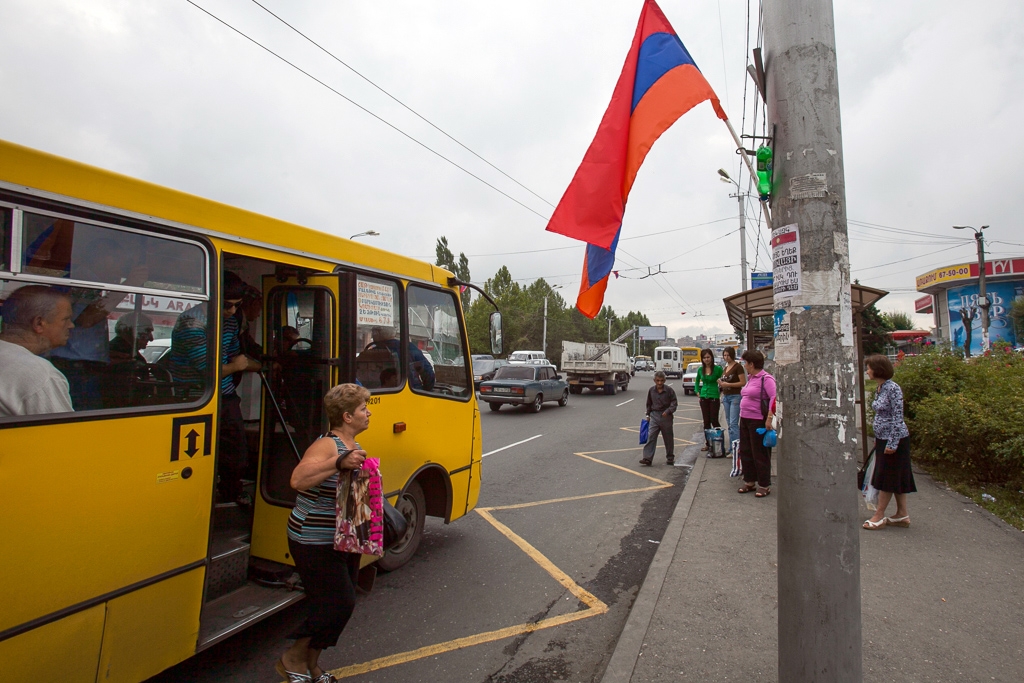 Armenia has implemented no fewer than 18 stimulus plans aimed at helping people who have suffered economically because of the coronavirus outbreak and the resulting lockdown. (photo: David Trilling)

When waiters at Labeerint, a bar in Yerevan, were forced to stop working in March as a result of the coronavirus shutdown, they were grateful to hear that they would be eligible for government aid as part of a wide-ranging stimulus package aimed at easing the economic shock of the pandemic.

As promised, the government transferred a one-time payment of $138 onto their debit cards. But the bar owner had control of their cards, and they say they yet to receive most of the cash they’re owed.

“He just says he also needs money,” one waiter told Eurasianet on condition of anonymity. “We haven’t been paid since March even though we’re under a state of emergency and it’s not our fault that we are not working.”

Armenia has implemented no fewer than 18 stimulus plans aimed at helping people who have suffered economically because of the coronavirus outbreak and the resulting lockdown. The total size of the bailout package is in flux, but as of May 16 Prime Minister Nikol Pashinyan said the government had paid out 84.4 billion drams (about $175 million) to 1.1 million individuals and 48,000 entities.

But a large informal economy and weak protection of workers’ rights has meant that many who need the assistance are falling through the cracks.

“They are introducing restrictions because of the pandemic but they are not providing solutions to people’s problems that arise from these restrictions,” a prominent human rights activist, Artur Sakunts, told Eurasianet. “They’re not thinking about people.”

Often workers’ difficulties have been exacerbated by their employers’ own actions.

One major supermarket chain has warned employees to not apply for economic aid.

The chain, Yerevan City, is owned by Samvel Aleksanyan, a former member of parliament from the ruling party of the old regime, the Republican Party of Armenia, who has since become a Pashinyan supporter. Aleksanyan’s wife sent a message to employees imploring them to not accept government aid, threatening to withhold their pay if they do, said Bela Shikaryan, a human rights activist in Yerevan who has been working with the employees.

“The workers who contacted us said that they didn’t get paid for the time they weren’t able to work because of the state of emergency, and the owners said that anyone applying for government aid would be fired,” Shikaryan told Eurasianet. “They tell employees, ‘these are the terms, if you don’t want to work you can leave.’” She added that she didn’t understand why the company wouldn’t want its employees to get the government aid.

Company officials have denied the allegations, claiming that the employees are “slandering” the firm.

But the problems at Yerevan City are far from unique.

As the government rolled out the variety of stimulus plans, predictable confusion over who is eligible and how to apply arose. Some people didn’t have the computers they needed to apply, or didn’t understand the rules of the aid programs.

Several organizations have stepped in to try to fill the gap.

The opposition Bright Armenia party began helping people navigate the system after getting calls from supporters that they were having trouble. “The government is overwhelmed, so Bright Armenia is ready to provide advice and assistance on how to apply for social assistance programs and how to compile the necessary documents,” the party said in a statement.

The Vanadzor chapter of human rights organization Helsinki Citizens Assembly also has been fielding calls from workers complaining that their employers are taking advantage of them, or that they don’t understand how to apply for aid.

The group also has tried to intervene in the case of one of the city’s largest employers, the 2,500-worker textile firm Gloria. The factory continued to operate despite government orders to shut down due to the danger that its continued operation could spread the coronavirus.

Workers didn’t believe that they were eligible for aid and weren’t applying. “We contacted the government and asked them to include those workers in the stimulus,” said Sofya Petrosyan, a lawyer with the Helsinki Assembly, in an interview with Eurasianet.

Other workers have simply fallen through the cracks.

Marine Sargsyan, a self-employed hairdresser in Yerevan, was her family’s sole provider when the coronavirus outbreak hit. Her family has burned through all the money it had been saving for a new apartment because she hasn’t been able to work. “We don’t fit into any category that gets stimulus money – no minor children, no registered jobs. We’re on our own,” she told Eurasianet.

Government officials have acknowledged that they can do little to deal with employers who are making it difficult for their employees.

The government body that comes closest, the Health and Labor Inspectorate, “doesn’t have the authority to protect workers’ rights, and I’m not sure if they have the resources to handle mass cases,” said the Minister of Labor and Social Affairs, Zaruhi Batoyan, in parliamentary testimony last month. But new changes in legislation, which went into effect on May 8 and are retroactive to March, now allow the inspectorate broader authority over enforcing labor legislation during states of emergency.

After employees at Labeerint contacted Eurasianet, this reporter referred them to Helsinki Citizens Assembly – Vanadzor. The group provided a lawyer for the waiters and complained to the police, but in the end the police decided not to pursue a criminal case, deeming it an administrative issue. The lawyer, Samson Galstyan, said the police didn’t conduct a proper investigation and that he is appealing the decision.

For his part, the owner of Labeerint, Hrachya Atomyan, told local media that he has not taken his employees’ stimulus money and that he had taken their bank cards as deposit against cash he was paying them up front. Galstyan, though, said that the employees never agreed to this scheme.

But the employees fear going public: “No other place will hire us,” the waiter said. “People always blame the victim. Whatever happens in this industry, employees are not supposed to tell on the owner.”