Did Medvedev laugh at Pashinyan’s Russian?

The Armenian prime minister blamed “remnants of the corrupt system” for trying to use the exchange with his Russian counterpart to mock him on social media. 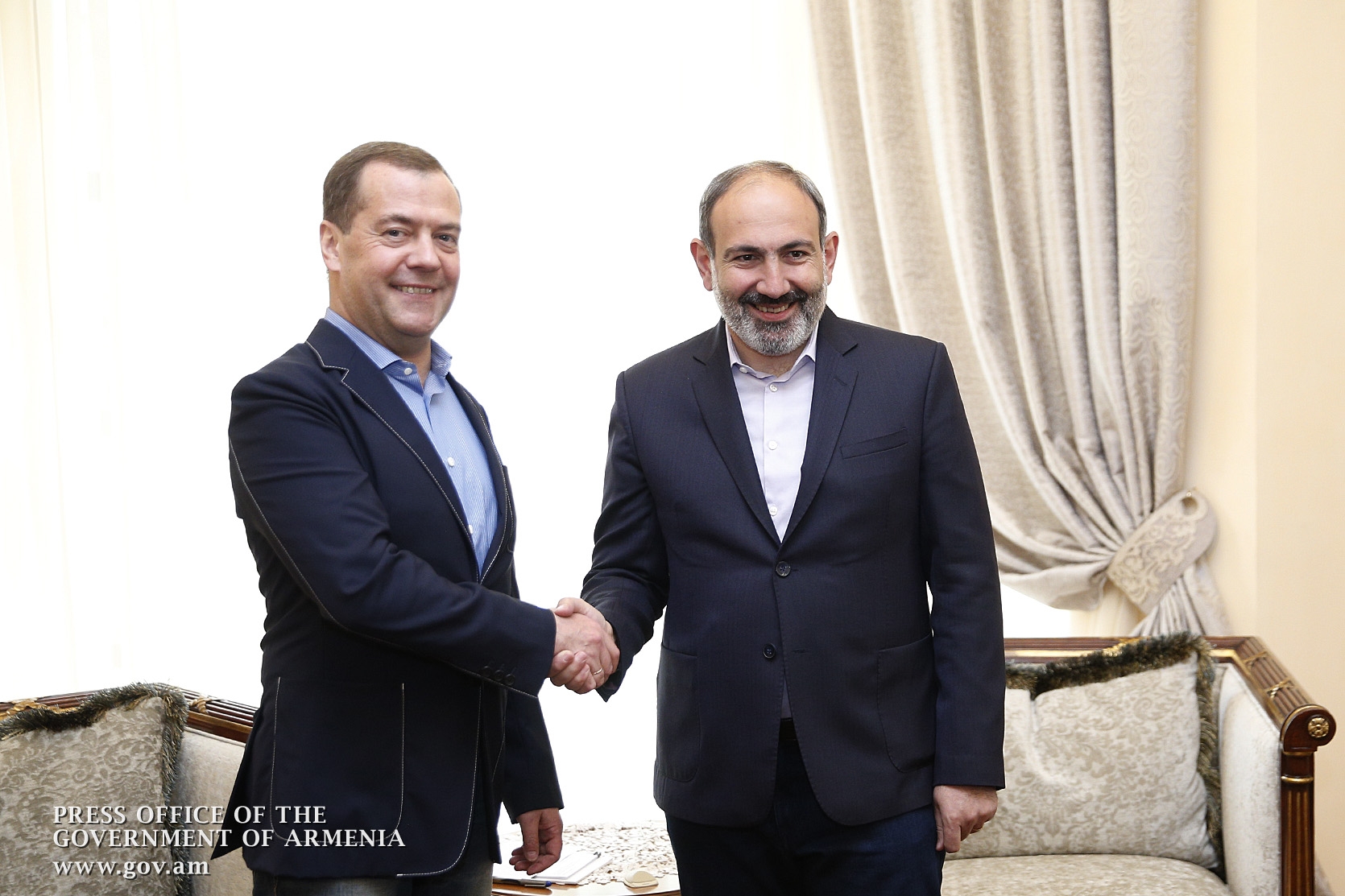 That’s been the debate on Armenian social media since a video emerged of Pashinyan, Armenia’s prime minister, speaking in slightly uneven Russian at a meeting of the Eurasian Economic Union heads of government in Yerevan on May 1.

“If there are no questions, can we move?” Pashinyan asks, in Russian. “No,” Medvedev responds. “Move where?” Pashinyan then says: “Move on to the signing procedure. Let’s move on already, move to the procedure of signing the documents we agreed on. Please, friends.” The camera panned to Medvedev, his Russian counterpart, who was chuckling with a mirthful grin.

What was so funny to Medvedev then became the topic of much social media controversy in Armenia. A YouTube video of the episode spread quickly, and many interpreted the Russian premier’s laughter as mockery of Pashinyan’s slightly awkward Russian. It takes an exquisite Russian snob to see anything wrong with Pashinyan’s comment: the pronunciation is clearly that of a non-native speaker, and the pause after the first “move” is a bit off. Nevertheless, discerning Russian speakers noticed it, and many Armenians came to the conclusion that their leader was being laughed at, in his own country, for imperfectly speaking the language of its former colonizer.

“What is this idiot laughing at???” one commenter under the YouTube video asked. “Pashinyan said everything correctly, and all of Russia, and not only, is laughing at him [Medvedev].”

The deputy speaker of parliament, Alen Simonyan, came to his boss's defense on Facebook and rebuked Medvedev for "trying to make himself look better."

If Medvedev was, in fact, laughing at Pashinyan’s Russian, it was exceedingly terrible diplomacy as well as poor manners. Armenians are sensitive to the overbearing role that Russia has played in their affairs over the last century, in particular since the collapse of the Soviet Union when Russia continued to pull many strings in independent Armenia. Pashinyan’s government is full of pro-Western figures, and many in the country saw last year’s “Velvet Revolution” as a chance to finally ease out of Russia’s embrace. Though Pashinyan himself has promised – and so far delivered – no dramatic geopolitical shifts away from Yerevan’s close alliance with Moscow, and the fact that the Eurasian Union event was taking place in Armenia was ample evidence.

But it’s not clear that Medvedev was mocking Pashinyan. The two appear to have hit it off well; the evening before, they took in a bit of the Yerevan nightlife. The owner of Club 12 told the news site news.am that the two visited the establishment at about 10 pm. “The high-ranking officials ordered dessert, ate baklava and danced to the cover of a famous pop song,” news.am reported. Whether there is video of that event, and whether the song was the 90s Russian pop hit American Boy, is not yet known.

Other Armenians criticized Pashinyan for trying to manage with his not-entirely-fluent Russian at such a formal event. “Explain to me why it’s shameful, in your own country, to speak at an official meeting in your own language with the help of a high-quality professional translator?” asked one Facebook user.

Pashinyan, who does not take any disrespect lying down, hit back the next day on his own Facebook page. He blamed “the remnants of the corrupt system” for “whipping up a storm on social media.” He explained that he, Medvedev, and everyone else at the meeting were eager to take a coffee break, or as he put it, “move to the coffee room, because we were all terribly tired and wanted coffee.”

Whatever really happened, both Medvedev and Pashinyan are surely hoping that they will move soon on to something, anything, different.