Three empires left behind a mosaic of religious, ethnic and linguistic identities. 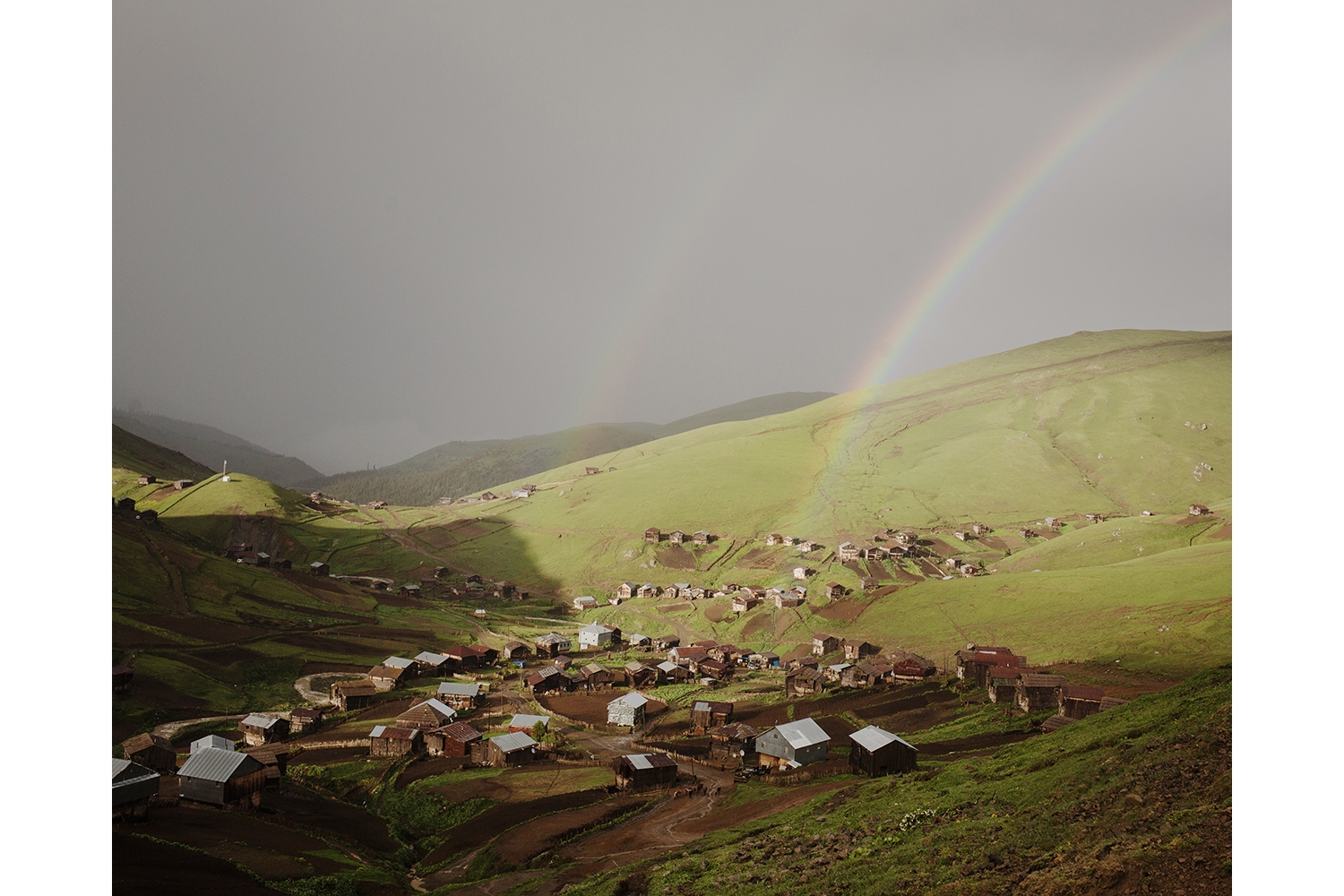 Many residents of Ghorjomi take their livestock up to the fertile pastures of Zotikeli from May until September. The highland settlement is isolated, but a minibus makes a daily trip to Batumi, Adjara’s capital. (Photo by Julien Pebrel / Myop) 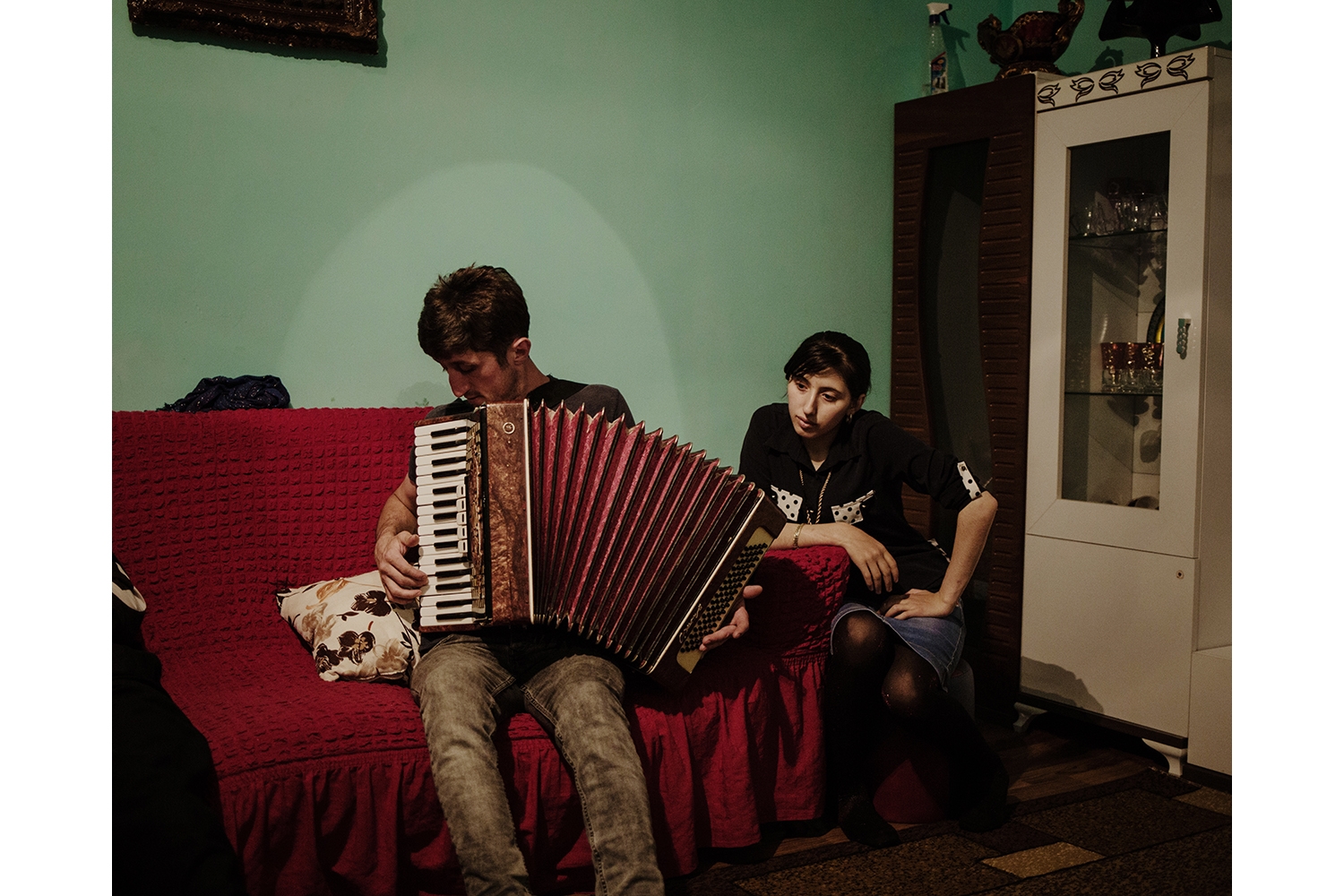 Ziyal Beridze, 24, plays accordion at home. For work, he makes Muslim gravestones. He would like to open a guest house or a driving school in his village, Ghorjomi. (Photo by Julien Pebrel / Myop) 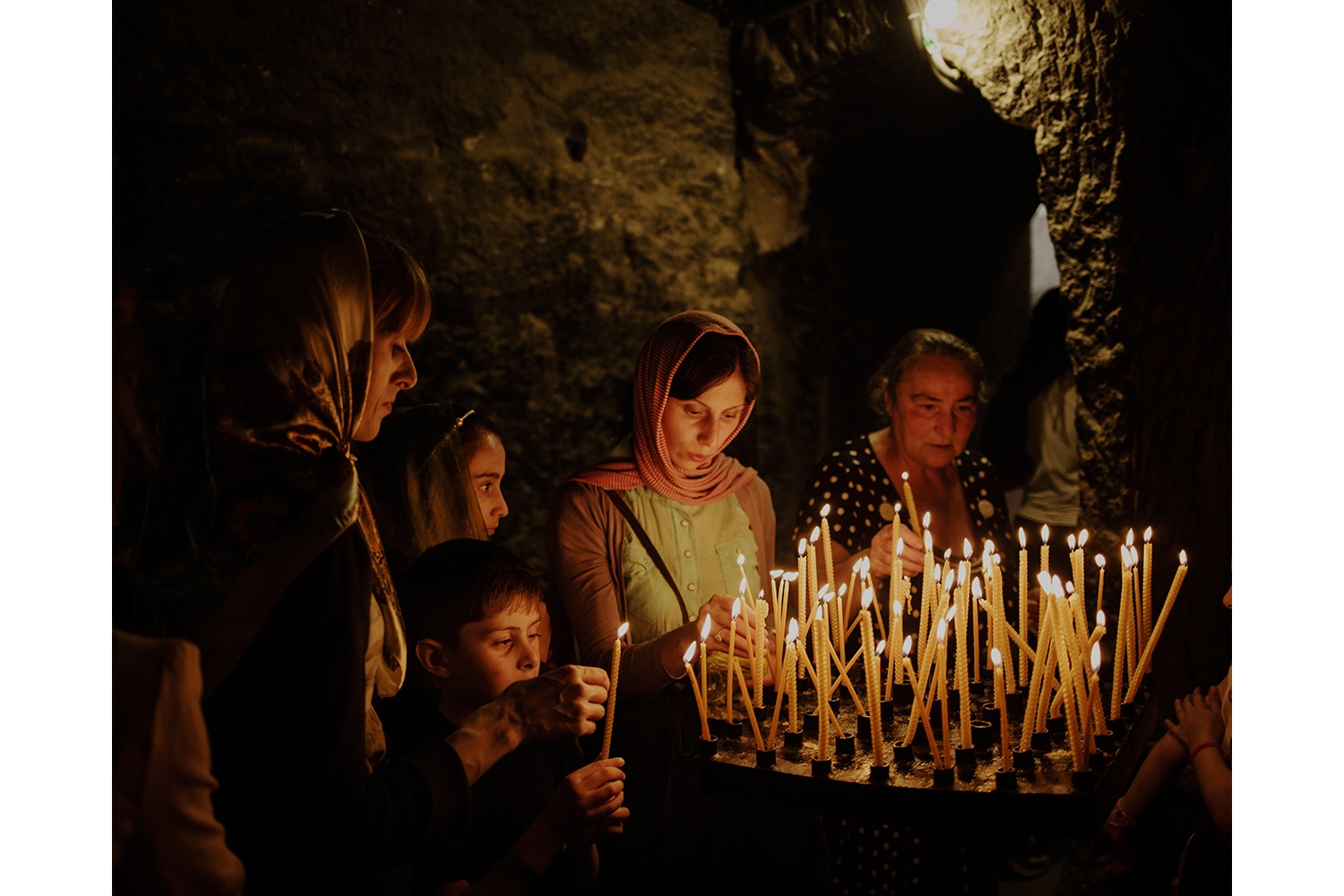 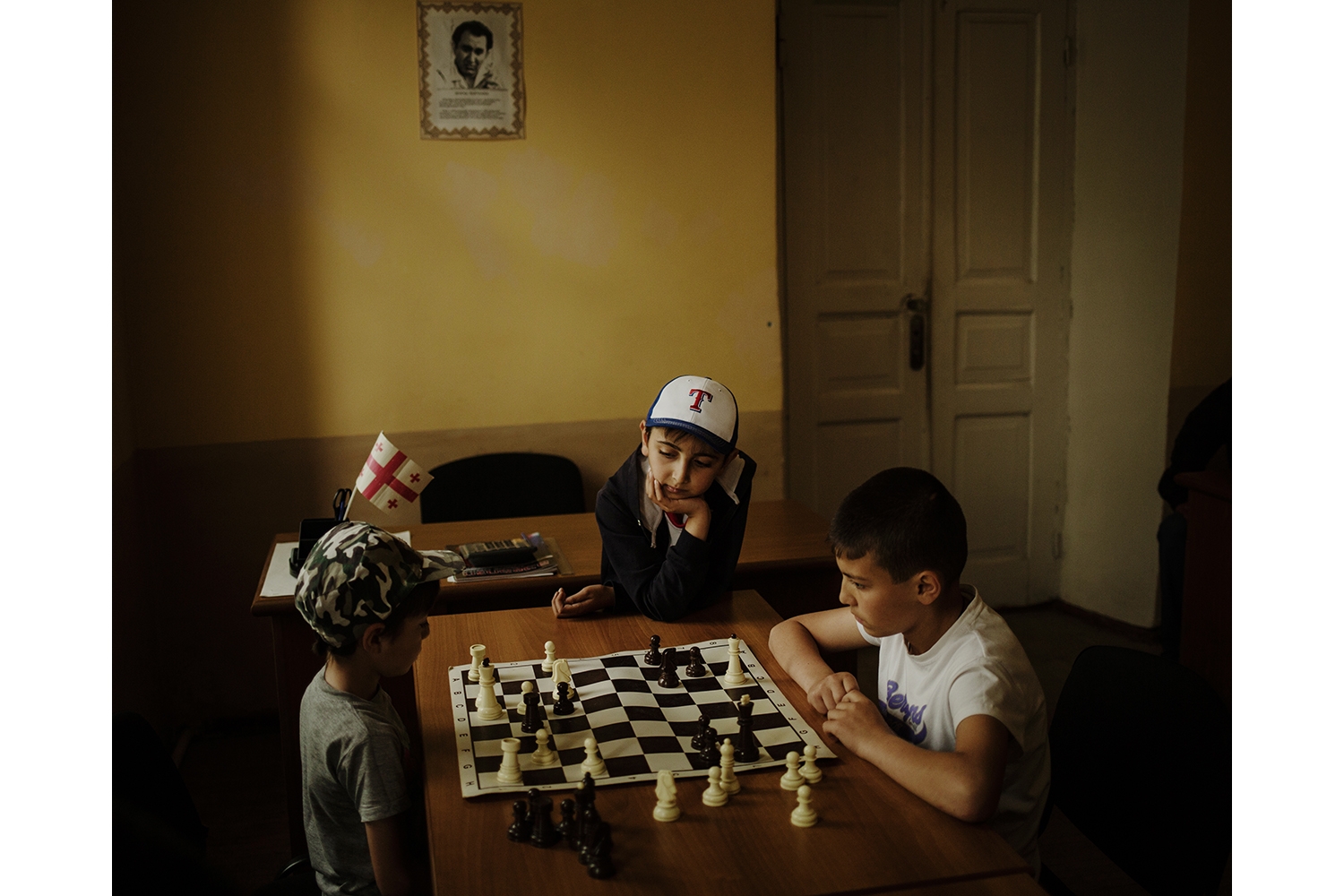 A chess lesson in Akhalkalaki, Javakheti's main city, which is populated mostly by Armenians. (Photo by Julien Pebrel / Myop) 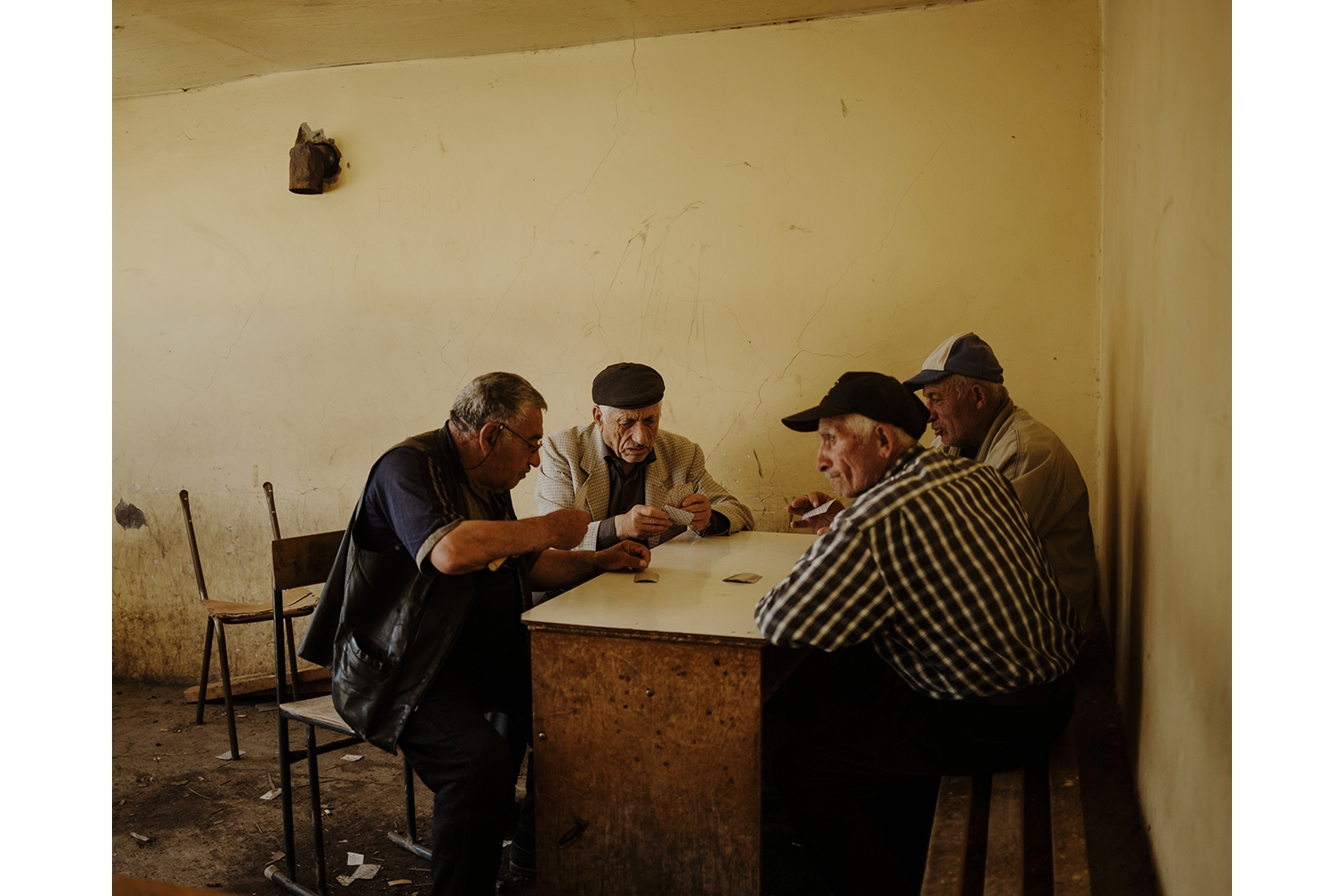 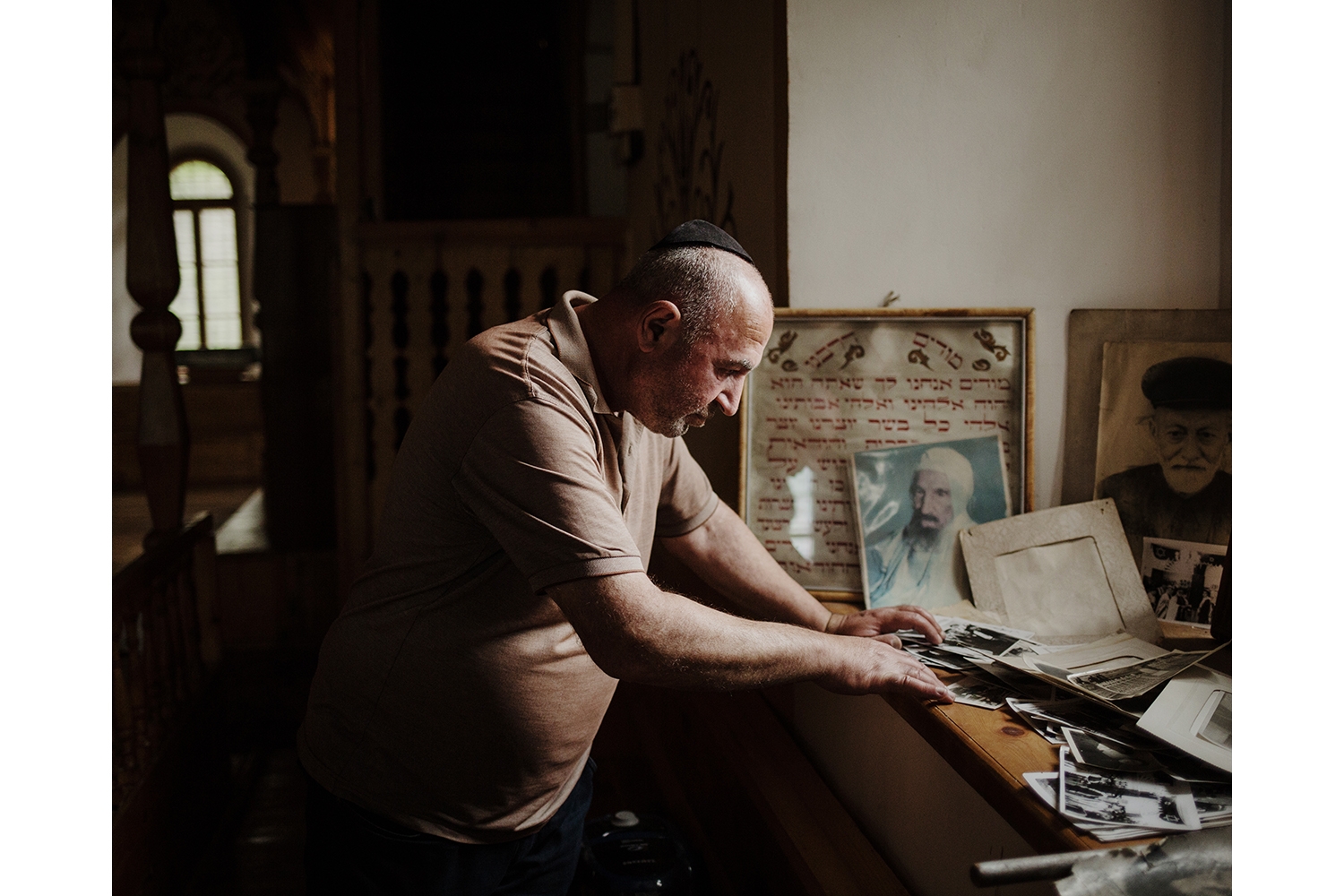 "I won't be sad if there are no more Jews in Akhaltsikhe. I can't do anything about it and those who left for Israel don't look back," says Simon Levishvili, one of Akhaltsikhe’s last Jewish residents. (Photo by Julien Pebrel / Myop) 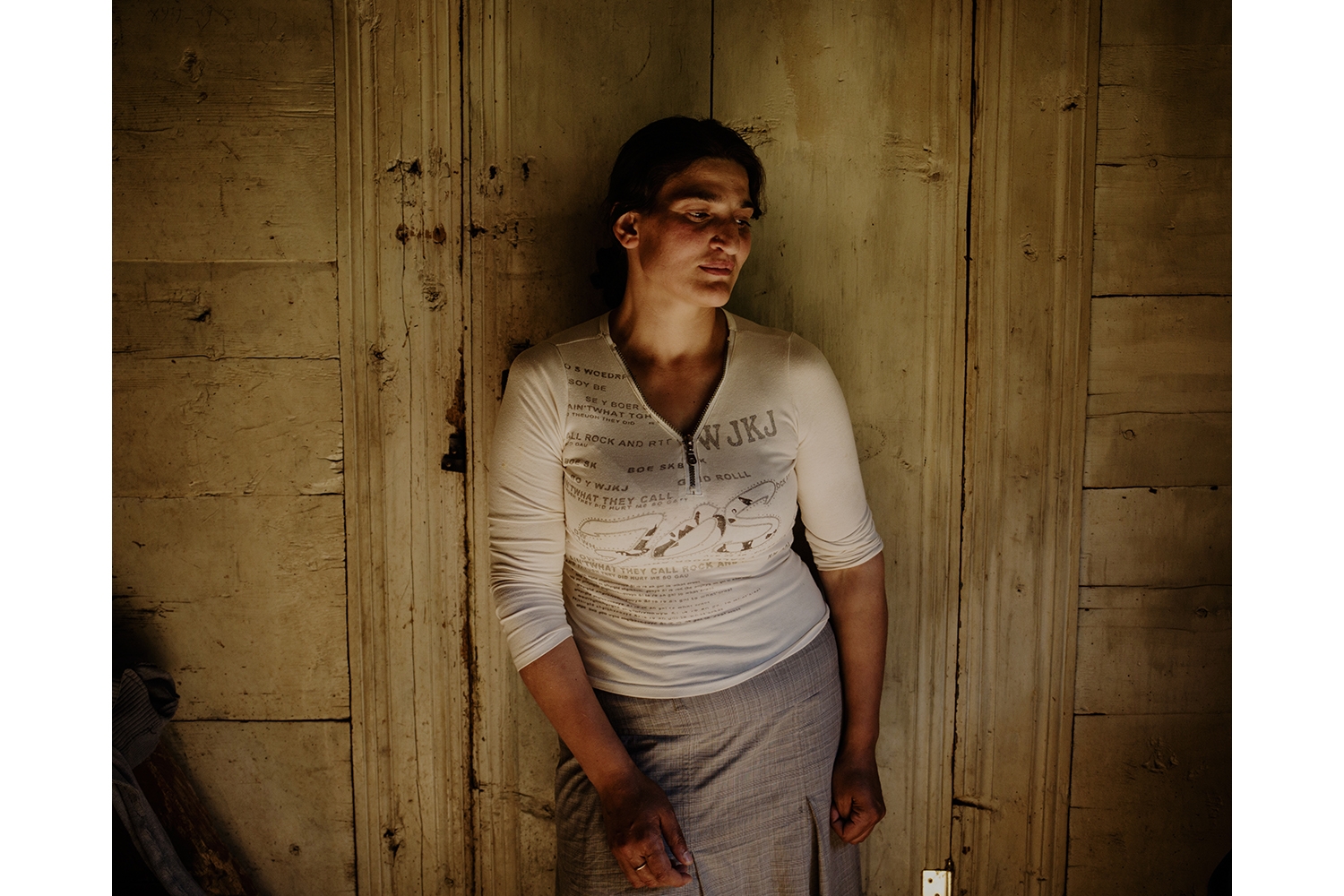 "Life hasn't really changed here since my childhood. We produce everything we need and just buy salt and sugar from the shop," says Nona Kiladze, a 32-year-old resident of Ghorjomi. (Photo by Julien Pebrel / Myop) 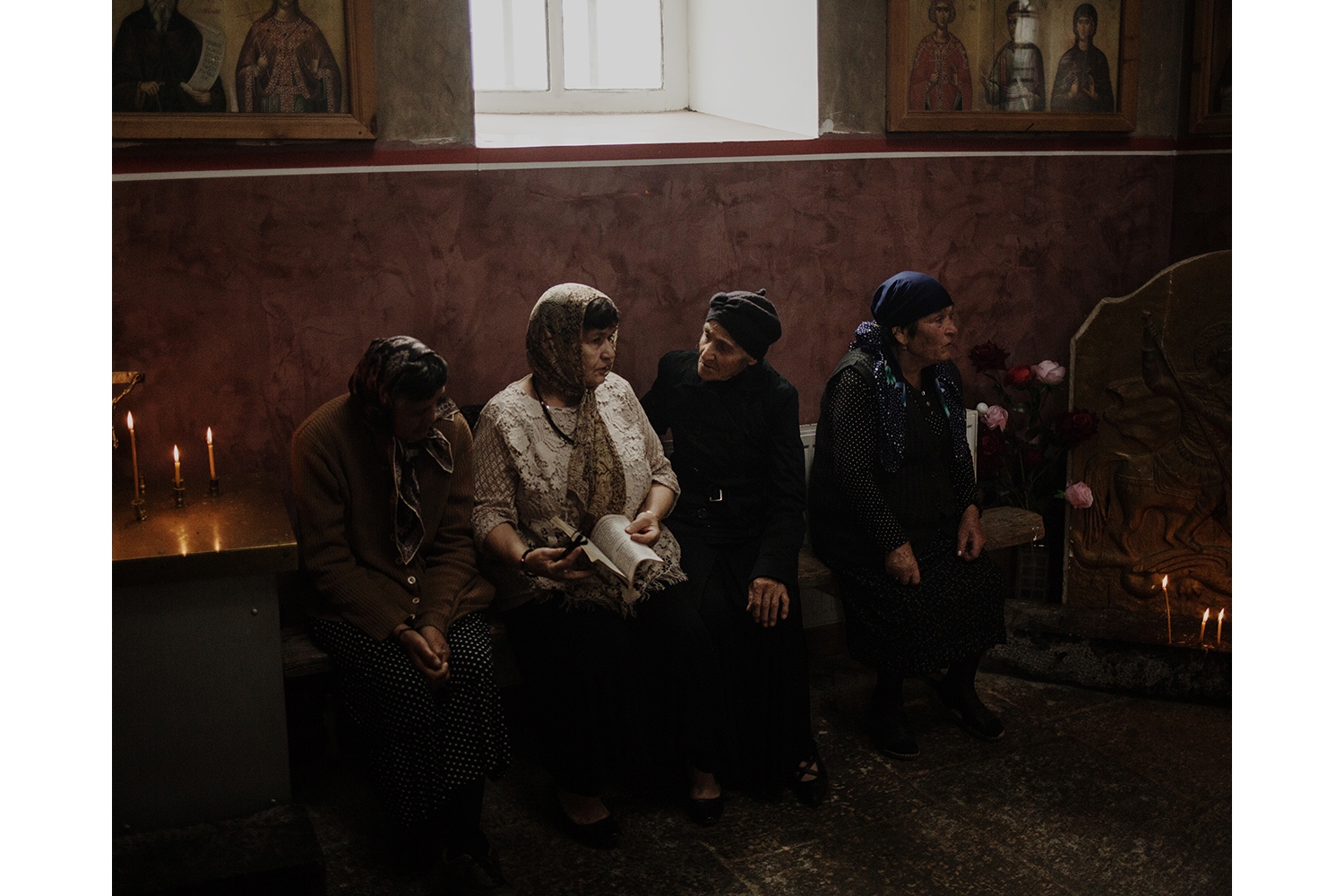 A group of Greek ladies meets each Sunday in Tsalka church. (Photo by Julien Pebrel / Myop) 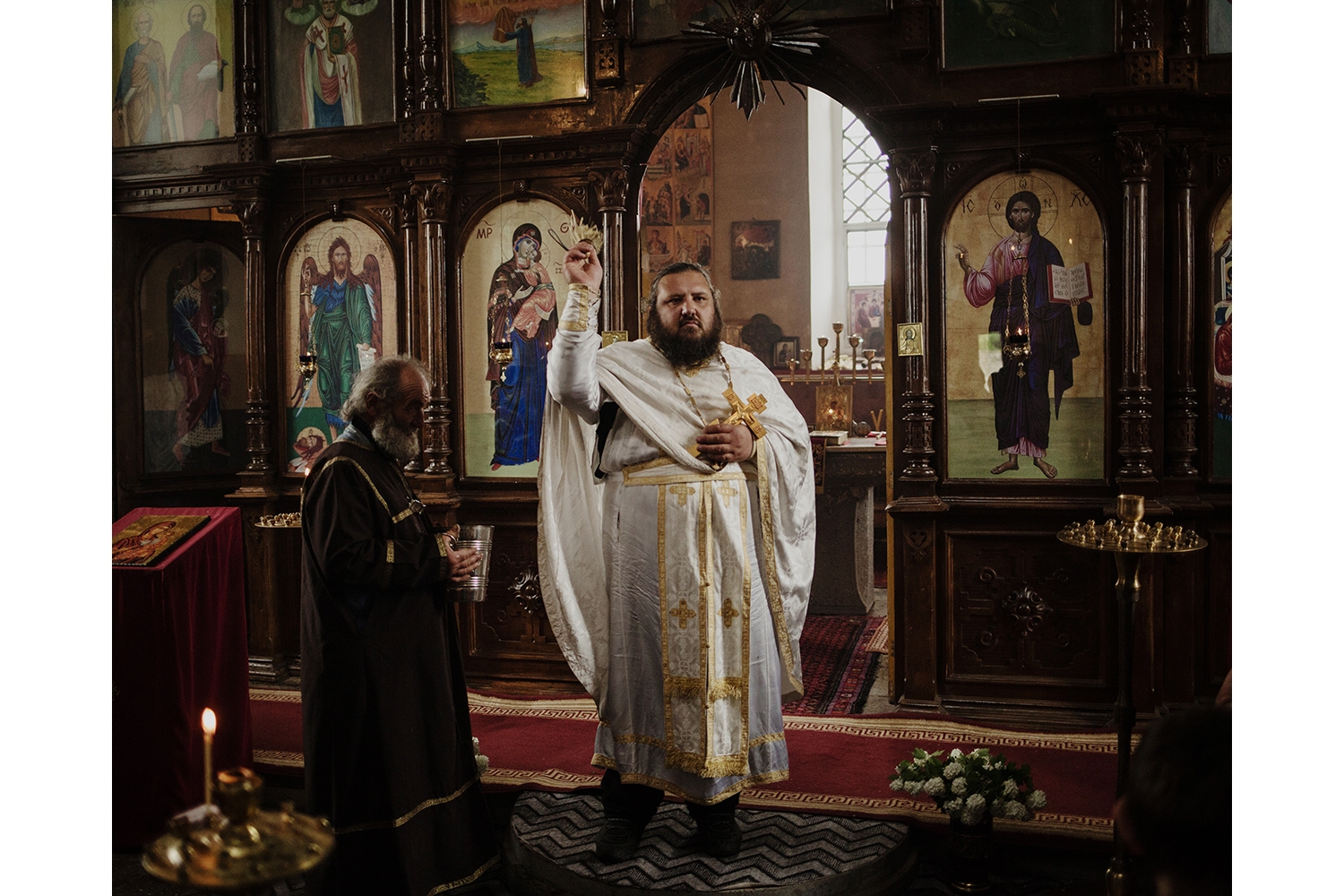 The mass at Tsalka church is conducted in Georgian by Georgian priests; only the architecture of the building is still Greek. (Photo by Julien Pebrel / Myop) 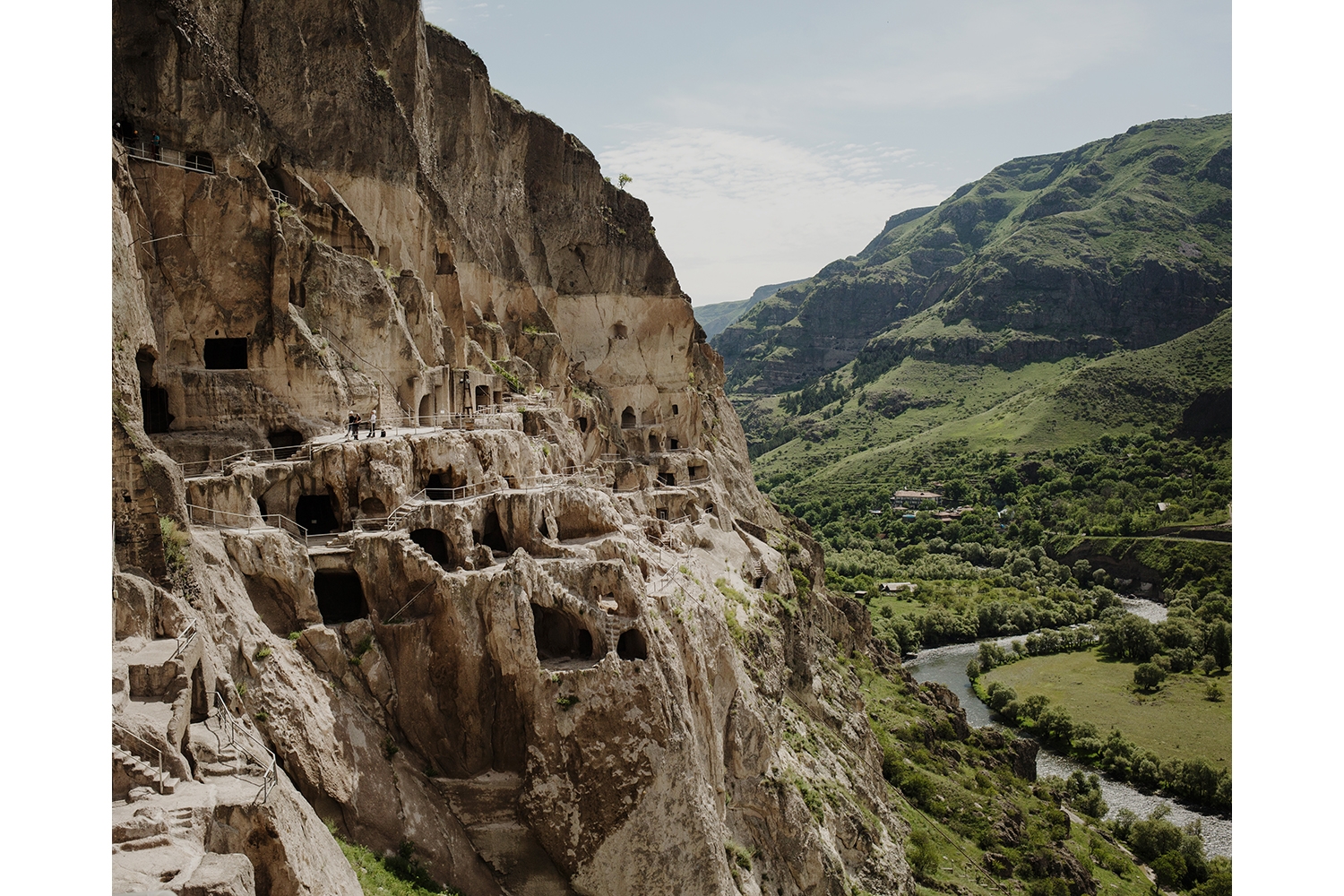 Vardzia is a cave monastery dating from the 12th century. It is now a popular tourist destination and a Georgian landmark. (Photo by Julien Pebrel / Myop) 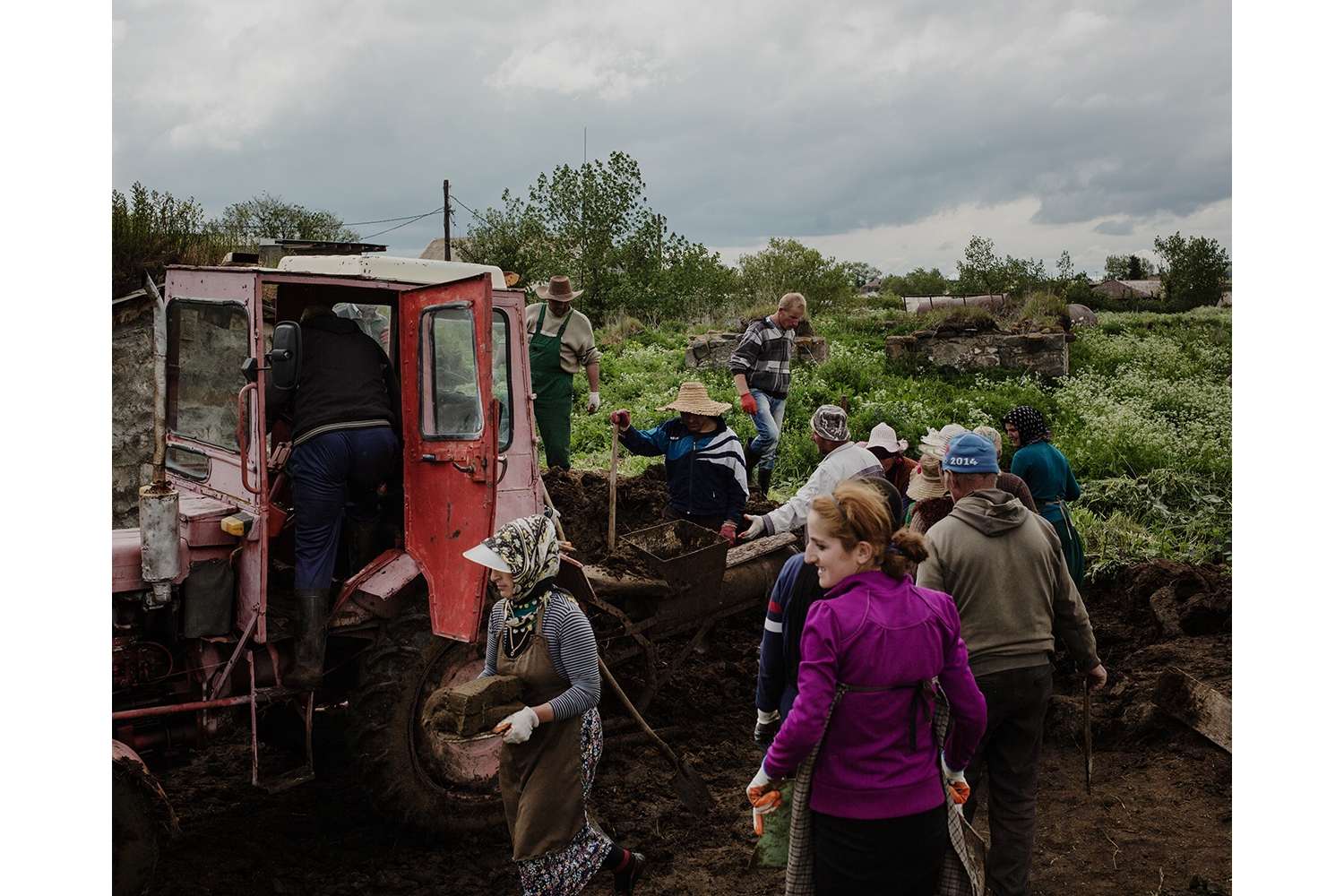 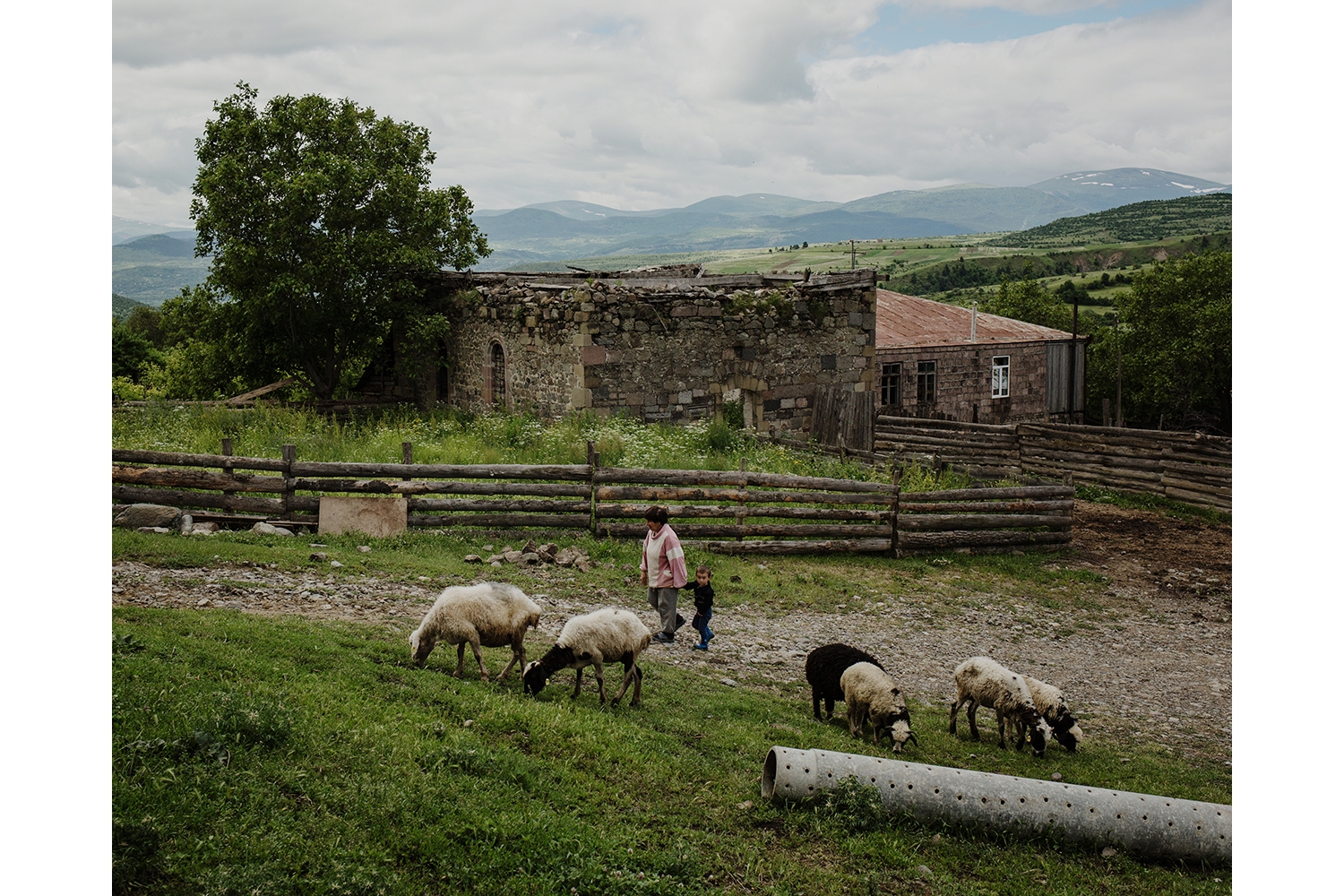 Sheep grazing near the old mosque in Abastumani, where only a handful of Meskhetian families now live. Stalin deported the ethnic group, indiscriminately, to Central Asia in 1944. (Photo by Julien Pebrel / Myop)
prev
next

For centuries, mountainous southwestern Georgia lay at the crossroad of the Ottoman, Persian and Russian empires. It suffered many conflicts between the rival powers, while also nurturing complex religious, ethnic, and linguistic identities.

Today, though, that rich diversity is under threat from economic, political, and demographic change. We traveled throughout the region to document the remaining traces of this fading diversity.

Perhaps the first modern blow to the region's multicultural fabric occurred during World War II, when Stalin deported all Turkish-speaking Meskhetians, in the belief that they represented a threat to Soviet security.

The vast majority of Meskhetians are still in exile, and the traces of their presence are hard to find in their native land. Despite a 2007 law paving the way for their repatriation, only 50 Meskhetian families are estimated to be living in Georgia’s Samtskhe-Javakheti province today. Many of them face economic and administrative hardships resulting from difficult access to Georgian citizenship or residency status.

In the village of Abastumani, the old Meskhetian mosque is roofless and full of weeds. “Some locals even say that it was a church or a [bath house],” says Pridon Kuradze, a 16-year-old Meskhetian student whose grandfather was deported to Uzbekistan and was only able to settle back in his birthplace in 2011.

“I didn't face discrimination but our history is not taught at school; that makes me sad,” Kuradze added. Since Georgia gained independence in 1991, the national narrative has closely associated Georgian identity with Orthodox Christianity, sidelining the existence and legitimacy of religious or ethnic minorities.

Georgian Muslims from Adjara, in particular, face difficulty fitting in to this ethno-religious norm. To better integrate economically and socially, many have embraced Christianity.

However, in the high valleys of Khulo district, Islam still plays a large role in community life. In the village of Ghorjomi, hundreds of men gather every Friday at the mosque for prayer. “From 1937 till 1989, the Soviets closed it. But then we reopened it, despite some tensions with the government,” said Muhamed Kakaidze, a former imam.

Most villagers make a living from agriculture, growing potatoes and producing milk and cheese. During the summer, herders take their cattle to the pastures of Zotikeli, at an altitude of over 2,000 meters (6,560 feet).

Further east lays the impressive gorge of Vardzia, where a former monastery carved into the cliffs dates from the Georgian kingdom’s 12th-century heyday. The gorge is dominated by the inhospitable Javakheti highland, which suffers through dry summers and long winters. It is mostly inhabited by ethnic Armenians, while it was also home, until recently, to the Dukhobors, a pacifist Russian sect that was exiled there in the middle of the 19th century.

Gorelovka was once considered the Dukhobors' “capital,” with well-maintained white houses in neat rows, and an iconic orphanage building where the leader of the community lived. After the collapse of the Soviet Union, most Dukhobors migrated to Russia and the few remaining members of the community lament the sad state of the town.

Not far from Gorelovka, the district of Tsalka also has undergone dramatic demographic changes over the past thirty years. It had been populated by Greeks, known as Urums, who had fled the Ottoman Empire in the 19th century. The post-independence economic collapse, however, drove thousands of them to migrate to start new lives in Athens or Thessaloniki.

Just a couple of hundred Greeks – mostly elders – still live in the city of Tsalka. One can hear them on the main street speaking their mother tongue, a dialect of Turkish. “We might have lost our language [Greek] but we have kept our faith,” said an old churchgoer with evident pride at the end of Sunday mass, where prayers were conducted in Georgian. With no dedicated cultural or community center, the church is one of the few communal spaces where Greeks gather.

In both Gorelovka and Tsalka, many houses remain empty. The population decline is noticeable even though new inhabitants settle in abandoned dwellings. They are Armenians from neighboring regions. Some, too, are Georgians, relocated by the government from other areas of the country that have suffered landslides.

Georgia’s restaurants fight back against the lockdown

Georgia’s prime minister steps down ahead of looming clashes