Does Saakashvili’s Resignation Mean the End for Ukraine’s Georgian Reformers? 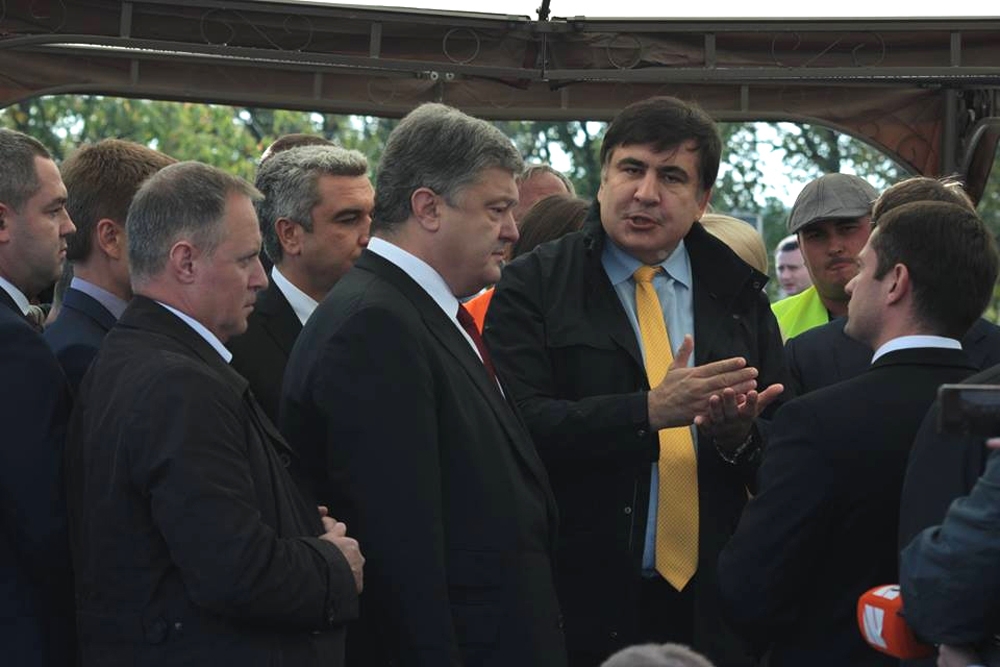 With the resignation this week of Georgian ex-President Mikheil Saakashvili as governor of Ukraine’s Odessa Region, is it time to declare the country’s Georgian experiment a failure?

The populist firebrand was only the latest Georgian expatriate to depart from a government post — or fall afoul of the system — amid increasing evidence of Kyiv’s lack of progress in fighting corruption. The Georgian imports had been expected to bolster the country’s reform efforts, armed with post-revolutionary experience in their native country, but the resilience of Ukraine’s rotten bureaucracy has perhaps proven more powerful than expected.

“I think everyone was naive,” said Sasha Borovik, a Ukrainian-born German citizen who served as a reformist deputy governor under Saakashvili, of his colleagues. “The reforms were sold to us [by Ukrainian officials] as real.”

Saakashvili’s resignation was not exactly a surprise. Practically since his appointment by President Petro Poroshenko in May 2015, he has railed against what he describes as a lack of political will in Kyiv to clean up the system.

In his public address announcing his resignation, Saakashvili promised to “begin a new phase of the fight,” an apparent reference to a new political party. He pilloried Poroshenko, his former benefactor, and compared the billionaire leader to kleptocratic ex-President Viktor Yanukovych. “I just want to ask,” Saakashvili said angrily, “How much can you lie and cheat?”

That rebuke stood in stark contrast to the high hopes for reform that sprouted after the Maidan revolution and the infusion of expatriates — particularly Georgians who had played key roles in reforming their own country after the 2003 Rose Revolution — into Ukraine’s political landscape.

Even before Saakashvili was tapped to lead Odessa last year, Georgian reformers had taken positions across the state bureaucracy, including as advisers and deputy ministers. Among the most prominent were Eka Zguladze, the first deputy minister of internal affairs, Minister of Health Alexander Kvitashvili, and Davit Sakvarelidze, a deputy prosecutor general.

They were even the subjects of a joke that made the rounds at the time: Opening a cabinet meeting, then-Prime Minister Arseniy Yatsenyuk greets his government with “Good morning!” to which the ministers respond with “Gamarjoba!,” the Georgian greeting.

But it did not take long for the realities of reforming a deeply corrupt system to become clear.

Among the first of the Georgians to quit, back in May 2015, was Dzhaba Ebanoidze, who was promised a top managerial position at the Ministry of Justice before it was suddenly liquidated.

Soon after, Kvitashvili tendered his resignation amid accusations from Poroshenko’s powerful party that he was unable to reform Ukraine’s healthcare sector. Zguladze, who spearheaded the country’s widely-praised police reform, left her post at the Interior Ministry in May (she remained in an advisory role, however).

Some believe the revolutionary fervor gave way to disappointment among once-hopeful expats.

Borovik, who joined Saakashvili’s team in Odessa after serving a brief stint in the Ministry of Economic Development, says many of his colleagues were lured away from other jobs in other countries by promises that they would be given plenty of room to operate. “They all let that go and came to Ukraine thinking that this is where the frontier is.”

Most resonant was the March 2016 dismissal of Sakvarelidze from his senior post at the Prosecutor General’s office. He was fired by disgraced ex-prosecutor Viktor Shokin, a Poroshenko ally, just hours before Shokin’s own dismissal amid criticism over his failure to reform the agency. The event came to exemplify a broader trend of Ukraine’s corrupt old guard blocking reform efforts by political outsiders and other newcomers.

Some experts say Saakashvili’s resignation does not necessarily mean the end of the road for Georgian-born reformers — or any other expatriates, for that matter.

Indeed, many have remained in top posts and continue leading important parts of Ukraine’s reform effort. They include Khatia Dekanoidze, the chief of Ukraine’s National Police, as well as Gizo Uglava, the first deputy head of the National Anti-Corruption Bureau of Ukraine.

Poroshenko himself was quick to stress that point in his response to Saakashvili’s resignation. He added an apparent dig at the ex-governor and his party in Georgia — which took a beating in last month’s parliamentary elections — saying that “some people ... decided to begin their political activity” after the loss.

Meanwhile, Saakashvili will likely seek to channel political support into a newly-formed political party, Hvylia (Wave). While analysts say it could theoretically break the 5-percent threshold to enter parliament in the near future, it currently only has about half of that support.

Some observers believe his brash populism still finds followers in Ukraine, where the electorate is largely displeased with Poroshenko and the current government. While Saakashvili’s personal approval rating hovers around a mere 22 percent, that is still higher than most Ukrainian politicians, including Poroshenko and Prime Minister Volodymyr Groysman.

What remains to be seen is whether it can translate into real political returns for the Georgian ex-governor.

“From now on, Saakashvili is not just a political sparring partner for Poroshenko,” wrote Ukrainian commentator Serhiy Rudenko. “He is a competitor in the struggle for power in Ukraine.”

Dan Peleschuk is a freelance journalist who covers Ukrainian affairs.