New technologies have allowed archeologists to re-examine how domestic animals spread from the Middle East to Asia. 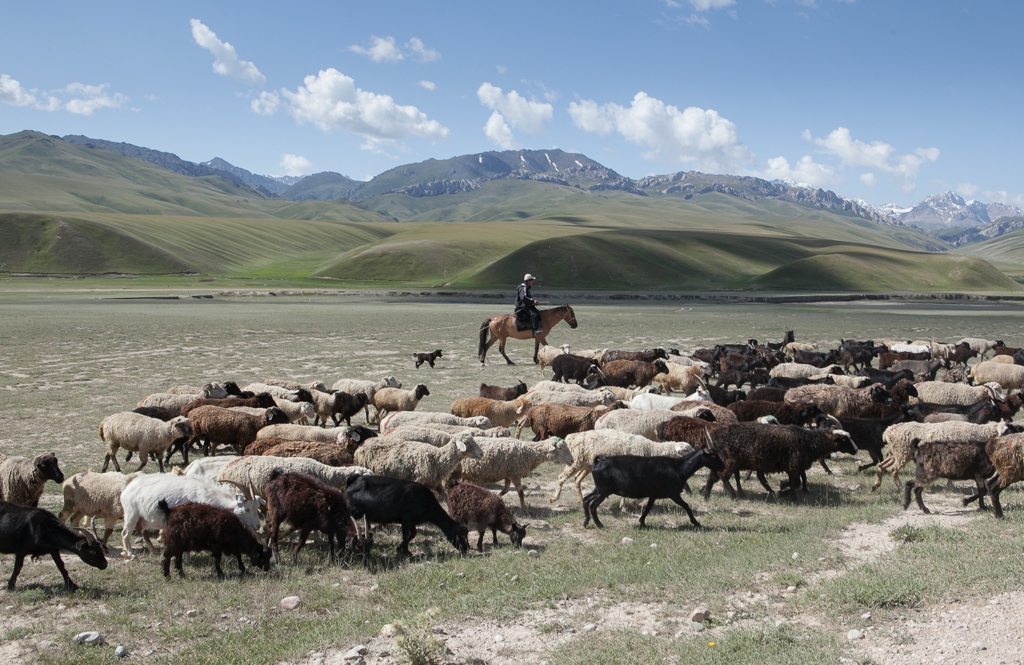 Stone Age humans were raising and slaughtering domesticated sheep in Central Asia three thousand years before previously thought, new research shows. The findings suggest the Fergana Valley played an important role in the spread of pastoralism and possibly even agriculture across Asia.

Sheep and goats are widely believed to have been first domesticated in southwest Asia – what is today the area where Iran, Iraq and Turkey meet – sometime between 11,000 and 9,000 years ago. From there, they spread to Asia, Europe and North Africa. Until now, archeological evidence of pastoralism had appeared in Central Asia only around 5,000 years ago.

But sheep were being raised in the Fergana Valley 8,000 years ago, write William Taylor of the University of Colorado-Boulder and his colleagues this month in Nature Human Behavior: “These findings warrant a re-evaluation of the timing and routes of the earliest eastward agropastoral expansions and the role of domestic plants and animals in the development of social complexity in this crossroads region."

Taylor and his co-authors examined ruminant teeth they found at a late-Neolithic site called Obishir V in southern Kyrgyzstan, which had been explored by Soviet archaeologists before modern gene sequencing techniques were invented. Some of these archeologists had “long hypothesized a much earlier arrival of agropastoralism from southwest Asia between the seventh and fourth millennia BCE.”

During a dig beginning in 2015, Taylor and his colleagues found stone tools and animal remains "suggestive of grain processing and livestock pastoralism" at Obishir V. Using radio-carbon dating, they were able to time their finds to before 6,000 BCE.

They then sequenced DNA in the teeth, confirming that the animals shared a common ancestor with modern sheep populations in North Africa, Europe and East Asia, ruling out the possibility they were domesticated locally, according to the paper’s authors.

Finally, the archaeologists analyzed the calcified tissue on the teeth roots, which – because the tissue density follows a seasonal cycle – enables them to estimate that the animals were all killed in the late fall or early winter. That would make sense in a pastoral society, strengthening the argument that the sheep were domestic: "Among contemporary pastoral sheep and goat dietary economies, it is common to cull animals that are unlikely to survive the winter in late autumn, so as to improve winter herd survival and store meat more easily over winter months."

The stone tools found at Obishir V also support the domestication hypothesis; these humans were hunting less and processing their food more. Comparing Obishir V with earlier sites in Central Asia “reveals an important economic transition characterized by a decline in the use of projectiles and a concomitant increased use of microblades for carcass processing, as well as an increased emphasis on grinding stones for food production."

The Fergana Valley, the authors posit, could have been a "key node" in the dispersal of domesticated animals and plants from the Middle East to East Asia.