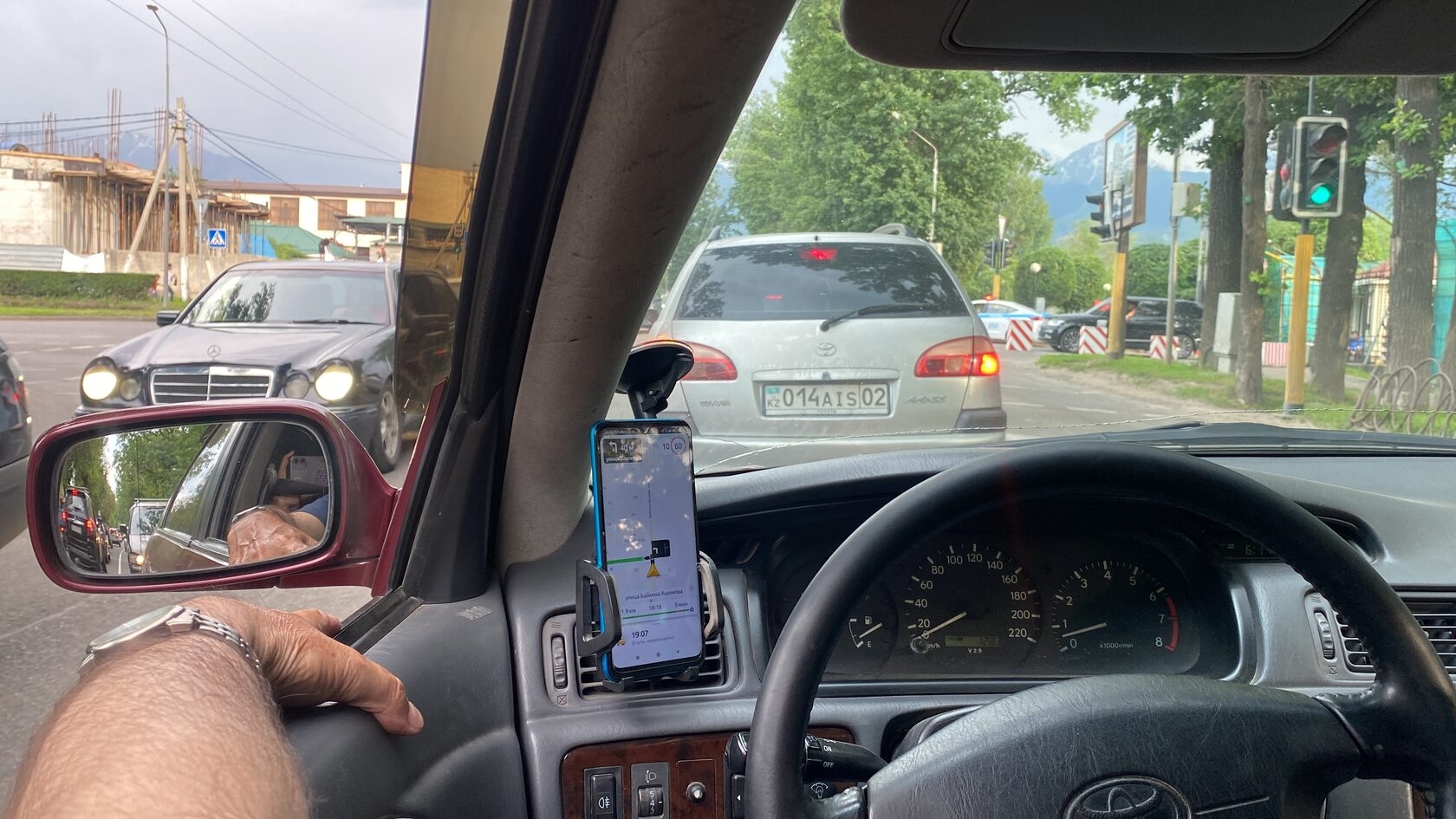 (photo by the authors)

Altynai now refuses to climb into a taxi alone. She used to take them all the time in Almaty, Kazakhstan’s largest city. But after one terrifying experience with a driver, she is afraid. “I thought I was done for,” she explained.

Like many Kazakhs, Altynai, a student, would simply hail a car when she needed to go somewhere. It’s standard in Almaty: If a driver has free time and wants to make a few hundred tenge, he – it is almost always he – will moonlight as a cab driver.

This time, the driver locked the doors when Altynai got into his car. He demanded her phone number. She wanted to call for help, but her phone battery was dead and there was no one around. Eventually, the driver let her go.

Amina, a 20-something in the capital, had a similar encounter.

She had just had a memorable evening. Sporting a new red dress that her friends had all complemented, they celebrated graduation together in Nur-Sultan.

The friends ordered a taxi through an app. When they got into the backseat, the taxi driver stared at the girls. "We were uncomfortable. At some point he asked me, ‘Girl, are you wearing a bra?’ I was in shock and didn't know what to answer." At her perplexity, he replied: “Don't be shy.” After a few more intrusive questions, Amina demanded the driver stop the car and let them out. Amina no longer uses the app.

Such situations are common. In Kazakhstan, almost every woman has heard inappropriate comments, obscene jokes and offers, frightening hints, or even faced violence.

Nuray’s ride began with a low-key conversation about studying. The driver held out his hand as a sign of acquaintance, and Nuray automatically shook it. A few minutes later, he asked to hold her hand.

“He said, ‘You have such soft hands, can I touch your hand again?’ I pulled away and buried my face in my phone, ignoring his words,” she said. He started asking personal questions and making awkward comments.

“When Nuray ignored him, he stopped the car and told her to get out. “I was glad that he dropped me off, because I was afraid that he might take me somewhere,” Nuray said.

To contextualize these experiences, we designed a small online survey. The results are anecdotal, but they confirm that Altynai, Amina and Nuray are not alone. Of the 100 young Kazakh women who responded, 95 percent said they use taxis more than once per month and 90 percent said they sit in the backseat. Almost 40 percent said taxi drivers had asked them “inappropriate” questions. Out of caution, 77 said they text the taxi number plate to a friend when they climb into a car.

According to the Administrative Code of the Republic of Kazakhstan, what these women suffered would qualify as "petty hooliganism." The same article (number 434) covers vandalism and obscene language. Violations carry a fine of up 15,000 tenge ($35) or 10 days in prison.

The Criminal Code only applies if the driver has made a frank declaration that he wants to engage in sexual intercourse.

Women frequently complain that police ignore these cases. These law-enforcement officers argue – incorrectly – that there is no specific article for sexual harassment. Thus, the lecherous taxi driver is effectively immune; he can continue to harass women with little fear of punishment.

Kabykenova recommends whistles and pocket sirens that can be used to distract the aggressor's attention. She says the most important thing is that the woman think about where to run after making her distraction.

“We opened this store so that our Kazakhstani women would be protected. We want to be part of the defense against harassment. If the law does not exist, then we will try to counter this problem on our own,” Kabykenova said.

Another startup proposes to hire a cadre of female taxi drivers. Founder Nigmatulla Aibar, who currently works at a state bank, is searching for investors to start an app, which he calls Safe, that will connect women with vetted female taxi drivers.

“Many girls want to work like a driver for a taxi service, but fear for their safety,” Aibar said. “I think we can help solve this problem.”