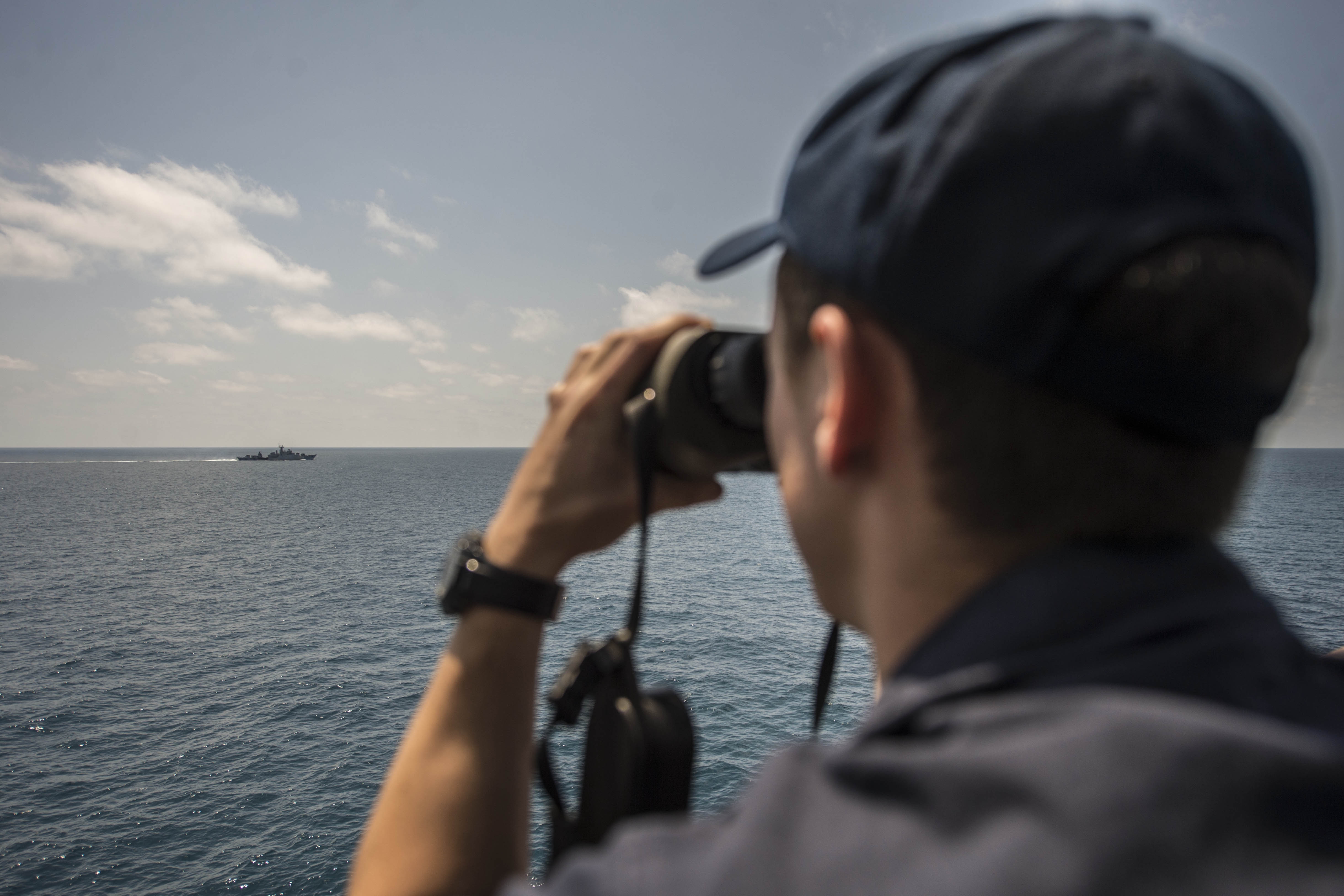 Competing Black Sea naval exercises by NATO and Russia have again raised tensions in the region as the once sleepy sea has become a venue for geopolitical competition.

Russia's exercise started July 4 and involves 20 ships and 20 aircraft. Its scenario was the "destruction of enemy ships in the sea and organization of air defense of naval groups and coastal infrastructure."

NATO's exercises, called "Breeze" and formally hosted by Bulgaria, also started July 4 and continue until July 13, with ships from Greece, Italy, Romania, Turkey, the U.K. and the U.S. also taking part, along with naval patrol planes from Turkey and the U.S. The exercises are "aimed at improving the tactical compatibility and collaboration among naval forces of the alliance's member states."

And the U.S. participation, with the guided missile cruiser USS Vella Gulf is intended to "reassure" allies in the region, a thinly veiled reference to Russia: "It is important to support and reassure our partners, we hope our presence in the Black Sea continues to strengthen those bonds," the USS Vella Gulf's commander said.

Russia has made it clear they don't welcome NATO's presence in the Black Sea. Russia's navy let it be known that it is following the exercises with reconnaissance aircraft and surveillance ships. "The aviation of the Black Sea Fleet is paying special attention to the missile cruiser USS Vella Gulf which, though not formally the flagship of the 'Breeze' exercises, effectively is leading them," a Russian naval source told NTV. And from RT:

The extensive naval activity by NATO in the Black Sea against the background of the Ukrainian crisis shows an unfriendly attitude toward Russia and remains a “direct threat” to Russia’s national security, Igor Korotchenko, editor-in-chief of National Defense Magazine, told RIA Novosti news agency.

“NATO’s electronic reconnaissance vessels are effectively present in the Black Sea on a permanent basis,” Korotchenko said, adding that the visits of Aegis-enabled US missile cruisers in the region next to the Crimea Peninsula were another serious challenge to Russia.

Meanwhile, the fate of another regularly planned exercise, the confusingly named Sea Breeze, which has traditionally been hosted by Ukraine, seems to be a bit up in the air. In April, Ukraine's parliament voted unanimously to carry out the exercises again this year, which take place under the aegis of U.S. European Command and last year also involved Germany, Azerbaijan, Georgia, Romania, Turkey, Canada, Italy and Bulgaria. But a Pentagon spokesperson told RIA Novosti earlier this week that "Sea Breeze is now in the planning stage and we can't announce dates yet."