Paschal bread is the tastiest aspect of Easter in Georgia and much of the Eastern Orthodox world. 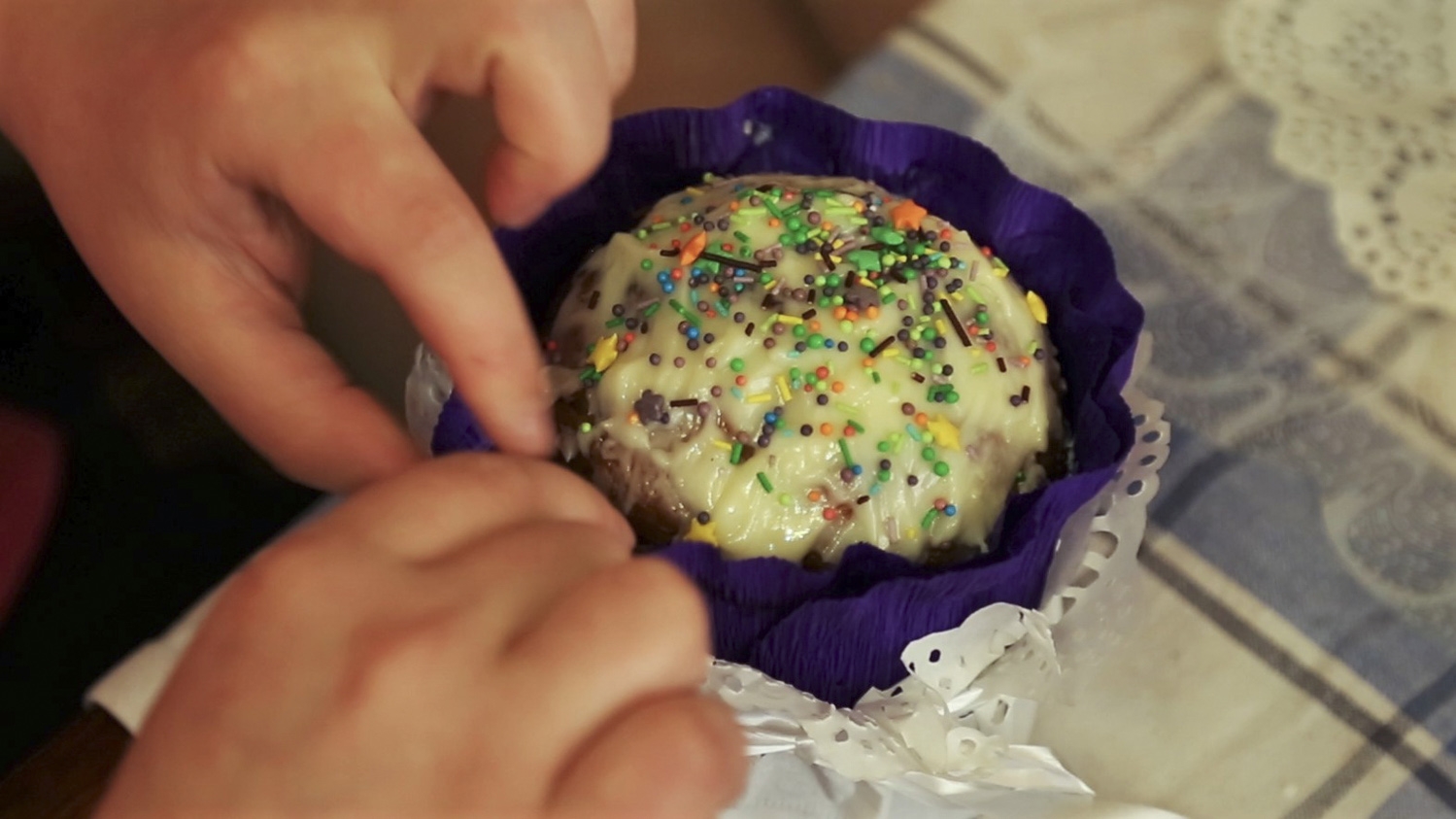 The sweet, pungent aroma of vanilla, nutmeg, cinnamon and cloves hangs in Ana Zarubina’s apartment – or rather, her entire building – in Tbilisi’s old town. Mountains of paskas, the sweet bread made for Easter, sit everywhere: on tables, shelves, even atop the piano.

One needs establish a proper rapport with the dough to make a good paska, says Zarubina, as she mixes a bucketful of batter by hand, gradually thickening it with flour. “You need to feel the dough, you need to listen to what it says,” she adds. An accountant in her early forties, Zarubina moonlights as baker for the Easter holiday, making what her customers call the best paska in town.

The paschal bread is the tastiest aspect of Easter in Georgia, and much of the Eastern Orthodox world. Come Good Friday and rows of paskas, with their dome-like tops, peek out from every pastry shop window in Georgia.

This bread is as packed with meaning as it is with raisins. Church officials say that paska stands for the sweet nature of Jesus Christ and his resurrection. Georgian priests are wont to cite Jesus himself – “I am the living bread that came down from heaven” (John 6:41) – when discussing the meaning of paska.

The bread may not lead non-believers to feel communion with the divine, but they enjoy the once-a-year treat just as much. The challenge is to get the right one for your home.

All permutations of Georgian paska have the same general idea – it is a tall, round and puffy cake – but there are a lot of little details that make all the difference for paska snobs.

The classic version is dusted with sugar powder. Fancier iterations sport icing or chocolate topping, decorated with candy sprinkles. Some like their paska light and fluffy, brioche-style; others prefer the buttery and crumbly variations, textured more like carrot cake. And then there is the whole question of succades: to use or not to use the candied citrus peels?

Although paska is sold by the hundreds in food stores and bakeries at this time of the year, the most prized are artisanal, baked by skilled women at home. The search for one of these women leads us to Zarubina. Her handiwork gets rave reviews on a Facebook group that she set up for her clients, who are, according to her, an exclusive group.

“If I don’t like a person, I just won’t sell him or her my paskas,” says Zarubina, pulling the cakes from a large oven, their golden crusts indicating they are ready. “For me this is part business, part ritual,” she adds, placing a new batch of dough in the oven. “People like rituals. They like getting busy preparing for holidays, cooking, shopping. It’s human nature.”

While Ana toils in the sauna-like heat of her kitchen, several women run around the apartment, decorating and wrapping the cakes, and handing them over to the never-ending stream of customers. Zarubina recruits her daughter, her friends and neighbors to keep up with the demand. For several days through Easter Sunday, her house becomes a veritable factory, with everyone working round the clock, taking shifts, panicking about deadlines.

Commercial bakery chains tend to take shortcuts to mass produce the paskas, but Ana bakes by the book: The dough must rest for six hours in a bucket. Then she mixes it one more time, pours it into tall, cylindrical molds and lets it breath again. “I’ve already used 330 eggs, 27 kilos of margarine, 5 kilos of butter,” Ana says, consulting a spreadsheet on her laptop.

By Easter Monday, the day when Georgians hit the cemeteries to commemorate their dead, Ana and her helpers are at the end of their tethers, eager to return to their paska-free lives. Still, Ana says that, for her, paska is a labor of love. “It is really gratifying when they tell you that your paska or, for that matter, anything you worked hard to make, is the best.”