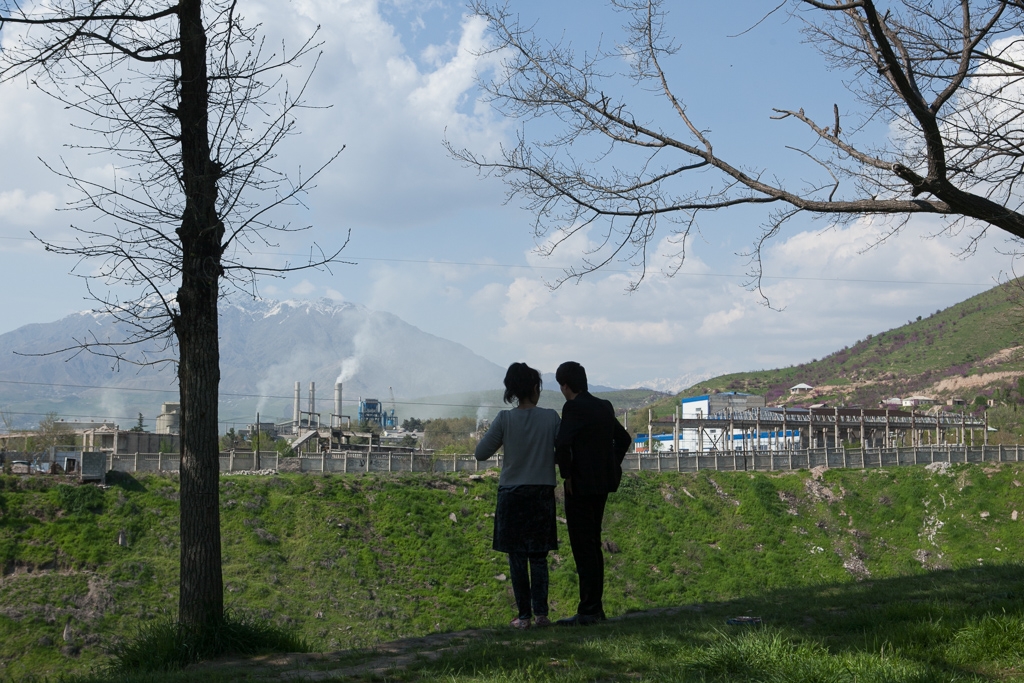 The report, The Nexus of Environmental Issues, Poverty, and Political Authoritarianism in Central Asia, outlines a wide array of environmental hazards, from Semipalatinsk’s heritage of nuclear waste to intensive cotton cultivation. Perhaps most worrisome, the report warns that rising temperatures may cause the Caspian Sea to follow the Aral’s example and dry up. “The level of the Caspian Sea is expected to decline by at least 9 meters by the end of the 21st century,” the report states. “This would result a loss of 25 percent of the Caspian’s total area and the uncovering of some 93,000 km2 of dry land, an area roughly the size of Portugal.”

The human cost of climate change and environmental damage keeps climbing. Industrial and agricultural pollution, to give just one example, is poisoning water supplies. The report notes about 80 percent of those living in rural areas of Tajikistan currently lack access to clean drinking water. Even in Central Asia’s most prosperous state, Kazakhstan, a majority of rural residents don’t have safe drinking water. Outbreaks of waterborne illnesses, including typhoid and cholera, are likely to intensify in the coming decades amid rapid population growth, warns the report, which was prepared by the Brussels-based International Partnership for Human Rights, and released in June.

“The UN forecasts that the estimated population growth will lead to an increase in demand for water by about 2 km3 a year,” the report states. “If this situation is not addressed, there will be significant risk of disease from stressed supplies, water pollution, and a lack of access to drinking water.”

A complex tangle of factors hinders local efforts to address environmental challenges. Most governments in the region lack the money and expertise to implement mitigation plans. Some have embraced environmental protection on paper, but not in deeds. Autocrats discourage initiative and innovation; corruption and a lack of transparency define regional political systems. Meanwhile, widespread poverty, unemployment and inadequate infrastructure tends to keep the popular focus on day-to-day economic issues, not on the environment. Environmental groups are active, but their effectiveness as advocates for change is hindered by a lack of resources, an inability to spread messages via mass media and poor coordination.

To date, efforts to address the harmful effects of pollution and warming in Central Asia have depended on international governments. But foreign involvement can do just as much harm as good.

"It is important to acknowledge that the involvement of foreign actors can have the unintended consequence of sustaining poor government policies," the report states. "Although foreign financial assistance can be an essential support in the context of budgetary constraints, the funding of large projects by foreign institutions has led Central Asian governments to implement policies based more on ad hoc decisions taken in response to the availability of funding rather than on an existing, thought-out strategy."

Tweaks in the donor community’s approach are needed to promote more effective policymaking, the report recommends. Donors should scale-back ambitions and broaden their horizons, opting to support smaller projects with a greater likelihood of full implementation, and expanding partnerships to include more non-governmental actors, not just relying on political authorities. The report also recommends better monitoring and evaluation frameworks, with clearer standards for projects that hold aid recipients more accountable.

“The engagement of the international community must take into account the authoritarian and neo-patrimonial nature of the political regimes in the region, which impacts how environmental issues are addressed,” the report says.

Donors should “strengthen efforts to build the capacity of independent civil society working on environmental and climate change issues and to support research and education.”

While urging changes in donor approaches, the report does not cite any case studies or examples that highlight flaws in past projects. The report also refrains from recommending clear tactics that address strategic concerns.

Iskandar Abdullaev, the Tashkent-based deputy director at the Central Asia Regional Economic Cooperation Institute (CAREC), generally applauded the report’s findings. Foreign funding will continue to be needed, but the onus for the development of specific projects should shift to local actors, he believes. Stakeholders in the region to need to “become more of the owners of the process and decide in their own way,” Abdullaev told Eurasianet.

To accomplish this, Abdullaev said the donor community should invest in networking, promoting cross-border connections among stakeholders from both the governmental and non-governmental sides. Given the on-the-ground realities, the environment is perhaps one area where authoritarian-minded leaders can cooperate with activists. Maintaining the status quo, Abdullaev added, means the international community would "have to be present forever to solve the problems of the region.”