End of the line for Kazakhstan’s independent journalism?

A new criminal code seems to be undermining investigative and independent journalism. 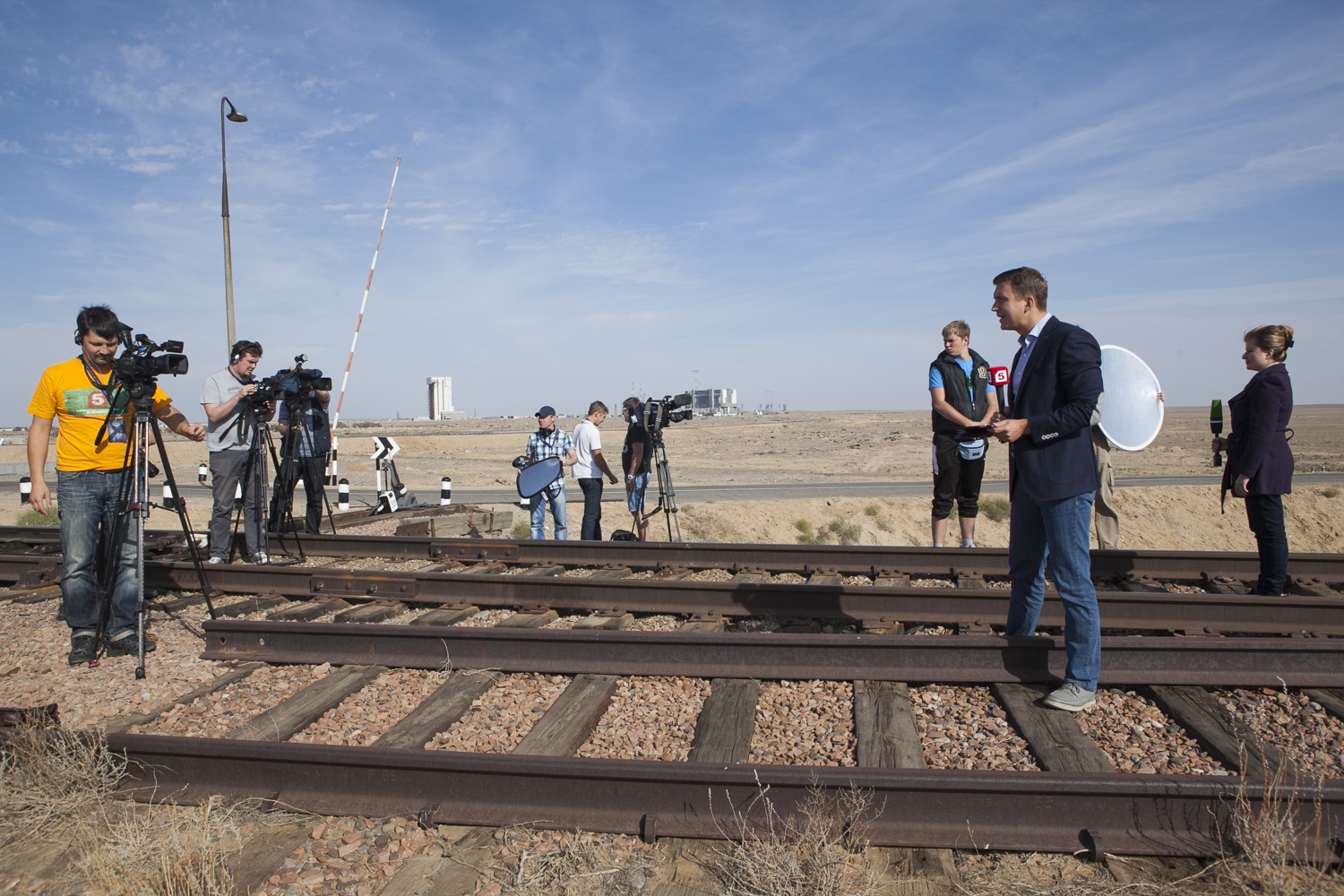 Sometimes, Zeinulla Kakimzhanov enjoys appearing in Forbes magazine. An English-language profile in 2016, for example, casts him as a man of discerning taste aspiring to rebuild Kazakhstan’s winemaking tradition.

Kakimzhanov is not such a fan of the magazine’s Kazakhstan franchise, however. This week, police acting on a criminal complaint filed by the businessman raided Forbes’s Almaty offices and carted away the deputy chief editor, Alexander Vorotilov.

“It was a complete surprise. They took away my computer, my mobile device, my flashcards and passport. Even my bank cards – mine and my wife's, leaving me practically without money. As of now, they have given us back nothing,” Vorotilov told Eurasianet on April 5, three days after he was detained.

At almost exactly the same time as the Forbes raid was occurring, shortly after midday, police across town swooped in on the offices of a punchy investigative website called Ratel.kz. There, they detained editor Marat Asipov, his second-in-command Sapa Mekebayev and correspondent Anna Kalashnikova.

All four had their homes searched and were questioned at the police station late into the evening and then allowed to return home. More lengthy interrogations followed in the days after as a result of Kakimzhanov’s complaint. Police also searched the home of another Ratel.kz journalist, Gennady Benditsky, who died in December following a long illness.

What the two outlets have in common is a shared history of legal troubles with Kakimzhanov. The businessman says he has been viciously slandered by the publications. Press freedoms activists worry that Kakimzhanov is the point of a spear that could finally kill off what little is left of the investigative and independent reporting scene in Kazakhstan.

“The authorities have adopted repressive laws enabling them to prosecute journalists and media outlets on a formal basis. These legal tools are not only at the disposal of the authorities, the business elite can use them too,” Tamara Kaleyeva, head of media advocacy group Adil Soz, told Eurasianet.

Kakimzhanov’s first wave of attacks against Forbes Kazakhstan and Ratel.kz began in January 2017, when he filed suit over articles he says were libelous. In an unexpected turn of events, the judge presiding over the case agreed to a petition from the businessman’s team requesting that hearings take place behind closed doors. In April, the judge found in the plaintiff’s favor and ordered the outlets delete the offending material and pay $156,000 in damages. That amount is colossal for most Kazakh outlets.

“We did not agree with this verdict, but all the same we deleted the article and published a retraction and paid the fine,” Forbes Kazakhstan chief editor Askar Aukenov said.

Senior government officials seem to have been caught by surprise by this week’s developments. Information and Communications Minister Dauren Abayev reacted by saying he had no details to divulge but appeared to laugh off implications of the case for media freedom.

“One piece of evidence for the fact that our press is free is, I think, that even though I need to leave now, you continue to ask questions,” Abayev said at a media briefing. “This is an indicator of your freedom, nobody is beating [you] over the hands.”

That prompted a swift response on Twitter from Human Rights Watch researcher Mihra Rittmann, who monitors Kazakhstan: “I know a few journalists in [Kazakhstan] who would certainly beg to differ.”

Diana Okremova, head of the Legal Media Center, is similarly unnerved by the stance being adopted by a ministry that appeared in 2016 with the ostensible goal of promoting the interests of the press.

“The Information Minister should be the first official to be providing information about such emergency situations and protecting [the media]. Instead, he has adopted an indifferent and passive position, and that is strange,” Okremova told Eurasianet.

Kazakhstan habitually languishes near the bottom of press freedom indices.

The Interior Ministry, after some delay, revealed that the four reporters were being questioned in connection to a criminal case on suspicion of “disseminating knowingly false information.” Vorotilov and Mekebayev have told Eurasianet they are unable to divulge any specifics as they have been required by police to sign a nondisclosure agreement.

A new Criminal Code that came into force on January 1, 2015, included provisions making the dissemination of false information that could inflict harm to individuals, legal entities or the state punishable by fines of up to 13 million tenge (around $48,000 at the current rate) and seven years in jail. It is that provision now seemingly being used against Kakimzhanov’s antagonists.

The authorities argued as they pushed for that stiffened penalty that this would help protect people from extortion and assaults on their personal and business reputation. But rights groups continue to see the move as a fundamentally authoritarian.

“In practice, this article [of the law] is destroying the genre of investigative journalism, and so we are getting a Soviet-style press, managed in the interests of the authorities,” said Kaleyeva of media advocacy group Adil Soz.

The tried-and-tested methods for sidelining outlets are also still regularly deployed. At the end of March, a court in Almaty ruled that Ratel.kz and another couple of online addresses should be rendered inaccessible. That decision stemmed from a domain-related complaint not linked to this most recent case. Asipov, the website’s chief editor, said he was certain this was the result of action undertaken by an object of his team’s reporting.

“We can only speculate about who takes exception to our articles, because we have had many materials about influential people and large companies in Kazakhstan. This evidently did not go unnoticed,” he told Forbes Kazakhstan.

The blocking of Ratel.kz and this week’s detention of reporters has drawn rapid and strong international condemnation, including from the Organization for Security and Cooperation in Europe’s media rights point-man.

“Blocking of an online news resource is a disproportionate restriction on freedom of expression. The detention of journalists and searches of their homes and offices following a dispute between a businessman and a publication is an act of intimidation,” Harlem Désir said in a statement on February 5. “This is a very worrying development, to the detriment of media freedom in Kazakhstan.”