In spite of new leadership in Yerevan, the fundamentals of conflict between the two sides remain unchanged. 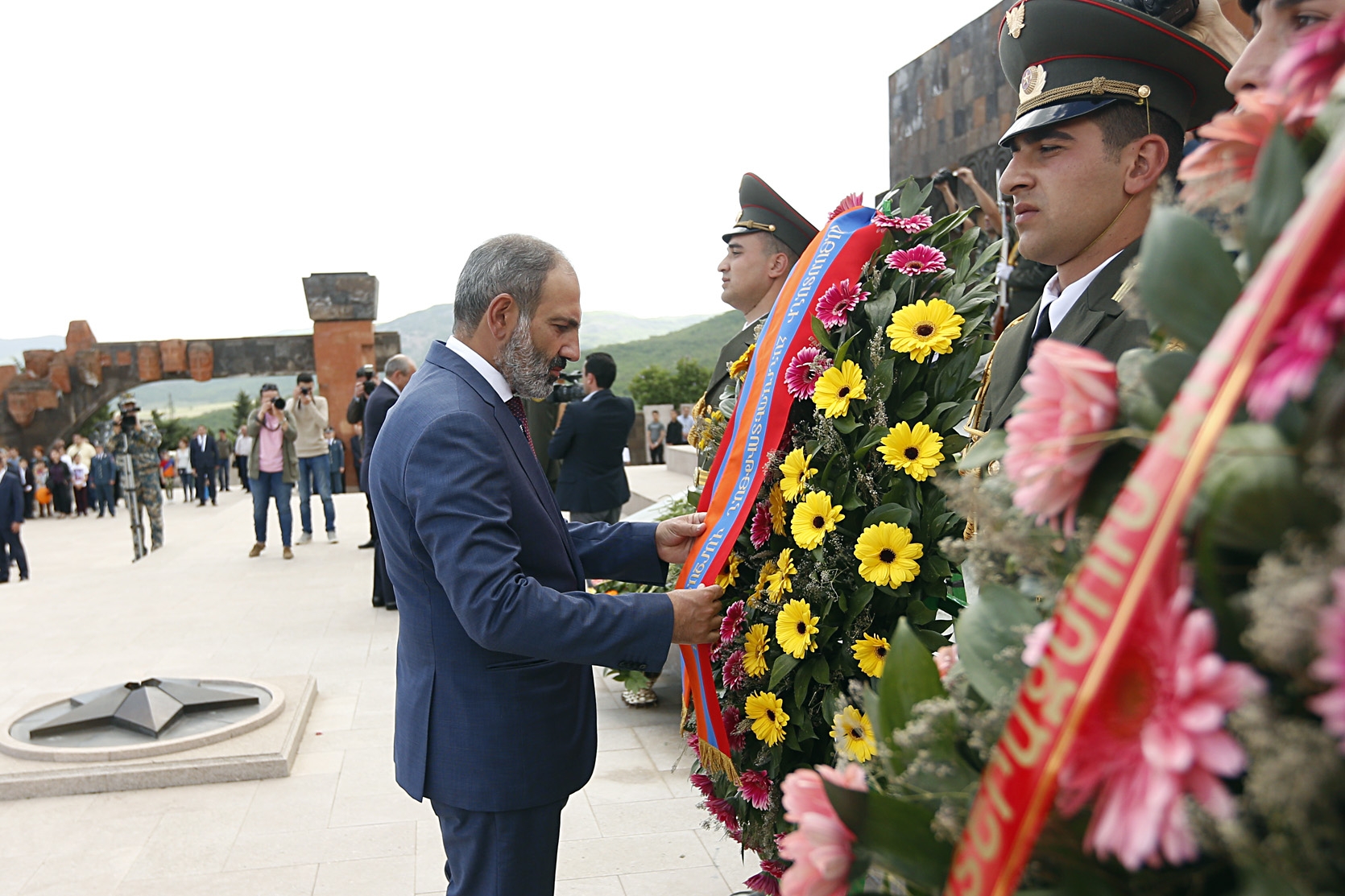 Turkish President Recep Tayyip Erdoğan this week called on Armenia to show “common sense” to bring stability to the region in the wake of Yerevan's political transition, suggesting he still expects Turkey’s neighbor to take the first step before ties between the two states can be reestablished.

Turkey has had no diplomatic ties with Armenia and has kept the border closed for a quarter-century to protest Armenia’s occupation of the Azerbaijani enclave of Nagorno-Karabakh. Yerevan earlier this year officially shelved a set of all-but-dead protocols brokered by the United States in 2009 that laid out a path for the two countries to restore relations.

Now, Armenia has a new prime minister in Nikol Pashinyan, who led a peaceful revolt against longtime leader Serzh Sargsyan, forcing him to step aside last month. But the fundamentals of the conflict on either side remain unchanged.

“We support all efforts for lasting peace, development and welfare in the Caucasus and Central Asia. The only country missing in this positive tableau is Armenia. We especially await the days when we will see a reasonable approach and common sense from the Armenian administration,” Erdoğan said in a May 14 speech in London.

Erdoğan did not elaborate further, but analysts said his remarks underscore his belief that Armenia must first end its occupation of Nargorno-Karabakh, the mountainous enclave that is internationally recognized as part of Azerbaijan but is now controlled by Armenian forces after a war during the collapse of the Soviet Union.

Pashinyan has sought to allay concerns among Armenia’s allies, primarily Russia, that he will not rewrite the country's foreign policy, pledging to hew close to his predecessors' approach to the outside world.

Yet last week, Pashinyan appeared to breathe new air into the stalemate with Turkey, saying he was ready to establish diplomatic relations without preconditions. Opening impoverished, landlocked Armenia’s frontier could deliver some of the $200 million in trade Turkey has in the south Caucasus.

“If Armenia is giving up the hostile stance it has exhibited toward Turkey for years, if it wants to open a new chapter, we would look at the details and give the appropriate response,” he told reporters on May 11.

However, Pashinyan’s pursuit of re-establishing ties with Turkey does not appear to be a departure from the previous administration’s position, said Aybars Görgülü at Public Policy and Democracy Studies, a think tank in Istanbul.

“This has long been Armenia’s official policy: that they don’t have preconditions. It is Turkey that does, and that’s the Karabakh matter. Unless Pashinyan is prepared to make a move on Karabakh, Turkey is quite limited in what it can do,” Görgülü told Eurasianet.

In fact, Turkey’s response to the sudden change in government in a part of the world where it seeks to project influence has been remarkably muted, likely due to its distraction by a myriad of other foreign policy priorities, from Gaza and Syria to tensions with the United States and the European Union.

It was Erdoğan who, as prime minister, suspended the protocols in 2009, arguing that normalization with Yerevan first required peace in Nagorno-Karabakh. That followed vigorous objections to the protocols from Azerbaijan, a key energy supplier to Turkey with whom it shares close ethnic and linguistic ties.

“Turkey’s Caucasus policies are viewed solely through the lens of Azerbaijan. So even if Armenia wants a breakthrough in Karabakh, Azerbaijan may not,” Görgülü said.

For his part, Pashinyan said Turkey’s preconditions on rapprochement are unreasonable.

"It is illogical to make conditions referring to a third country, when you want to establish relations," he said in a post-election speech in Stepanakert, the de facto capital of Nagorno Karabakh.

Issues beyond Nagorno-Karabakh divide Armenia and Turkey, and historical disputes – primarily the World War I-era genocide in which as many as 1.5 million ethnic Armenians were killed – remain raw between the two nations. Turkey denies the killings were a state-orchestrated genocide.

Pashinyan touched on the dispute, arguing that Armenia "remains committed to international recognition of the Armenian genocide.” Under the defunct protocols, Armenia did not seek Turkey’s official acknowledgement of the genocide.

Still, the election of a popular new leader could give impetus to reconciliation with both Turkey and Azerbaijan, wrote Mikayel Zolyan, a processor at Yerevan State Linguistic University, in commentary for the Carnegie Moscow Center think tank.

While Pashinyan maintains that a compromise can be reached on Nagorno-Karabakh, he has indicated that Baku’s “aggressive rhetoric" make that impossible, Zolyan said. “Sargsyan used to say something similar, but it sounds somewhat different coming from Pashinyan.”