EU and Azerbaijan: Breaking Up or Muddling Through? 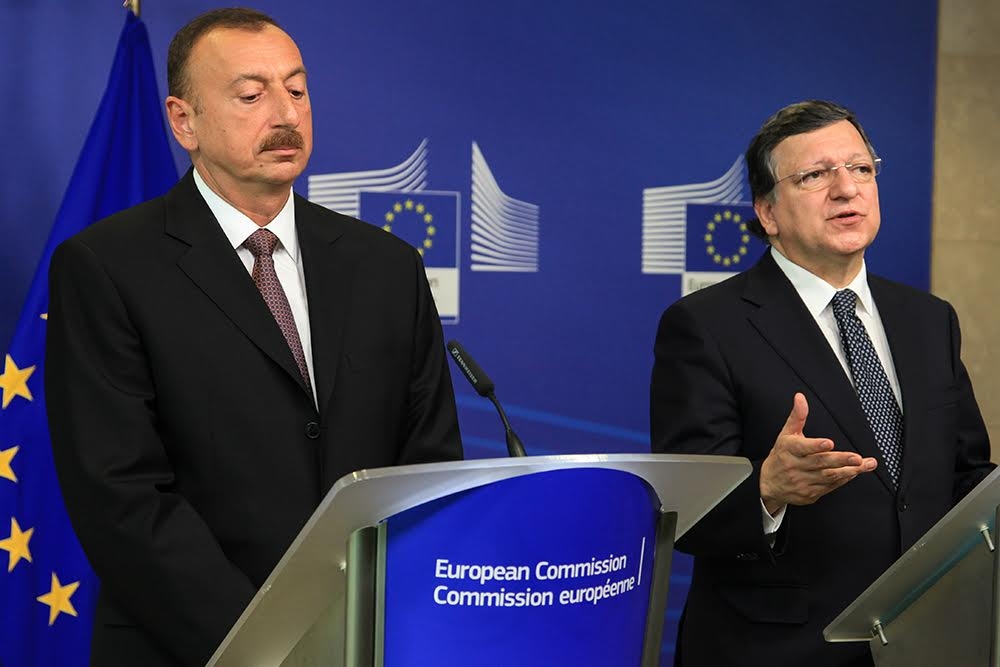 Just three months ago, Azerbaijan was playing host to the inaugural European Games. These days, it seems as though Azerbaijani President Ilham Aliyev’s administration is prepared to make a break with the European Union.

Over the past few days, Azerbaijan’s relationship with the EU has taken a nosedive. On September 10, the European Parliament adopted a resolution that condemned Baku for “unprecedented repression” against domestic civil activists. The resolution also urged EU authorities “to conduct a thorough investigation into the corruption allegations against President Aliyev and members of his family” and consider “targeted sanctions and visa bans on all politicians, officials and judges involved in the political persecutions."

The response of the Azerbaijani side was swift and trenchant: Baku cancelled a high-level visit by the European External Action Service (EEAS); announced the withdrawal of Azerbaijan from the Euronest Parliamentary Assembly; and issued a threat to impose counter-sanctions on the members of the European Parliament.

For good measure, President Aliyev during a public appearance September 15 assailed the EU over its treatment of asylum seekers from Syria and elsewhere, implying that Brussels maintains double standards when it comes to basic rights.

“Where is your tolerance and kindness, generosity; where are your values?” the Contact.az news agency quoted Aliyev as saying in reference to the EU policies concerning the ongoing refugee crisis.

This flare-up is just another symptom of a dysfunctional relationship in which Brussels and Baku have been bogged down for some time now. The current problems are rooted in mismatched assumptions and objectives on both sides. Brussels sees Azerbaijan as a post-Soviet state that, via a partnership arrangement, ought to be integrated into a broader European order governed by the rule of law, democracy and human rights. Azerbaijan, on the other hand, buoyed by its oil wealth, already sees itself as an equal to the EU. Azerbaijani leaders, therefore, seek engagement on different terms. This is why Baku shows zero interest in an association agreement with the EU of the sort signed by Ukraine, Georgia and Moldova. Baku instead seeks a strategic partnership with the EU.

EU has rightly refused to countenance such a strategic partnership with Azerbaijan. Baku’s economic and diplomatic clout simply does not put it in the same league as the EU’s generally recognized strategic partners – India, South Korea or, prior to the Ukraine crisis, Russia.

The areas where the EU and Azerbaijan have overlapping interests – in particular energy trade – are well covered without a strategic partnership. And geostrategically speaking, Azerbaijan’s importance seems set to decline in light of the nuclear deal with Iran, as Baku may no longer be needed by the international community to serve as a bulwark against Iranian mischief. Thus, in essence, a strategic partnership with the EU would be mostly a matter of prestige for the Azerbaijani leadership.

So, what the EU can do other than just muddle through what is increasingly a purely transactional relationship without even a pretense of any common values and goals? The answer is: not much.

The EU is often criticized for issuing statements of “concern” each time an Azerbaijani activist or human rights defender is locked up on trumped-up charges. But it is not obvious that Brussels can do much more to influence the Aliyev administration’s behavior.

EU officials could move ahead with targeted sanctions against individuals determined to be human rights violators, like in the case of Belarus. The European Parliament asked for this on several occasions. Such sanctions would send a powerful message, but, as the examples of Belarus, Iran and Cuba show, sanctions rarely improve the lot of political prisoners and overall human rights situation in a country concerned. Besides, it could be difficult to get all EU member states to agree on sanctions, as some have close bilateral ties with Baku.

There are other ways in which the EU could show its disapproval. One would be to differentiate how it engages with reform-minded governments, such as Georgia, and those that are lagging, like Azerbaijan. For example, Donald Tusk, the president of the Council of the EU, perhaps should not have visited Baku after he was in Tbilisi at the end of July this year. Such a diplomatic snub could potentially have an impact on Azerbaijani leaders, who clearly care about their country’s international image.

Another thing the EU could do is support independent media outlets that cover Azerbaijan – independent from both the government and the opposition.

The lack of clear and effective options is sure to dishearten those hoping to promote civil society in Azerbaijan. But history is rarely linear. It is full of examples of unpredictable, unexpected, unstoppable change. In Azerbaijan, for all the seeming political apathy of its people, spontaneous riots have erupted over abuses in Guba and Ismailly and, more recently, over a suspicious death in prison in Mingechavir.

Such outbursts are not necessarily harbingers of an impending revolt against the Aliyev administration. But the EU should be attentive to the internal processes in Azerbaijani society and ready to extend a generous hand of diplomatic and economic support, if and when a democratic change seems possible. The EU and all other international actors must realize, however, that creating the conditions for change is a task that befalls the Azerbaijanis themselves.

Eldar Mamadov is a political adviser to the Socialists & Democrats Group in the European Parliament. He writes in his personal capacity.