Armenia sees the new EU mission as a force for peace and security, but there is no buy-in from Azerbaijan or Russia. 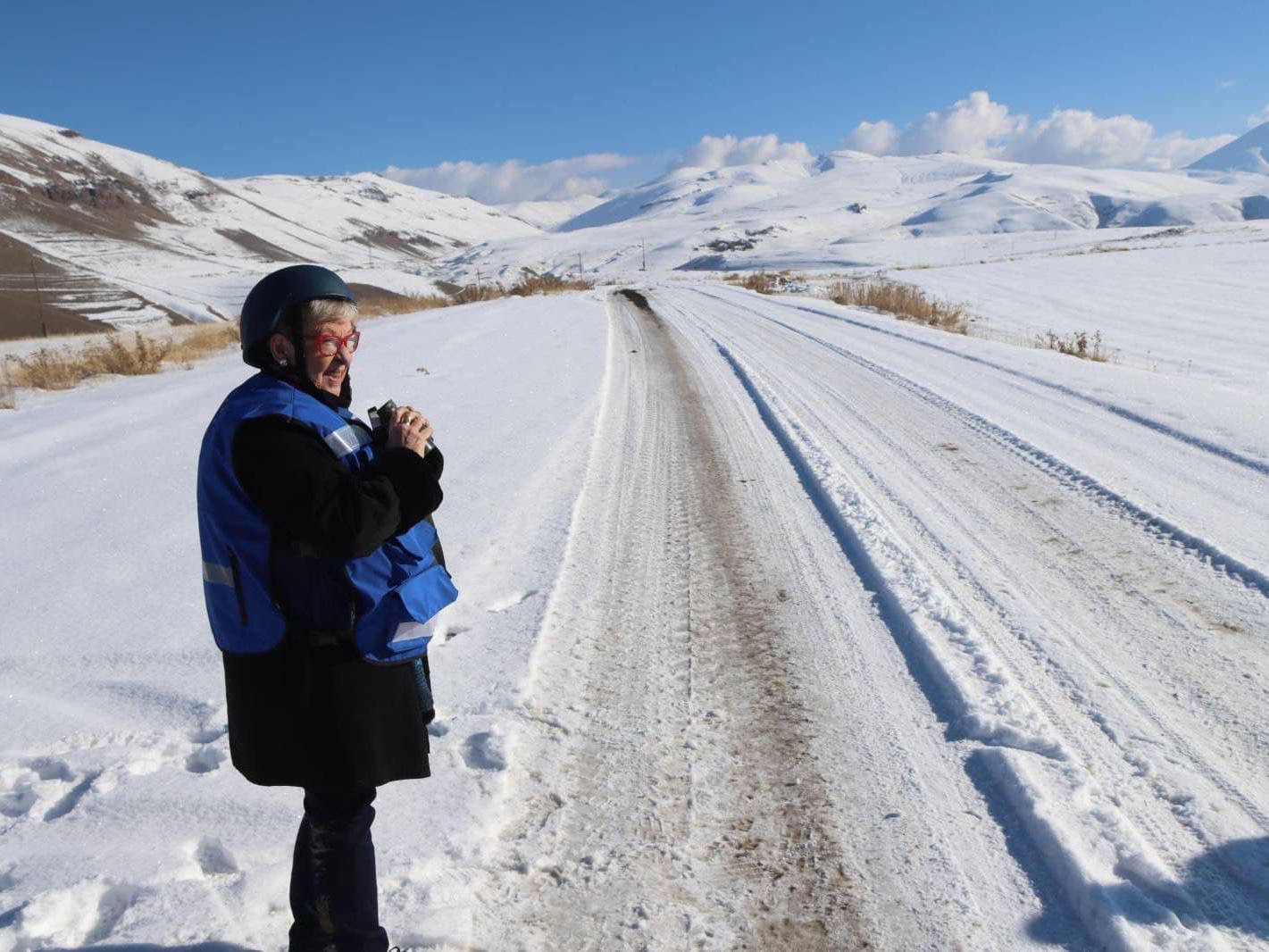 The EU will deploy a 100-strong monitoring mission to Armenia's border with Azerbaijan for a term of two years, a more robust version of an earlier short-term mission that ended in December.

The Armenian authorities had lobbied for and have enthusiastically welcomed the move, seeing it as a deterrent against fresh Azerbaijani offensives.

But it remains to be seen how an increasingly assertive Baku can be deterred by a mission of unarmed civilian observers.

The move is opposed by Yerevan's strategic ally Russia, which has a decades-long military presence in Armenia and whose peacekeepers have been deployed in the Armenian-populated Nagorno-Karabakh region since the end of the 2020 war.

The decision to deploy the civilian monitoring mission was made at the January 23 meeting of the Council of Foreign Ministers of the EU within the framework of the Common Security and Defense Policy.

A European Council press release said the mission's aim was to strengthen stability in the Armenian-Azerbaijani border areas as a complement to EU mediation efforts between the two countries. No precise date was given for the mission's deployment.

The EU's High Representative for Foreign Affairs and Security Policy, Josep Borrell, said the launch of the mission marks "a new phase in the EU's engagement in the South Caucasus."

Borrell later said about 100 observers would take part in the mission.

A previous, limited, iteration of the mission consisted of 40 monitors and operated for a term of two months, from October 20 to December 19, 2022.

Its deployment was a response to the worst escalation on the Armenian-Azerbaijani border since the end of the 2020 war last September, which caused the death of over 300 military personnel from both sides.

"We very much welcome the EU's decision to send a fully-fledged civilian mission to Armenia. We will readily cooperate with the mission and support its activities. This mission will contribute to the peace, stability and security of the region."

Ruling party MP Sargis Khandanyan said the mission would "contain the escalation of the situation on the border." While the observers will be unarmed and unable to intervene in case of Azerbaijani offensive, he acknowledged, at least they will "register cases of ceasefire violations and inform the EU about the situation."

Azerbaijan received the news coldly. The Foreign Ministry warned that the mission must
"duly [take] into account the legitimate interests of Azerbaijan" and "not be exploited for derailing the normalization process between Azerbaijan and Armenia."

It also said "some" EU member states, which it did not name, had pursued "biased approaches" during the term of the initial monitoring mission.

Earlier, on January 10, President Ilham Aliyev had called the EU's intent to deploy a second mission a "very unpleasant fact."

Opposition came from Russia as well. On January 18, Foreign Minister Sergey Lavrov said the deployment of a new mission "could only be counterproductive" in building trust since it would not have the approval of the Azerbaijani side.

Since Armenia's defeat in the 2020 Second Karabakh War, peace talks between Armenia and Azerbaijan have been conducted on parallel, even competing paths. One has been led by the EU, with support from the United States, and the other by Russia.

Russia, traditionally Armenia's lone strategic ally, is falling out of favor among Armenians, due in no small part to its refusal to intervene after the Azerbaijani incursions into Armenian territory last September.

This could be a factor in the EU's thinking, according to Armenian political scientist Benyamin Poghosyan.

"The EU understands that there is dissatisfaction in Armenia towards Russia and now is a good time to use this situation to strengthen its positions and weaken Russia's positions in Armenia," Poghosyan told Eurasianet.